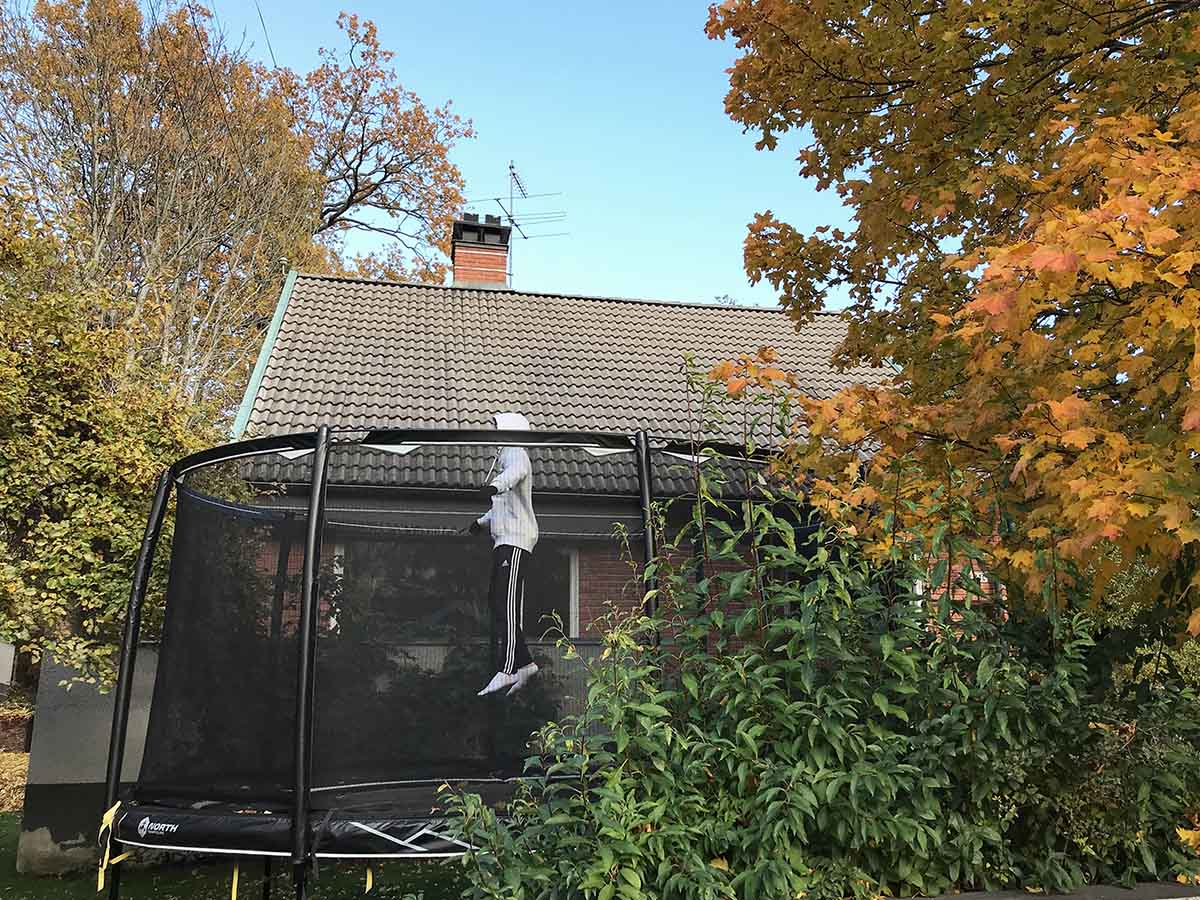 As I walked around the outskirts of Stockholm this week, I noticed tonnes of trampolines: it seemed like every other house had one in its backyard, or in front of the garage.

Swedes take children’s play seriously, at least that is what emerged from the Uppsala Health Summit, where practitioners from around the world discussed the importance of play for infants’ brain-building and for the well-being of pretty much everyone else.

Many researchers I spoke to at the summit swear by the Canadian 24-hour Movement Guidelines for infants and children. Based on worldwide research, the guidelines emphasise the importance of getting the right balance of moving, sleeping and sitting to be healthy. The idea is that everything is good and necessary, even sitting around, if done in the right amount.

My friend Malina seems to be applying these guidelines intuitively, using her garden’s trampoline to help her children strike the perfect balance. Her three kids bounce around to play tag (it is quite a strange process given the limited amount of space they have in there), to exercise, but also to load up screen time, which they only get in limited amounts. It goes like this: for every 15 minutes of trampoline time, you get an extra minute on your iPad.

Bouncing around may seem the perfect way to get your heart pumping in a playful manner, for both children and adults. But this brings me to another element of what I consider fundamental to telling the story of the first 1,000 days: the health of people carrying babies.

“I can’t jump on trampolines anymore; I wet myself.”

That was Kate Winslet, the Oscar-winning actor, who said it on a TV show in 2015. “It’s bloody awful, especially if you’re wearing a skirt. When you’ve had a few children, you know, it’s just what happens.”

There are estimates of urinary incontinence, but the numbers are sketchy because women are often too ashamed to admit to the problem. In the UK, a study by the National Childbirth Trust found that almost half of women who developed incontinence after childbirth were too ashamed to talk about it even among friends.

Despite my fascination for trampolines, I must admit that I didn’t get on one myself this week. Was I trying to avoid the leakage test? I gave birth to Lorenzo eight months ago, and have so far felt lucky because I haven’t noticed any leakage. But Malina told me that she has many female friends who avoid the trampoline, just like Winslet does. She even told me that a friend of hers uses several tampons at once to avoid leaks while jogging.

Why are women and other people who carry babies usually silent about this? Of course incontinence after pregnancy is common, but we should not consider it normal. It is a condition, and it can also be treated with pelvic floor exercises or by having an operation. (If you are reading this and have doubts about it, feel free to reach out and I may be able to point you in the right direction. Depending on your country, treatment may be covered by your health system.)

The more we speak about it, the more I hope I will gather up the courage and try out some bouncing next time.

All of this talking about problems made invisible reminds me of one of my favourite reads this year: Invisible Women, by Caroline Criado Perez, a British feminist campaigner and writer. The book recounts the many ways in which the world is designed by men, for men: cell phones that are too big for women’s hands, drugs that are tested only on men, car safety measures that do not account for women’s size.

Criado Perez shows that this is not the result of a conspiracy but comes from a lack of data relating to women. This gender data gap has created an implicit bias in planning, research and collective thinking, which has real-life consequences for women, especially when it comes to medical consequences.

Going back to incontinence, the book explains that women spend on average 2.3 times as long as men in the toilet. Yet a falsely gender-neutral mindset allocates the same number of toilet stalls to men and women. The result? Well, read what our Othering correspondent, OluTimehin Adegbeye, wrote about this.

By the time you receive this email, I will be in Geneva, Switzerland, at a science journalism workshop about vaccines. Do you have any questions regarding this topic? If so, do hit reply or reach out on social media.