How to change how we talk to children 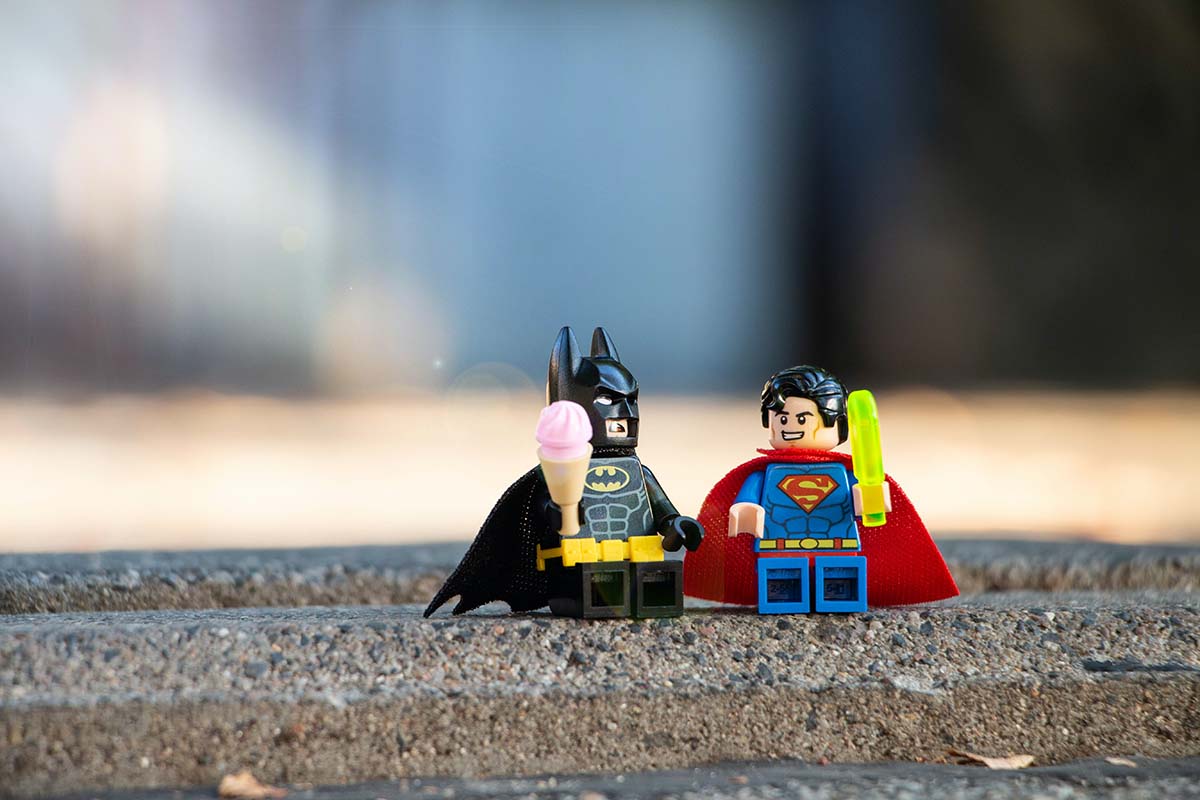 Before we get into this week’s story, an important announcement! If you leave a comment below a story, you can now receive notifications if someone replies or the conversation continues. A few of you had pointed out how impractical it was not to receive notifications. Now, if you go to the comment section, you have a choice to subscribe to all comments, or only to replies. Thanks to those of pointed it out in the past, and to Marina especially who took the time to mention it in our latest Zoom meeting. I hope we can have better conversations now!

Do we want to raise children who are obedient, or children who can question authority when the time comes? It was this question in an online course with US educator Tom Hobson that got me thinking about how I talk to my son and what I want out of our interactions.

You may remember that I published an interview with Hobson, also known as Teacher Tom, a few months ago, and I mentioned his e-course titled The Technology of Speaking with Children. It is in this course that he talks about an experiment inspired by the work of another US educator, Tom Drummond, that we can all try in our interactions with children.

Here it goes: put four pieces of masking tape on your arms. Label them using these four categories: commands, questions, social niceties (hallo and how are you), informational statements (more on these further down). Take a day to walk around with a pen on you. Every time you talk to your child (or your students, or maybe your employees even?!), make a tally mark on the tape according to what you said. And be honest. If you ask “Don’t we have to clean up now, honey?”, is that truly a question? Or is it a command turned into a question? And saying “please” doesn’t transform commands into a social nicety. Even when there is a good intention behind it, for example, if we say “Go in, don’t be afraid!”, it still goes down in the command section.

Teacher Tom says that this experiment helped him realise that about 80% of his sentences at the beginning of his teaching career were commands.

I haven’t tried the masking tape exercise yet because I’m scared of the results. But I’ve started thinking more about what I say — and Teacher Tom is right. I do boss Lorenzo around a lot. “No one likes to be told what to do,” says Teacher Tom. “How must our children be feeling if most of what we say to do them are commands?!”

The problem with commands is that they give children two options only: to obey and to disobey. And this puts us adults in a conundrum. Do we reward obedience? Do we punish disobedience? And where does that leave us if we go down that road day after day? Are we teaching our children that the only right way to act is to do as they’re told and not to question authority?

Of course, the great majority of us don’t boss kids around because we get a kick out of it. We command them because we need to get somewhere in time, because there are things they can’t play with (socks in a toilet bowl after pooping was one of the latest experiments in our house), and because we’re tired and working on auto-pilot.

But children are not extensions of our bodies and minds. They are independent beings who will most likely fight back when told what to do. So, how do we get out of this conundrum? Teacher Tom suggests that observation is our first ally. The masking tape exercise helps us realise that if we’re about to blurt out yet another command, and we want to avoid it, we can stay silent and observe more. We may realise that whatever we were about to command is not as important as we thought.

If we’re about to ask a question, it’s also worth reflecting on what kind of question it is we’ll ask. “What colour is this?” is what Teacher Tom calls a stupid question. We most likely know the colour we’re pointing at and we end up testing our children with our questions. So one way to look at it is to ask genuine questions we don’t have an answer to. The other important element is to consider that children need some time to reflect on a question before responding. So if we bombard them with questions, we may not be giving them enough time to process their thoughts. Teacher Tom says that 30 seconds is a realistic time to allow for answers — and 30 seconds of silence feel like a lot! I’ve tried it and it’s been interesting. I’ve realised I probably just talk too much to fill in the silence.

Then, we must recognise limits and there are moments where we must be firm. If Lorenzo wants to make a run for the busy road, I can’t let him. If he wants to unbuckle his seat belt, I can’t let him. If he picks rocks and wants to throw them at other kids, I can’t let him. Even then, says Teacher Tom, we can watch our language and say something like: “I can’t let you run because it is dangerous” instead of a more generic “don’t run!”. (Clearly, if there is imminent danger, whatever will do though.)

Once the limits are clear, how do we get them to cooperate on other non-life-or-death manners? This is where informational statements come in and a simple rephrase from direction to information can change our interactions.

An example of a command: Clean up, throw the rubbish away.
This can become an informational statement: It’s time to clean up. The rubbish goes in the bin.

Children can then independently decide what to do with that information, especially if we leave them time to do something about it. In the course, Teacher Tom explains how he got less cooperative kids cleaning up by simply narrating what other kids were doing. It’s fascinating. (And if you’re interested in going further into the details of how to have a conversation about things that need to get done, this newsletter by US science and parenting journalist Melinda Wenner Moyer is great. It goes into how to avoid power struggles by quoting the work of US child development specialist Claire Lerner.)

I’ve tried switching to informational statements a couple of times, and it’s shifted something, at least inside myself. It made me more aware of what I was doing and helped me turn off the autopilot. It also helped me question my deeper motifs: did I just want Lorenzo to do as I told him? And why? Was I too tired to interact with him? Did I need an extra break from him? Could I find help elsewhere? Or was this issue so important I couldn’t let him do as he wanted? Was I not establishing clear boundaries? Did I just want to assert my power?

What about you? I’d love to hear your thoughts about how you speak to children. Have you noticed your style? Will you try the experiment? Please leave a message below the story (and remember to turn on the notifications!).

With Cop26 underway, there is no better week to share this long read about why access to nature should be considered a human right for all people. The piece was written in 2019 by Richard Louv, the US journalist and author of Last Child in the Woods, a book that spoke about the importance of connecting children to nature. The long read explains how a movement is pushing to have the right to nature recognised in the UN Convention on the Rights of the Child, and goes into the science of why access to nature is important. The piece may be two years old, but new evidence is coming out all the time to confirm its thesis. A UK study last month showed how the children who had access to nature during the pandemic fared better and were not as stressed. But of course access to nature is unequal and in the United States, for example, communities with lower income have less access to nature. (This issue deserves a newsletter in and of itself, which I will write up soon! Send me your tips, if you are following the issue closely.)

This is a great episode of ABC’s All In The Mind podcast with Sana Qadar, which is slowly becoming one of my favourites. In this episode, Language and Loss, Qadar interviews author and linguist Julie Sedivy about her relationship with her native language Czech and how she lost it growing up in Canada. Sedivy studies language and combines her personal experience of loss with psychological insights. I look forward to checking out her book Memory Speaks and sharing my thoughts later on, but in the meantime, I highly recommend the podcast.

This short BBC video shows the work of Swiss-born Brazilian photographer Claudia Andujar who dedicated decades of her life to documenting the life of the Yanomami people, one of the most numerous Amazon populations who live between Brazil and Venezuela. Andujar first visited their communities in 1971, at a time when Brazil was led by a military dictatorship. She was told to leave those territories, but she kept going back, eventually turning into an activist for the Yanomami rights. Now in her 90s, Andujar reflects on her work and on how she managed to get accepted by the communities. Her body of work showing children, women and everyday life shows intimacy and understanding and helped me mind-travel to these distant communities.

This Scottish nine year old articulating very clearly why she skipped school to join Greta Thunberg and thousands of other children and activists for a Fridays for Future march at the Cop26 talks in Glasgow.

3 thoughts on “How to change how we talk to children”