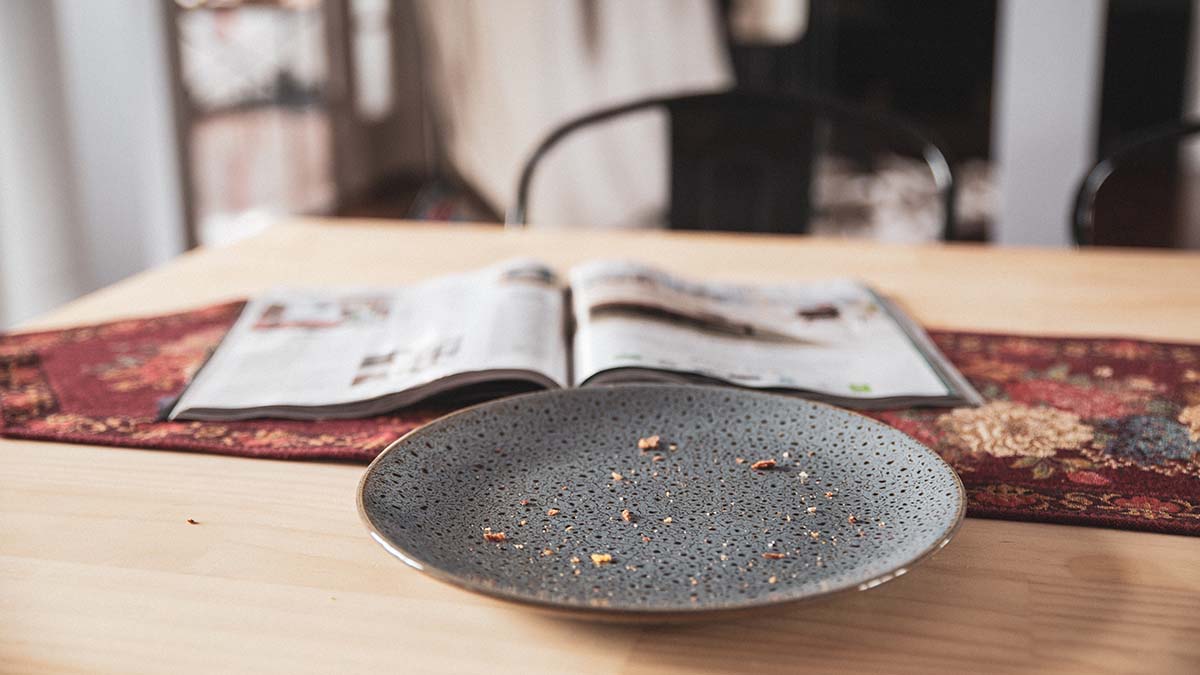 Little Thumb is one of those old fairytales with so many horrible details that it would never make it into a children’s book these days. It became popular in the 17th-century version, written by France’s Charles Perrault, the author of Cinderella and Sleeping Beauty.

The story goes like this: a woodcutter and his wife, who are very poor, have seven sons. The youngest is as small as a thumb and is blamed for all the wrongs in the house. When the family goes hungry, the father decides to abandon the children in the forest, despite the mother’s protests. Little Thumb overhears the conversation between his parents and comes up with a plan: as he and his brothers walk along with his parents in the forest, he will leave pebbles along the path so that he can bring his older brothers back home.

When the children return home, the mother is very happy. But when they all go hungry again, the father decides to leave the children deeper in the forest.

Little Thumb overhears the conversation again, but he does not have enough time to gather pebbles. He leaves behind bread crumbs and cannot make his way back again – because the birds have eaten them.

I will save you the rest of the story (which involves such gems as an ogre that kills his seven daughters by mistake, and Perrault’s reflections on how husbands prefer their wives to be quiet). In the end, you will be pleased to know, Little Thumb manages to somewhat magically fix his family’s financial disaster.

The moral is – yes, these old fairytales always come with an explicit moral – that families may overlook the least endowed of their children, but sometimes the family’s urchin is the one that brings fortune to the house.

I most probably was reading some abridged, Disneyfied version of this story when I was young. Or maybe I was lucky enough to delete some of the most gruesome details from my memory.

What stayed with me throughout the years was this idea of a small boy leaving behind crumbs to retrace his journey. The idea was there as I travelled with my parents in our camper van throughout Europe, and later, when I was 17 and left Naples, the southern Italian city where I was born, and moved to several different countries.

At some point, I noticed that a lot of my journeys went through London, UK. I started daydreaming of owning a map that could represent my steps as a luminous thread – each journey would represent a different colour. Through these threads, I would see how my steps overlapped or diverged.

These days, our mobile phones leave all those traces, and we don’t need Little Thumb’s tricks to make it anywhere.

I got thinking about this story, because this week I am packing.

I pack almost every week, because we have not had a stable home since May – out of choice – and we have done a lot of travelling. All of our belongings are stored in suitcases in our van. But we often have to rearrange things, like now, as we need to prepare for summer.

I am thinking of Little Thumb because I would love to give Lorenzo, my nine-month-old son, a map on which he will find the tracks of his very first journeys. He was born in Perugia, in central Italy, but has so far travelled to Rome, Naples, Milan, Trento, Lampedusa, Lausanne, Zurich, Geneva, Amsterdam, Stockholm, Uppsala, Berlin and Toulouse. And he is about to get on his first intercontinental flight.

I sometimes worry about the lack of physical rooting he is experiencing in his first 1,000 days, but then I think that travel is an intrinsic part of my life and my husband’s life. It would be artificial to shelter Lorenzo from our travelling, especially considering that our family and friends are spread all over the world.

Our life creates a lot of love miles, and some unease about flying – though we do travel slow as often as we can. But I guess that most of my guilt comes with the idea of not having given him a stable bedroom in which to wake up every day.

Let’s draw an important distinction here: Lorenzo does not have a stable home, but he has always had a roof over his head, and he seems to enjoy being in the company of many people.

I keep reading that the wellbeing of parents and carers is quintessential in a child’s upbringing. In that case, should my professional and adventurous side have more importance than a stable home?

What is home, anyway?

I remembered these contradictory statements about home that anthropologist Ruth Behar wrote:

“Home is a concrete location on a map.

Home is a set of memories that can’t be confined to any map.

Home is the street where you took your first steps.

Home is genealogy, who begat whom, and how you came to be.”

By the time you read this, I will be in Buenos Aires, and Lorenzo will have already been welcomed by his 13 cousins, many loving uncles and aunts, and our wider circle.

Until next time, from the other side,

PS If you are in Argentina, please drop me a line. I would love to meet up!