Menu
Become a member now
Despite the sometimes deadly consequences, church and state have always made sure abortion was legally restricted in Argentina. But the tide is turning. By engaging with young people and building a diverse coalition, pro-choice activists are forcing the government to act.

The birth of a movement: how activists are winning the battle to make abortion a right 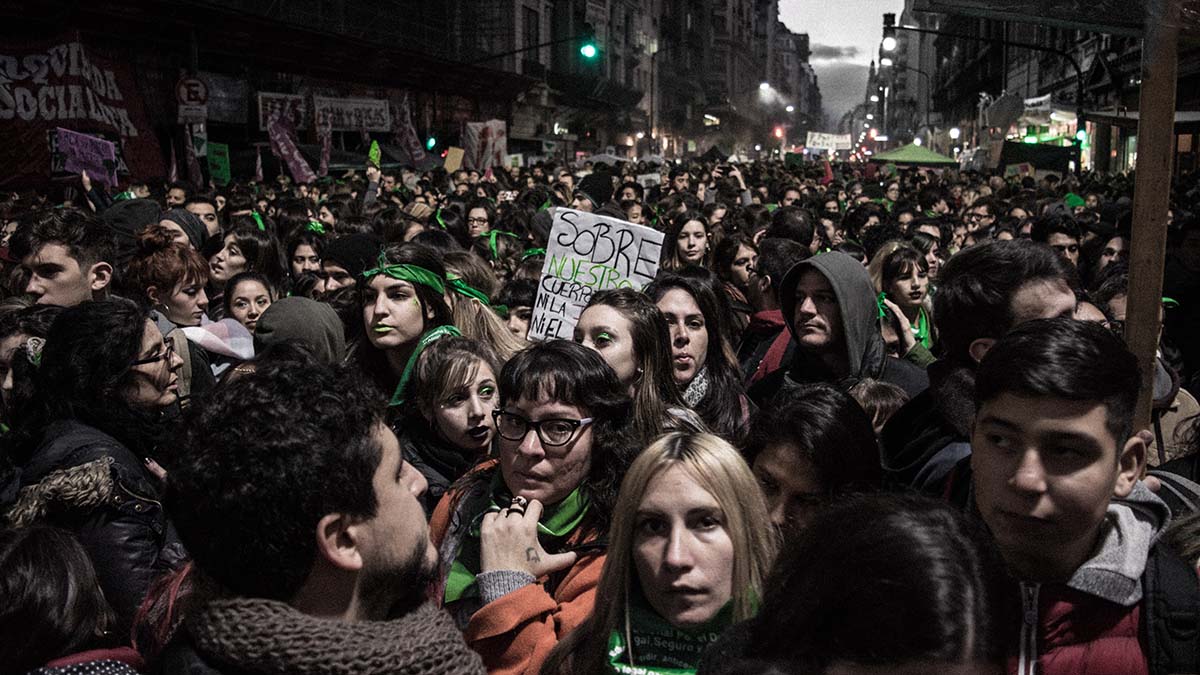 If you visited Buenos Aires recently, you would notice two things. The first is how empty the streets are. As the temperature has hit 40C, many locals have escaped the oppressive, muggy January heat. Schools are closed for vacation, roads are empty, and vacant chairs and tables line the sidewalks outside the many cafes dotted around the city.

The second thing is the colour green.

Like with the red-and-white stripes of the children’s book Where’s Wally?*, you don’t notice the green details until you’re looking for them. Then you can’t stop seeing them: green bits of fabric rolled around the straps of backpacks and handbags, green bands on women’s wrists, green ribbons and triangles graffitied on walls.
(*An illustrated children’s puzzle book, known as Where’s Waldo? in the US.)

They’re remnants of a mass protest from 2018. As the Argentine congress debated a bill to legalise abortion, hundreds of thousands of women took to the streets. Clad in green, they shouted: “Sexual education to decide, contraceptives to prevent abortion, legal abortion to prevent death.”

So just like many sport the jersey of their favourite football team, Argentines now wear the colour to identify themselves as pro-choice and in favour of women’s rights.

But being pro-choice in Argentina is not always easy. In Latin America, more than 97% of women of rep…