The life-changing power of reading aloud 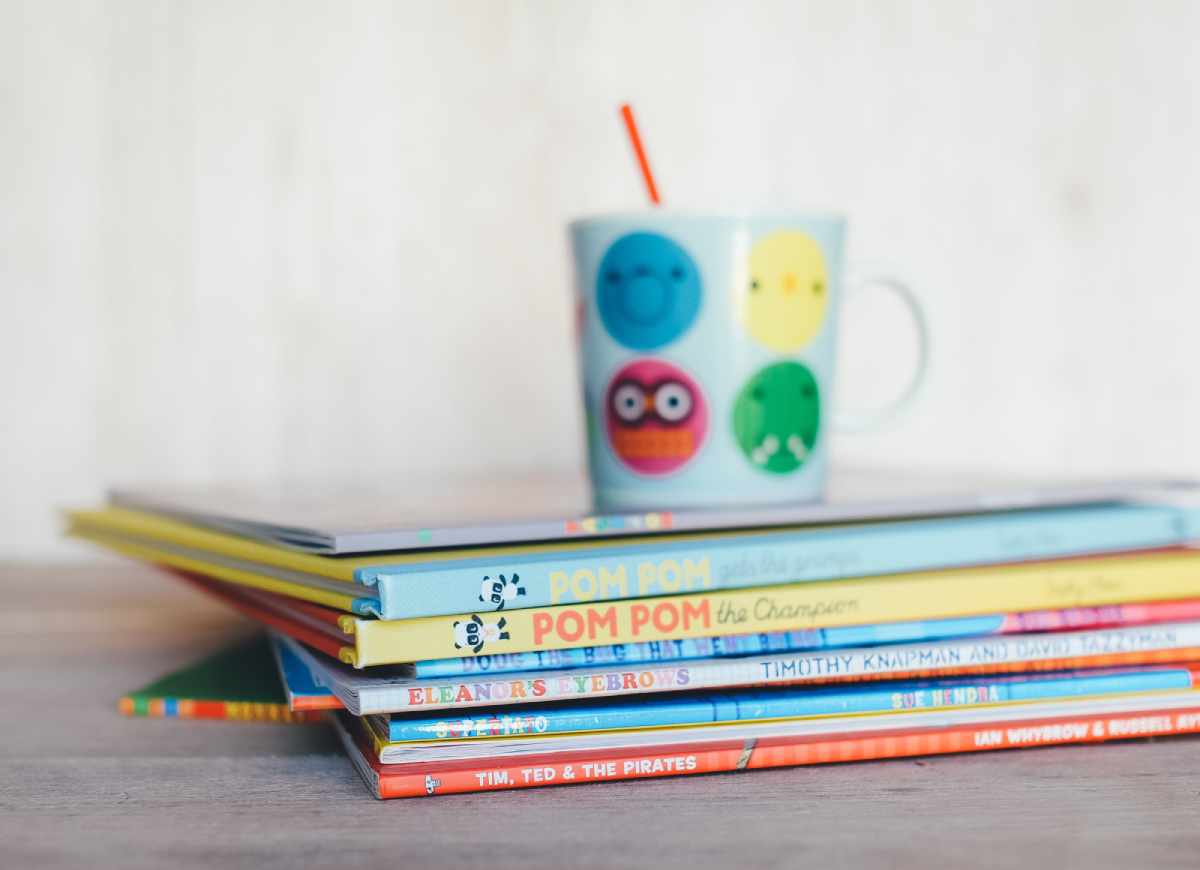 When I was pregnant with my son Lorenzo, I would often sit down and read aloud to my belly. I wouldn’t read just anything. My plan was to get him acquainted with my all-time favourite author who gave me my first experiences as an independent reader: Gianni Rodari.

Rodari, an Italian writer who received the Hans Christian Andersen Award, the top prize for children’s literature, in 1970, has been a constant source of inspiration for me. Rodari showed me how to play with words and create absurd new worlds just as a child would do, as I wrote a couple of years ago in this newsletter on the creative process.

You might ask, why bother reading aloud to a child in the womb? To be fair, I personally don’t really enjoy listening to audio books or even to friends reading aloud. To me reading is a private exercise, something I often do too quickly, scanning words sometimes too rapidly because of my impatience.

But when I was reading to my belly, I knew it wasn’t something I was doing for myself. The evidence is clear: starting at four months of pregnancy, babies in the uterus can start to hear, and they start recognising the voices of their mother as well as other important people who are around. Research has also shown that nerve cells connected to later language acquisition are formed even before birth with auditory stimuli — talking or reading.

Reading aloud from the womb to the elderly

But does this mean extra homework and pressure for parents — and what happens if we didn’t directly read to our children in the womb? Are they doomed to be slower learners?

The good news is that the plasticity of our brains in the first years of life is immense and, while it is clear that the earlier you expose children to reading, the more they get used to it, even later exposure can make an incredible difference.

Federico Batini, a professor at the University of Perugia, in Italy, is one of the world’s leading researchers on the importance of reading aloud. I spoke to him months ago about this fascinating topic — and the story is finally with you.

Batini joined academia after years working as a teacher and trying to engage youth who were at risk of dropping out of school. She helped them learn about themselves through guided readings and storytelling (or the so-called narrative guidance method). When he joined the University of Perugia, his initial work was on how much reading aloud to Alzheimer’s patients as well as other elderly residents of care homes helped them stimulate their memory. The results were incredibly positive: after years of cognitive decline, patients show impressive improvements in short-term memory and the use of words.

“So we started asking ourselves: what can reading aloud do during early development?” Batini told me. They soon found some daycares and primary schools that were willing to carry out experiments. They trained teachers to do guided readings, where the teacher read aloud to kids and had them list their daily activities. They then evaluated children before and after the reading aloud interventions and compared the results against classes that had not participated in the experiment.

What they found is that what makes a real difference is one hour of reading aloud a day by the teacher — not divided up into many sessions, but at most in two half-hour sessions. “It is like warming up your body to do exercise, it’s better to do it once or twice a day than six times for very short sprints,” says Batini.

The life-changing effects of reading

The experiments were so successful that Batini was approached by Giunti, a major publishing house, to develop a project among school teachers: “Leggimi Ancora / Read to me again. Reading aloud and life skills”.

And then, in 2019, Batini was part of the team that launched a project in collaboration with the region of Tuscany to train teachers from daycares to secondary school to read aloud for an hour a day. The project, called Leggere Forte, found that an hour of reading a day to children up until the age of three helped them develop their language skills 15% more than children who did not have the same experience. They also developed higher levels of attention, better memory and a better relationship with books.

But while some projects focus on the importance of reading aloud just in the first years of life, Batini and his team stress that these techniques can have great results throughout life — all the way into old age. “I am a proponent of praising second chances,” says Batini.

He adds that a lot of their latest research focuses on the effects of reading aloud at primary and secondary school age. During this period, parents typically take for granted that a child has already developed enough tools to understand text, and children are left alone with their skills — or lack thereof.

The importance of reading aloud even at a later age has to do with breaking cycles of educational poverty: if a teacher assigns books to read at home, usually only children with parents who are more involved or more keen to reading will end up reading. “But if the reading and guiding through a text happens in school by the teacher, you have a truly democratic tool to create change,“ says Batini.

And by the way, it doesn’t matter what we read to our children, especially at an early age, says Batini. Children up until the age of three “are in a developmental stage where their brain is like a sponge, so there are no books for three-year-olds. What they will like depends on what exposure they had to reading.”

And again, don’t worry if your child’s daycare doesn’t do an hour of reading aloud to your kid every day, and if you don’t do it at home. I try to think about this kind of research not as extra homework but as important scientific information that we should ask our government and schools to incorporate in their curricula.

Please let me know about your experiences reading aloud to children — I know that worldwide there are some great projects that support parents to do so, and I will come back to them. But if you know of any, please do share. As usual, you can leave a comment below this story, by becoming a paying member.

Do make time to read this piece by Ukrainian journalist Anna Akage, with whom I have the luck to work at online news magazine Worldcrunch. Now based in southern France and working part-time at a five-star hotel, Anna tells of how her cheekbones hurt “to smile at people with plump wallets from stable democracies.” She even finds beautiful words to describe how absurd and stark the contrast is between her home country and her daily life: “and right here, right here in my fatigue and displacement, in my everyday dreams, they are flying, flying nonstop these blind fucking rockets. Flying and falling on children, on flowers, on roads, scraping scars on my heart and my body.”

This episode of Janet Lansbury’s Unruffled podcast gave me a lot of food for thought. There has been a recent flurry of articles in U.S. media about the idea of “gentle parenting” and how unrealistic it is to implement on a daily basis. There are many definitions of gentle parenting, but the overall sense is that you try to parent without punishment, by not yelling and always respecting your child.

Lansbury is a U.S. educator who has become famous for her approach that she calls respectful parenting, and her work has been referred to in many of these recent articles. In this episode of her podcast, Lansbury addresses the doubts of a parent who says that gentle parenting is too high an ideal to respect, and she agrees. “I started to see those ideals as signposts. They weren’t a destination even. They were just helping me go in a direction, baby step by baby step. If I didn’t have those signposts, I couldn’t be assured of the direction that I was taking. But it wasn’t about achieving those signposts or not. It was about the journey, the process,” she says.

I’ll be covering this topic in more detail next week.

I finally watched Disney’s Encanto (I went for the Spanish-language version rather than the English one because I find exaggerated accents hard to swallow). The film had a much bigger impact on me than I could have imagined. It’s set in a remote, lush town in Colombia, where the Madrigal family keeps the community together thanks to the magical gifts they have received. The film follows Mirabel coming of age, but more deeply, the film is about intergenerational trauma and the fear that gets passed down from generation to generation. (I won’t spoil it for you, but the seed of the story has to do with armed violence and a killing.)

Thanks to BBC South America correspondent Katy Watson for her post reflecting on the death of four-year-old Liza in the town of Vinnytsia, in Ukraine, where a rocket attack hit hundreds of kilometres away from the war frontlines, killing dozens of civilians. “Yes, the fact the little girl had Down Syndrome is a part of her identity and my colleague Sarah (Rainsford) wrote about it just as her mother would have wanted her to be remembered — that her little girl was more alike than different, a little girl that may have been slower in walking and talking but she was smashing it out of the park before her life was brutally ended,” writes Watson. “But @apnews and @nytimes need to do better. People don’t ‘suffer’ from DS, they suffer from prejudice like this, assuming they suffer. And to say that her mother made a ‘touching, loving effort’ to care for her is patronising and offensive — she loved her daughter like parents love any child. it wasn’t an ‘effort’ and it wasn’t ‘touching’, it was parenting. These words wouldn’t have been chosen if she was neurotypical,” she writes.

4 thoughts on “The life-changing power of reading aloud”