Do you share your childhood games with your children? 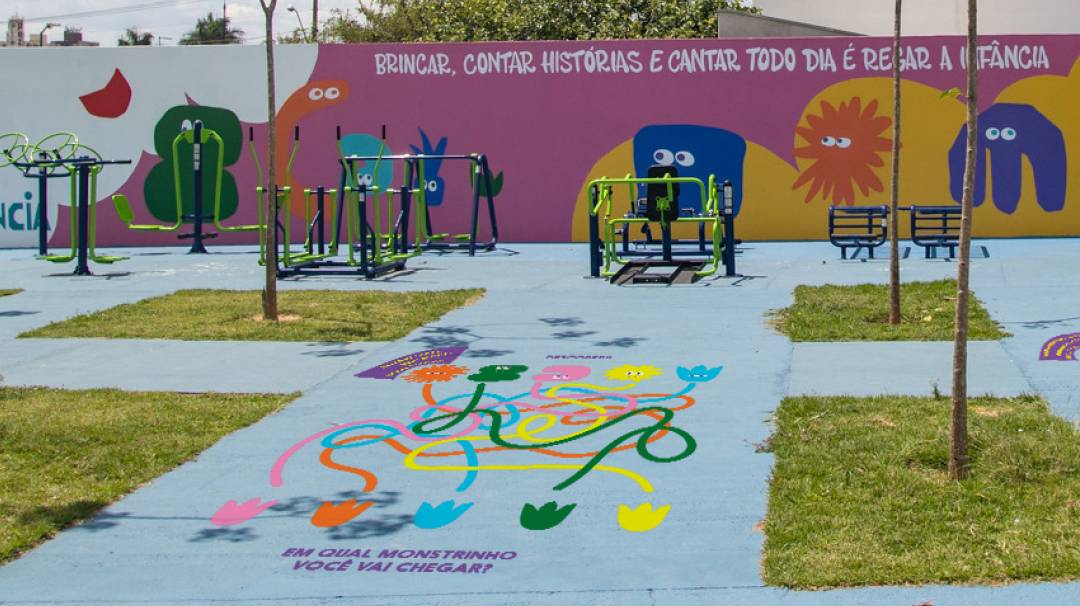 We journalists should never act as psychologists, especially when it comes to the topic of how to approach children. Yet being aware of what happens to them and how they can react to hardships should be an important part of our reporting.

This is the main takeaway from an insightful panel that I moderated this past Monday, on the mental health of children and caregivers. I saw a few of you there (thanks for participating!) and I will share a link and some takeaways soon.

I have also been meeting with many journalists working on stories in Peru, Costa Rica, Turkey, Ukraine, Ecuador and Venezuela; these are people who I am mentoring as part of the Early Childhood Journalism Initiative which I lead at the Dart Center for Journalism and Trauma at Columbia University. All of this amazing planning and reporting on the first 1,000 days — not to mention a top secret project I will mention to you soon — means that this newsletter is coming to your inbox one day later than planned. And so I haven’t managed to write about what I had initially envisioned — an update on one of the families I met in Lesbos. That’ll now come next week.

Playing in Brazil
Let me take you to Brazil instead, where a group of behaviour change specialists at the Allma Hub Criativo asked parents and carers how they could engage better with their children. They heard about very real struggles — long working hours and commutes, low pay, violence in their neighbourhoods. But over and over again they heard from carers that the best moments they shared with their children were when they themselves could remember happy moments from their own childhood — a game, a tongue-twister, a song.

Thus the “Pé de Infância” project began. It is part of the Urban95 Network, an initiative to change cities to make them better from the 95cm perspective — the height of a healthy three-year-old. They collaborated with municipalities in towns across three states (Jundiaí in São Paulo state, Fortaleza in the north east, and Ubiratã in southern Paraná), to create visual prompts in urban areas; they painted pavements at bus stops with old nursery rhymes or graffitied on walls at health centres.

One of the most famous parlendas (tongue-twisters or word games) goes like this:
Um, dois
Feijão com arroz

It rhymes in Portuguese, and it says: one two, beans with rice, three four, beans on the plate, five six, speaking English… and so on.

In one of their interventions, “Pé de Infância” painted the rhymes of this parlenda on stairs, and they saw children singing it while going up the stairs.

This project is very new; it was only launched last year, so there is no data so far on the effect it is having on families. But the urban interventions and the toolbox, which includes a WhatsApp channel to share music and videos, was developed through research involving 84 community members and 20 experts. So it is definitely a space I will watch out and come back to.

(For transparency: the Urban95 Network is run by the Netherlands-based Bernard van Leer Foundation, which is one of the main organisations worldwide promoting efforts in favour of early childhood policies. The foundation is also a “member” of this newsletter, and co-funder of the Dart Center Early Childhood Initiative I am leading.)

How nostalgia helps carers play better
This initiative reminded me of what I have heard play practitioners say so many times in the past: adults need to connect to the fun they had in their childhood to better understand their children’s play. I’ve written about this before, in reference to a Brazilian film I loved.

So I got thinking about my own favourite games: on the beach in those hot summer months in Greece in our camper van, building sand castles and volcanoes (like Mount Vesuvius!) and collecting shells, “conchiglie”; with my brother throwing a ball around our shared bedroom, its view onto the courtyard where many neighbourhood children played outdoors; with my best friend Laura, turning people in our daily life into comics characters (my brother became a potato who was eventually married to Laura’s baby sister…).

Beach games remain some of my favourites with Lorenzo, I must admit, and I also love singing him songs from my childhood — until I realise how weird, dark, and sometimes racist they are — but that is for another story…

And you, what are your best memories of play as a child? I would love to hear them! As usual, leave a message below this story.

We often fret about the effect of screens on young children — but what about the effect of the use of screens of carers on our children’s development? “My own adult children like to joke that they wouldn’t have survived infancy if I’d had a smartphone in my clutches 25 years ago,” writes Erika Christakis in this piece for The Atlantic magazine. Data shows that “distracted parenting” (being distracted by screens) poses a physical danger to children, but this piece focuses on the impact of distracted parenting on children’s cognitive development. “Toddlers cannot learn when we break the flow of conversations by picking up our cell phones or looking at the text that whizzes by our screens,” psychologist Kathy Hirsh-Pasek tells Christakis. A sobering read, one that I hope won’t prompt guilt, but rather awareness — with a positive note: children are actually really good at getting what they want (i.e. our attention).

Problems with breastfeeding can turn into proper clinical trauma — one that is usually ignored by health providers. That’s what Professor Amy Brown from Swansea University, author of Why Breastfeeding Grief and Trauma Matter and other books, told journalist Claudia Hammond in this BBC podcast. It’s about the feeling of guilt and anxiety that mothers who want to breastfeed feel when it doesn’t work out as they envisioned.

An OB-GYN and his therapist — two men — command attention in this under 10-minute film about obstetric violence. It’s performed in a comic-horror way, where a gynaecologist becomes the screaming person in labour, and slips in comments about how gynaecology has nothing to do with sadomasochism… In That’s The Way It Is (“Si è sempre fatto così”), Andrea the doctor is explaining his nightmares about the “torture” women in labour have to go through — while admitting to his puzzled therapist that it has simply always been this way. The short film was created by Italian activist group Freedom for Birth in response to WHO recommendations on how a woman can choose her position for labour, or avoid procedures such as episiotomies. It is an animating watch, depicting how the grotesque and surreal way that so-called routine procedures implemented by Italian hospital staff do not take the real needs — and rights — of women into account.

Edris is a big yellow school bus that visits Yemeni refugee camps and provides a mobile education for elementary school children; according to Unicef figures, some two million Yemeni children cannot attend classes because of the conflict, a civil war which has been going on since 2014. The article in The Guardian adds that priority was given to older students, due to limited capacity, and not to younger children, but I enjoyed reading about what an important role formal education can play sometimes.

📣 This week’s edition of The First 1,000 Days was edited by community member and friend, Nabeelah Shabbir, who will never forget the drama of hand-clapping games as a child.

2 thoughts on “Do you share your childhood games with your children?”