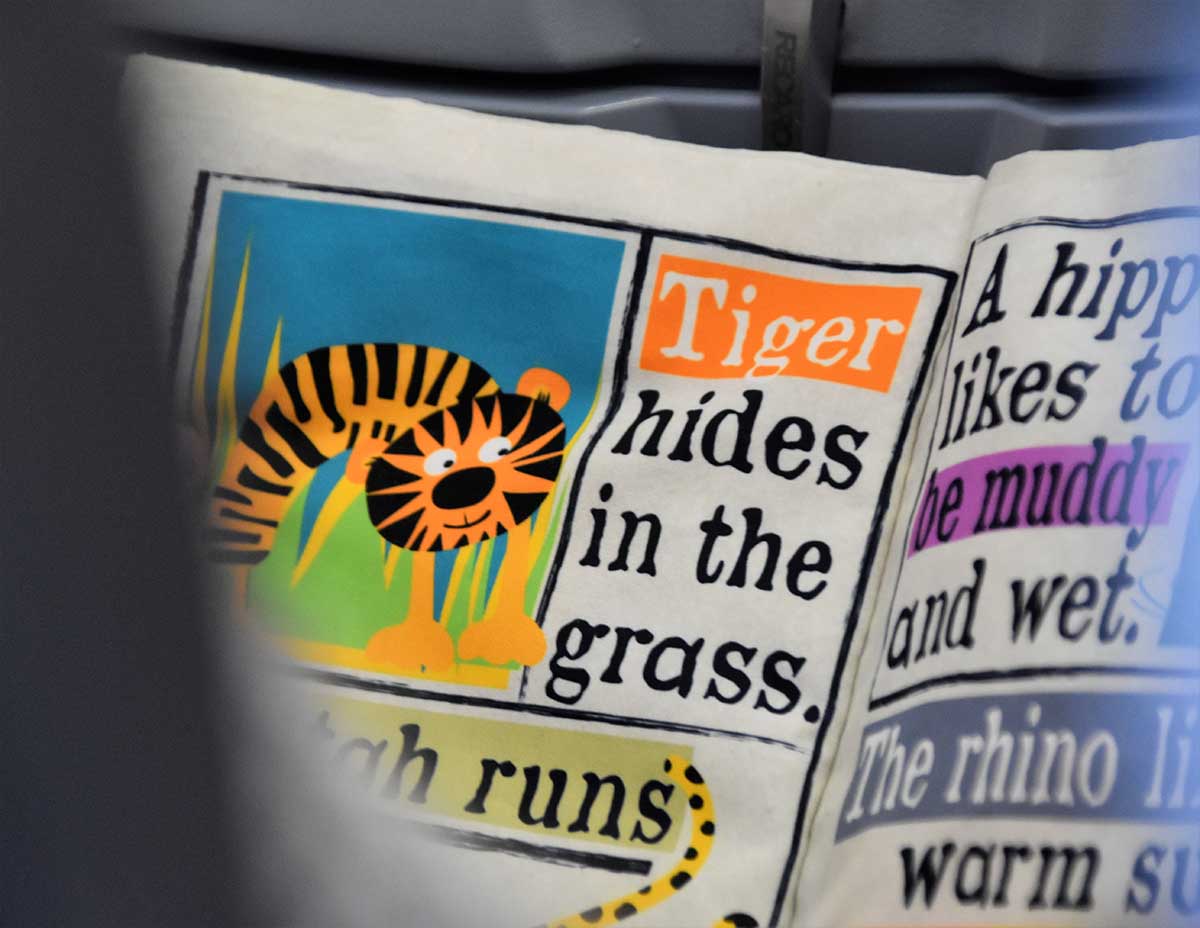 Above our home in the south of Athens, Greece, Lorenzo often sees dragons. That’s what he thinks aeroplanes are, as we’ve been reading Anita and The Dragons. The book is no fantasy yarn, but is actually about migration: Anita, a little girl from the Dominican Republic, tells the story of her last day in her country before she hops on a dragon with her family in search of a better life.

Written by US-based Latinx author Hannah Carmona and illustrated by Brazil’s Anna Cunha, the book is one of my favourites for several reasons. First of all, it ventures lightly into a heavy topic that is otherwise difficult to approach: economic migration.

But there’s something else: I love the idea of an aeroplane as a dragon. I like the idea that Lorenzo doesn’t see these machines as vessels to go away on for work or leisure. I like that he can imagine something bigger. That he is learning about an aeroplane as a way to escape war or poverty, as an unimaginably big creature that tears people apart from their worlds. I also love the appeal that dragons have on young children, and how the book plays with that. Dragons are the stuff of fairytales. They can be the dreamlike creatures that bring us closer to our loved ones who live far away.

Aeroplanes are also awful polluters — another thing which makes them beast-like. It’s purportedly the worst side of a dragon, imagined as an out-of-control, fire-spewing monster that destroys everything around it.

Lorenzo looks at dragons from afar. He doesn’t remember the dragon he rode to meet the Argentine side of the family before the pandemic. He says he would love to fly to Argentina to see his uncles, aunts and cousins, but he is also wary and a little scared. Perhaps that’s a better balance that Covid-19 is pushing us towards: aeroplanes are special beasts that we can mount in exceptional circumstances, to escape disasters or to bring us closer to family. The British environmentalist and writer George Monbiot would argue that “love miles” are not ethical — and that’s worth a different discussion.

I’ll write more about the importance of children’s books with diverse themes and on how important it is to read aloud to children. In the meantime, I’d love to hear from you. Is there a word or concept that you have — or a child in your life has — adopted after reading a book? Do share and let’s get the conversation going on the website, below this story.

This report on the maltreatment of women during childbirth in Kenya is chilling. Staff at public hospitals are not only underpaid and overworked, but they are contributing to the stigma attached to women who live in poverty; many are under investigation for mistreating women, causing stillbirths and high mortality of infants. Unbias the News gets a local reporter to tell the stories that mainstream media organisations are less likely to tell. This piece is a great example of the good work they do describing what’s going on behind some truly horrific acts.

I’ve been devouring Appearances, a deep, moving, somewhat disturbing podcast by Sharon Mashihi, a US creator of Iranian origins. It is a one-woman serialised show that is part fictional and part true. Mashihi, who does most of the voice acting herself — even to personify other characters in the show — touches on the issues of womanhood, children, relationships, and migration through the inner thoughts of main character Melanie Barzadeh. One episode is dedicated to Melanie’s decision to have an abortion — and it was so raw and intense that it had me in tears.

Talking about dragons, I watched this short report by British broadcaster Channel 4 on the Afghan under-18 women’s football team who managed to escape the Taliban and settle in Portugal. I’ve been following women’s football in Afghanistan for a while, since covering the incredible story of Afghan-born Danish player Nadia Nadim a few years ago.

The beautiful images captured by refugee children from Syria now living in Turkey. A project called Darkroom gave old analogue cameras to children and taught them to use a dark room to see the entire process through. Initiated by Turkish photographer Emel Ernalbant, the project is now run by young Syrian photographer Serbest Salih, who also left Syria because of the war. The photographs of the children are now available in a book; I hope to get my hands on it soon.

Thanks to Tassos, a member in Greece, for this public shout-out! If you enjoy this newsletter, click this link and feel free to share widely. It helps the community grow. And thank you to Nabeelah too, who shared this pearl of knowledge I did not know: tiramisu, Italy’s most famous dessert, was partly inspired by the energy needs of a breastfeeding woman. What?! Yes, you heard me right. The son of Italy’s father of tiramisu tells the story here.

📣 Nabeelah Shabbir, a member of this community and a friend, edited and improved this week’s newsletter with lots of love, logging in from Slovenia. Thanks, Nabeelah! (If there are mistakes, they are my fault, not hers!)