How do we really listen to kids about their needs? 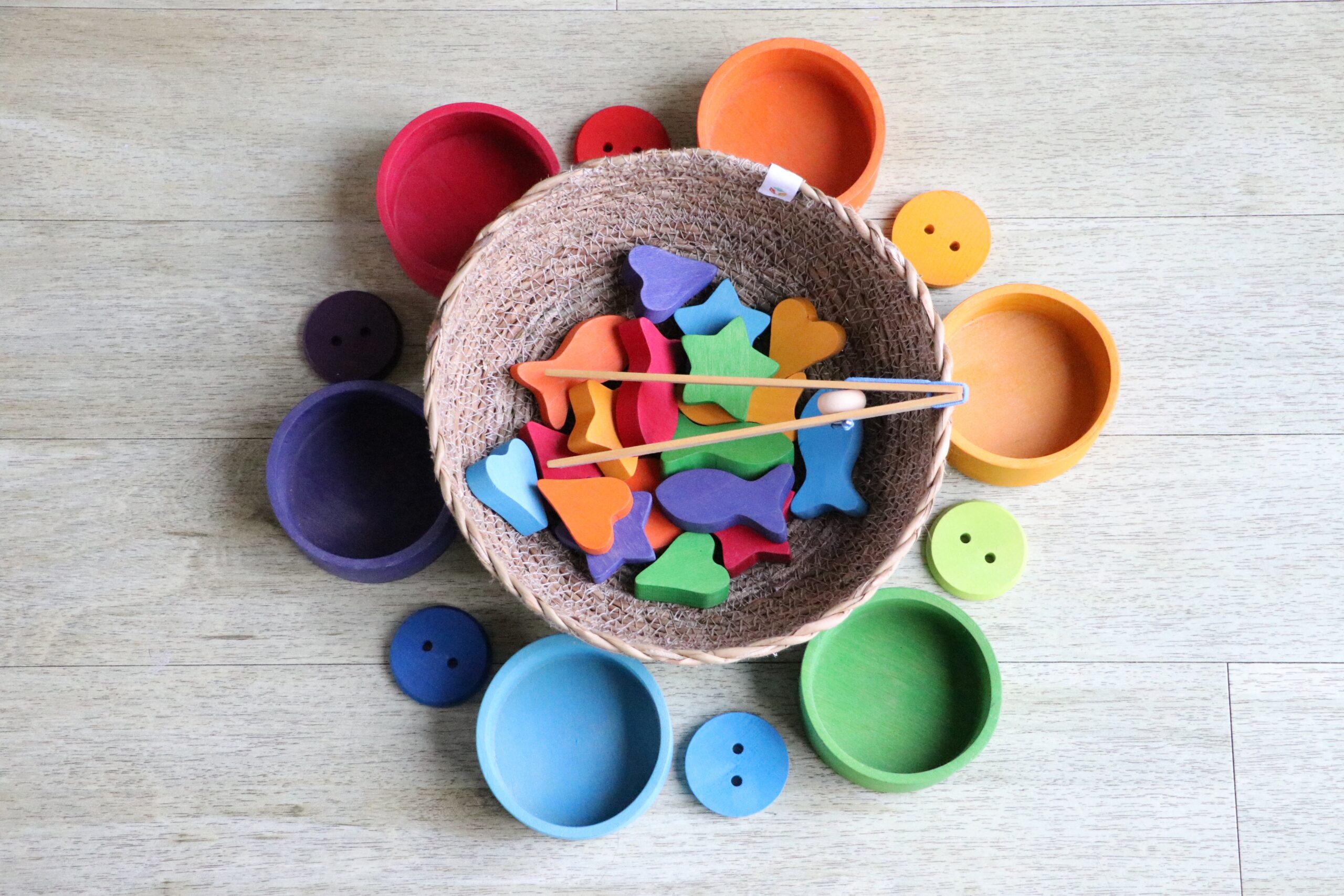 Some like to call children our future. It’s technically true: they will most likely outlive us adults. They have more time on earth and fresher, more innovative ideas. But children are also our present. If we stick to the United Nations definition of children as under-18s (yes, it is a faulty definition, but I’ll dedicate another story to unpacking that), children represent close to a third of the world’s population. A third of our present.

While it’s true that most decisions taken today will affect children more than us adults, simply because they’ll be around for longer, decisions taken today also affect children today. Let’s think about our immediate neighbourhoods and cities. Is there space for children around where you live? Can they go out and cross the street by themselves without risking being run over by a car? Are there enough places where they can meet with their peers and play?

The latest research on play in the UK, led by Prof Helen Dodd, a member of this community, shows that children of primary school age are losing the freedom to play independently and are not allowed to play outside on their own until the age of 11 – two years older than their parents’ generation. The British Children’s Play Survey, the largest study of its kind, found another important detail: in the sample of 1,919 parents or caregivers with a child aged 5–11 years, children played for an average of three hours per day, with around half of that time being outdoors.

Let me go back to my initial question: what kind of present are we making possible for children around us? If we give priority to cars and parking places, where can children play outdoors in cities? If we build playgrounds with fences around them, are we telling children that they need to be tucked away and can only play and exist within a small, well-defined perimeter?

A child-friendly cities movement took off in the 1990s, with action culminating in the UNICEF-sponsored Child-Friendly Cities Initiatives. But child-friendly perspectives in urban planning have increased over the past decade, as Tim Gill, a global advocate for children’s outdoor play and mobility for decades illustrates in his latest book: Urban Playground – How Child-Friendly Planning and Design Can Save Cities. For example, the Netherlands-based Bernard van Leer Foundation, an NGO that focuses on early childhood development, launched its Urban95 initiative in 2016, focusing on children’s perspectives in urban planning. (They also co-founded a course on early childhood for journalists. I was lucky enough to participate, and it was where I learnt to think about cities from the 95cm-viewpoint of a toddler.) Cities worldwide, from Vancouver to Barcelona and Tel Aviv, have adopted child-friendly elements, with some, like Rotterdam, changing profoundly as a result of the shift in perspective.

So, what would happen if our cities allowed for children to play more freely, all the time? What would those cities look like? As Gill says in his book: “Former Bogotá mayor Enrique Peñalosa is perhaps the most high-profile champion of the maxim that children are an indicator species for cities. The idea is that the presence of children shows the quality of urban habitats, in the same way that the presence of salmon in a river shows the quality of that habitat.”

What’s interesting is that children are quite clear about what they like and don’t like about their environment. This has been proven over and over again. One of the best examples comes from the city of Boulder, Colorado, where an initiative launched in 2009 gets children directly involved in making the city child-friendly, alongside urban planners. The Growing Up Boulder (GUB) project has been working out of the University of Colorado Boulder in partnership with the municipality, to get children’s input when it comes to planning, transportation, parks and – most recently – policing too.

I wrote briefly about the project in 2019, when I met Mara Mintzer, the director and co-founder of Growing Up Boulder, at a conference in Sweden. Children as young as 4 were involved in redesigning the city’s downtown Civic Area using a variety of methods. Organisers used field trips, model building and questionnaires with older kids, and with the youngest they simply observed their preferences. Overall, the kids liked more direct contact with nature: they imagined a tree-top library to read in, surrounded by flowers and birds; they imagined a see-through bridge, where they could stand and watch the creek. They wanted more access to thrill-seeking adventures, such as huge climbing walls to jump from, landing on trampolines. And they didn’t want any rubbish, speeding bikes, or cars.

“You can get kids’ input on anything,” Mintzer told me this month when we connected online. (By the way, I’ve invited her to be a part of this community, so feel free to ask her questions below this story!) “We often think that things are too complicated for kids to understand. The reality is that we present them in ways that are too complicated. The key is that you need someone to help translate between kids and adults – they are like two different languages. Then that’s when the magic can happen.”

Are there ideas they propose that are just too crazy? Of course! For example: a park made out of candy, complete with bridges lined with water cannons that fire jets of water onto kayakers below. But adults can be just as unreasonable when consulted on city planning, says Mintzer, and not all suggestions need to make it to the final blueprint. And one more thing, Gill told me in an email interview: “We cannot and should not expect children to come up with all the answers; that is our job. It is not easy to get this right; all too often the result is tokenism or window-dressing.”

Before I go, let me flag up this event: Growing Up Boulder is holding a fundraiser next week, and you can sign up here. It’s in the middle of the night for me, so I won’t be able to attend it live, but I’ll be sure to check out the recording afterwards. There will be children emcees, and you can learn more about the incredible work they’re doing.

I finally got a chance to read this great article that Claudia, a member, shared a few months ago. The story by Sarah Hurtes in the Guardian addresses the question of what happens to mothers who have a high level of chemicals in their blood, and the risks of passing it on to their babies in utero or while breastfeeding. Even though the journalist found researchers reluctant to go on the record about the issue, it seems a case of “breast is not best”. What’s heartbreaking is that mothers feel guilt and anxiety about something as natural as breastfeeding due to PFAS (also known as “forever chemicals”) in drinking water. Recommended.

I can’t wait to read Michaeleen Doucleff’s book Hunt, Gather, Parent, about how parents around the world interact with their kids and parent them. In this 20-minute podcast, Doucleff goes through some of the research she delved into and the experience of people from around the world on how to raise cooperative kids. She looks at how Maya families in Mexico, Inuit families in Alaska, and Hadzabe families in Tanzania include children in everyday tasks. The main piece of advice is that if a child shows interest in a chore, don’t push them away because you think they won’t do it well. That just shuts them down. Allow them to do it, so that they’ll learn and be able to actually help later. They may play and mimic, but let them do that with real things, not fake ones. On the other hand, parents shouldn’t force children to do chores unless they volunteer, because this will help them become aware, attentive and cooperative, rather than obedient. Well worth a listen!

Two weeks ago I told you about Drops of Joy, a great Brazilian documentary about the importance of play for both children and adults. I led a free screening of the film last week, and a few members participated and helped me ask questions to the film’s director, Cacau Rhoden. In case you missed the film but are still interested in watching it, you can find it here on Videocamp. (The platform also allows you to organise community screenings.) You can also watch the Q&A I did with Rhoden here. Highly recommended!

Ramatu Bangura, a US organiser, advocate and researcher on girls’ rights, who’s now leading the launch of the Children’s Rights Innovation Fund, has written a poem to explain where her inspiration comes from and what her fears are as she launches a new initiative.

My Greek word of the week

Let’s tackle the word hysteria and its Greek origins. I promise not to lose it, but it’s hard not to. Hysteria comes from ὑστέρα, hystera, the word for uterus or womb. Hippocrates and Plato said the womb tended to wander through the female body, causing several physical and mental ailments and accounting for what was considered “female irrationality”. Pregnancy was considered the only solution to keep the wandering uterus from causing damage. Even when the wandering uterus theory became less widespread, hysteria remained an all-encompassing diagnosis to explain anything affecting a woman. I’ll stop here – before I lose my cool and start swearing at the idea.

A lot of members emailed me directly about my post last week about the importance of birth order. There were many anecdotes about what you have come to believe to be a pattern by observing your life and those of people around you (and even novels). My question is: if we all have preconceived ideas of what place in society we will occupy based on our birth order, does that create a self-fulfilling prophecy? I asked Lynn Berger about it: she is a friend, a member of this community and the author of Second Thoughts – On Having and Being a Second Child. Watch this space to see what she says in response. And before I go, I loved what Tanmoy shared: “Apparently as a kid I used to pester my parents for a sibling so one day my mom posed a serious question before me: sibling or the biggest piece of fish for lunch everyday? It was an easy choice and that’s how I grew up alone.” Thanks for putting a smile on my face, Tanmoy.

📣 Kate Kingsford, a member of this community, edited and improved this newsletter with lots of love, logging in from Perth, Scotland. Thanks, Kate! (If there are mistakes, they are my fault, not hers!)

5 thoughts on “How do we really listen to kids about their needs?”