I’m creating this space to mourn a loss 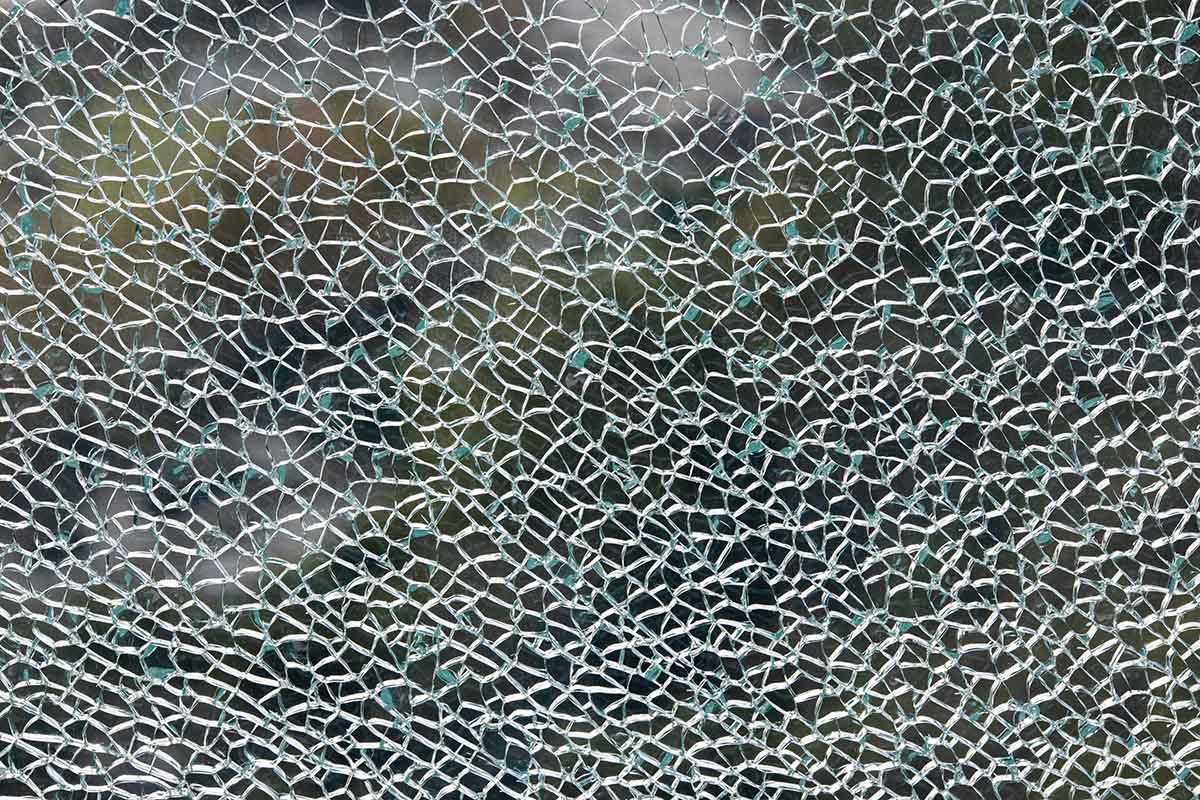 *Warning: This newsletter talks about miscarriage. If you find the topic triggering, maybe skip reading this edition, and check out this website for extra resources.

I felt so tired when 2021 started. Sure, I thought to myself: I had been made redundant by The Correspondent, the place where I loved working, and then spent a lot of my energy launching this platform while figuring out what to do about my family’s finances. All this after two months of closed schools and no access to childcare.

But I was extremely tired. As soon as schools opened up again and Lorenzo went back to nursery, I started to take long naps just a few hours after waking up. One morning I went down to have breakfast, and the smell of the dishwasher liquid on my plate made me gag. It was as if I had turned into a dog, distinguishing smells from far away and needing to ventilate everything continuously. Then came the nausea and not being able to stand Lorenzo’s latch on my breasts anymore. My body knew it: I was pregnant.

It made sense: we had started trying for a second baby. I was tired but very happy. I waited some days to do a test, and it was positive. I did another test a couple of days later, on my partner’s birthday, just to be extra sure. It was the perfect present, we agreed. Lorenzo had also sensed something: he’d started telling me I had a baby in my belly, but I thought this was because there were many other pregnancies around us.

When I found out that I was pregnant with Lorenzo back in 2018, I made a point of telling people I felt comfortable with straight away. I told some total strangers I’d just met for a week-long course before I even told my parents. I felt so tired and spacey that I thought I had to explain myself. If something happened, if I were to miscarry, I would rather have people in the loop than keep it a secret. I understand that many observe the 12-week rule, but I felt differently. So this time around, with this new positive test, I felt the same. It was Nacho’s birthday, so we spoke to our family in Argentina, and we told them. We also told other friends that called that day. And at some point, we sat Lorenzo down and told him that a baby was growing in mummy’s belly.

A few days later, as I came back from a walk, I felt a sadly familiar gush in between my legs. I was bleeding. It was abundant and bright red. The same feeling of certainty took over my body: I was not pregnant anymore.

I have written about pregnancy loss, and I’ve thought about it a lot. I intellectually knew that early miscarriages are statistically very common: they happen in about 10% of known pregnancies, and the percentage goes up as you get older. I also knew that it was normal to feel sad, to have to grieve. My intellectual understanding of what was happening wasn’t enough to face what invaded me. Unaware and detached, my body went ahead with its plans: it cramped, it bled, it woke up from its slumber and felt very energetic. But the rest of me couldn’t play along and went numb. I felt uninterested in talking to anyone; I felt ashamed, confused, responsible for Nacho’s sadness. I started blaming myself for this loss. If only I’d waited longer to do a test. If only I’d ignored the nausea. If only I’d waited to tell other people. I doubted myself: was I even pregnant at all, I asked. Maybe the two tests I did were both wrong. Maybe it was all in my head: the nausea, the desire, the illusion.

Unable to feel my way through it, I spend an afternoon reading up about early miscarriages on my phone, while Lorenzo plays around me, and I pretend I’m participating; I’m desperate to find out something that can help. I look up data again and discover some new statistics. I find out these early miscarriages are called chemical pregnancies: while a test can determine that you’re pregnant, it’s too early for an ultrasound to detect the embryo. This concept of a chemical pregnancy, together with the word miscarriage, make me feel worse. I miscarried, I did it, I did something wrong. Thinking of a chemical pregnancy makes me feel like I stuffed my body with so much desire that I created something fake, short-lived, that bursted as soon as it tried to grow.

“Crack!” – a sound takes me away from the phone. Lorenzo has reached for something on the table and knocked a glass in the process. There are shattered pieces of glass everywhere. I go into auto-pilot, sheltering him first before cleaning up. I never got to meet Juanca, Nacho’s late friend, but he used to say that when a glass breaks, something crystallises. I think of this as I leave the phone behind.

We have to untell the news to everyone. Few words come out of me, but they seem enough. Some people send virtual hugs. A friend sends flowers. Others say I will get pregnant again soon, not to worry. But I don’t want to get pregnant right now. I wanted to stay pregnant. Others tell me about their own experiences. One friend tells me she went through three early miscarriages; I had no idea. Another one tells me she lost her pregnancy much later and had to give birth to a stillborn. Another friend says she’s got a doctor’s appointment the following day because she’s also just miscarried.

Something inside of me loosens up. I want to tell everyone that cares about my pain and my grief. About how my body felt pregnant and then empty. About how hard it is to untell your toddler about a life you had added to the family. I interview Jolande Zewuster, a Dutch psychologist, about children and the news for last week’s newsletter. And then, in the end, I tell her about my miscarriage, and I almost tear up as I say that it was difficult to tell Lorenzo that I was no longer pregnant.

She’s warm and tells me that you may think you can spare the child the pain, but you can’t. “We need to explain death too and make kids aware of normal cycles of life.” She suggests I could have said something about how some babies don’t manage to grow in their mother’s belly and that hopefully he will become an older brother someday. But how can I call a chemical pregnancy a baby? “From the moment you and your partner decide, it is a life,” says Zewuster.

I had imagined a life, even if for a few weeks, and that life is no longer. More life will come, I’m sure, but that’s not the point.

I want to create a space for mourning and say that you can also take up the space you need.

“What if, instead of carrying a child, I am supposed to carry grief?” In The Carrying, US poet Ada Limón describes her world while reflecting on her struggles with fertility. She thinks back about her mother, reflects on her chronic pain and talks about the fragility of life. “On my way to the fertility clinic, I pass five dead animals,” says the opening of The vulture & the body, one of the poems I found most beautiful.

Deanna, one of the members of this community, suggested I listen to Seeds, an audio play by Donna Hoke, directed by Sarah Beebe. It’s the story of a couple who have been struggling with infertility and the family dynamics surrounding them. I hadn’t heard an audio play in a long time, and this one involves identical twins and lots of thoughts about being childfree and loss. It felt very cozy to be able to listen to such intimate conversations about having a child. Highly recommended. Thanks, Donna.

In Greece, New Years celebrations include eating Vasilopita, an orange-flavoured sponge cake that contains a coin. The coin is supposed to bring good luck and it magically always ends up in the slice of the cake of the youngest around the table. I was reminded of Greek celebrations as I watched this short film by Oscar-nominated filmmaker Siqi Song. It’s a tender account of a girl’s connection with her home and family through memories of food and coins. I won’t spoil it further for you. You can catch it here.

The idea that we can heal our wounds through our writing has been very compelling for me. I’ve been thinking about it intuitively, and practicing my way through it as part of my journey into Julia Cameron’s The Artist’s Way. But this essay in Aeon by Uddipana Goswami, a writer, writing instructor and teacher at Johns Hopkins University, really brought the idea home for me. It’s worth checking the piece out if you’d like to try some healing writing yourselves.

What’s making me hopeful this week

Seeing this image of a basketball player breastfeeding her daughter during a game break. When the photo went viral, Argentina’s Antonella González said this: “I hope this will help mothers who can’t make up their mind, who think that after a pregnancy they can’t go back to their activities, I hope it helps them believe that yes, they can.”

Stephen, a US paediatrician who is part of this community, gave some extra tips on how to talk to children about the news. “If the news makes you angry or sad, it is certainly OK to let your children see that. BUT, you need them to see you managing and channeling it successfully. If you lose control when a politician says something you don’t like, expect them to lose control when you say something your child doesn’t like,” he wrote. You can read his full comment here, and add your own thoughts and questions.