The issue dividing feminists — and a country 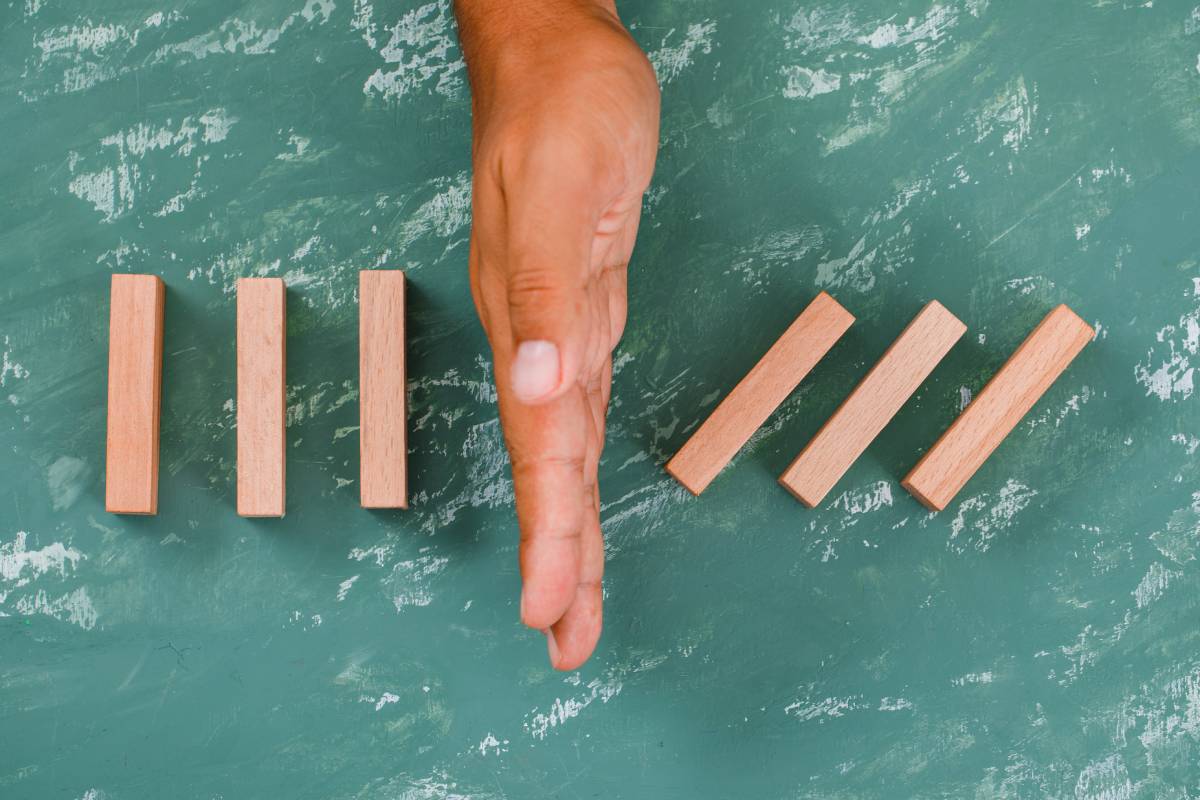 After almost two decades away from Italy, I ended up moving back just after I found out I was pregnant in 2018. We lived in a stone house among olive trees in the Umbrian countryside, just off a beautiful Medieval borgo called Montecastello di Vibio.

Even if I had tried, I could not have picked a better place for my pregnancy to be celebrated — and monitored publicly. With its aging dwellers and younger families moving to the big cities, Montecastello was a perfect illustration of Italy’s falling fertility rates.

That a pregnancy was taking place in the town of 1,000 inhabitants was seen as a sort of miracle to be rejoiced — one that got the otherwise taciturn Umbrians to open up and show their kindness. The baker would hand me free squares of focaccia, while the butcher asked about my upcoming scans. Others worried if they saw me walking around town when it was too windy, and all came to congratulate me when Lorenzo was born.

I was fortunate enough to be able to conceive naturally. But that’s not the case for everyone. Two topics related to this have been in the news quite a bit recently: fertility rates and surrogacy. A lot of people seem to have views on how — and if — women give birth and people become parents.

Italy’s falling fertility rates have been making the news for years. Conservative politicians tried to promote a ”Fertility Day” in 2016, with cringe-worthy, sexist promotional images that showed a woman stress-smiling because her clock was ticking. “Beauty has no age. But fertility does,” read one.

Earlier this month, at a conference organised by The Birthrate Foundation pressure group — who have slogans such as “Making a baby is good!” — the head of the country’s statistics institute ISTAT warned that Italy’s population will shrink by 5 million within 30 years unless steps are taken to increase births.

Pope Francis also made headlines more recently when he criticised couples who decide to have pets over children. “This denial of fatherhood or motherhood diminishes us; it takes away our humanity,” he said.

In this context of demographic challenges and the historical weight of the Catholic Church, the debate over surrogacy in Italy was bound to be complicated. Now, Italy’s conservative political parties are trying to pass legislation that would completely ban surrogacy, even if practised abroad.

Surrogacy is when an arrangement in which a woman (surrogate mother or gestational carrier) agrees to carry and deliver a baby for another person or couple, who then become the child’s legal parent(s) after birth. Some countries completely prohibit surrogacy, while others, like Canada or New Zealand, allow some forms of altruistic surrogacy only if the woman is not paid for her services.

Currently, surrogacy is illegal in Italy: anyone who creates, organises or advertises surrogacy commits an offence of criminal relevance that can be punished with up to two years in jail and fines of up to one million euros. But since it is allowed in other countries, it has been up to Italian courts to rule on the recognition of foreign birth certificates for children born abroad via a surrogate — and so far it has not been considered a crime.

The arguments against surrogacy

With the current proposed legislation, things would change. The argument being used is that surrogacy has become a business that endangers women’s lives.

“It is a practice that turns life into a commodity and demeans the dignity of women,” said far-right leader Giorgia Meloni. Well, for starters, this is Meloni’s idea of women’s dignity: On March 8, she complained that the Minister for Equal Opportunities asked for the removal of a campaign against abortion that showed a foetus. Meloni said: “Power to women? Let’s allow them to be born!”

The ad used the idea of women power in connection to International Women’s Day, but basically equated the idea of abortion to not allowing more women to be born.

Meloni asked: “What is there to censor in this message in favour of life, natality, children and in favour of supporting their mothers?”

I have a question for her: How can you reconcile a ban on abortion with a ban on surrogacy?

LGBTQ+ rights groups consider the proposed Italian legislation as an attack against them. Veiled behind a discourse that talks about the rights of women, right-wing politicians are trying to make it impossible for them to have a family.

This is, of course, not surprising, considering that the Vatican has long influenced Italy’s internal politics.

Don’t get me wrong: I also worry about the exploitation of surrogacy when it is commercialised and it involves “cheap hubs,” as it has been the case of Nepal, Kenya or Ukraine.

But there are a number of feminists who share the absolutist view of Pope Francis and Giorgia Meloni on a universal ban. Writing in La Stampa, Lucetta Scaraffia argues that the separation experienced by the surrogate mother who carries the child in her womb is “a trauma, always.”

“In the case of children given up for adoption we recognise the trauma that abandonment by their natural mother represented for them, and we recognise that even for the mother forced to abandon him or her this is a very painful choice,” Scaraffia argues. “But in the case of the surrogate mother, on the contrary, we do not want to see this, or rather we deny that it is a planned trauma in this case. A trauma produced specifically to make two selfish adults ‘happy’, who, not wanting to adopt an abandoned child, want one that has their genes, that bears their indelible trademark.”

Eugenia Tognotti, professor of medicine and human sciences, puts it in even starker terms: “Surrogacy, even if done for altruistic reasons and not for commercial ones, is nothing more than a form of modern slavery. The woman’s body — in conditions of need — is transformed into a commodity, as is the child to be bought and sold, the child of a couple provided with means.”

These are no doubt heavy words and hard questions.

Still, I believe that the conversation should lead us elsewhere, not in favour of an outright ban.

I wish adoption, as cited by everyone from the Pope to Scaraffia as a solution, could be such an easy process for people who can’t have their own children. But that is not the case because waiting times, costs and also strict rules (for example, regarding financial stability) only allow some couples to become eligible.

Shouldn’t we instead legislate better to make sure that if surrogacy takes place it happens in a way that is dignified for the woman who carries the pregnancy?

“If I had written the law, instead of talking about gestation for others as a universal crime, I would have proposed to make it legal, but under certain conditions,” said author Michela Marzano. “I would have proposed it to be free of charge, as happens when you donate an organ. But I would also have asked for medical and legal support for each woman.”

If we want to move forward, we need to have an honest conversation that involves people’s motives and a proper analysis of capitalism’s role. Within that context, we can legislate in a way that makes more sense. After all, in countries like Canada, where compensation for surrogacy is not allowed, there are still women interested in carrying a baby for other couples.

It might not ever be a choice for me, or for Giorgia Meloni, but I see that as a clear example of women’s dignity.

A version of this article appeared originally in Worldcrunch, the news platform I freelance for.

I truly enjoyed this short comic by Dabin Han, an illustrator born in the US to Korean parents. She looks at how she grew up bilingual, but her Korean language skills did not develop as she grew older. She now feels that she can’t communicate more deeply and with more nuance with her parents and that she has lost an important connection with them. It’s an interesting piece to think about second-generation immigrants from a linguistic and emotional perspective.

I’ve started listening to The Earliest, a podcast by Zero to Three, a U.S.-based non-profit that promotes early childhood development. The podcast focuses on mental health in the earliest years of life, and the first episode looks at how a traumatic birth experience can impact the mental health of the mother as well as the baby. Elizabeth Pihlaja, a doula and early childhood expert, explains how her complicated birthing process triggered memories of a past trauma. While a C-section came to the rescue in her case, she felt that she struggled with feeling happy about her child’s birth. The risk of a traumatic birth is that parents may not be as emotionally present as they would like to foster their relationship with their baby, and that can have long-lasting consequences for the newborns too. Worth a listen.

What’s the opposite of a gun? This is what an English teacher asks his class, and the answers — captured in a poem by U.S. writer and teacher Brendan Constantine later animated in this video — are infinite and beautiful. A flower, says one child. A whisper, says another. A star, a sword, a snowball or a midwife. The conversation in the class is replicated in the poem, which takes life through the animation. A must watch, and unfortunately always relevant with gun violence in the U.S. making headlines once again, this time in Buffalo.

The city of Bogotá, in Colombia, is developing an innovative public policy that focuses on caregivers by creating “manzanas del cuidado,” or care blocks, which give caregivers, who are mainly mothers, the possibility to do exercise or study while their children are taken care of. I found out about it through this cool bilingual Instagram account, Pop News, which focuses on solutions journalism.

📣 The First 1,000 Days is edited by community member and friend, Shaun Lavelle, who got lost this week in the final season of Derry Girls. Watch it if you haven’t already! It’s pure joy.