The novel anxiety of driving with children in tow 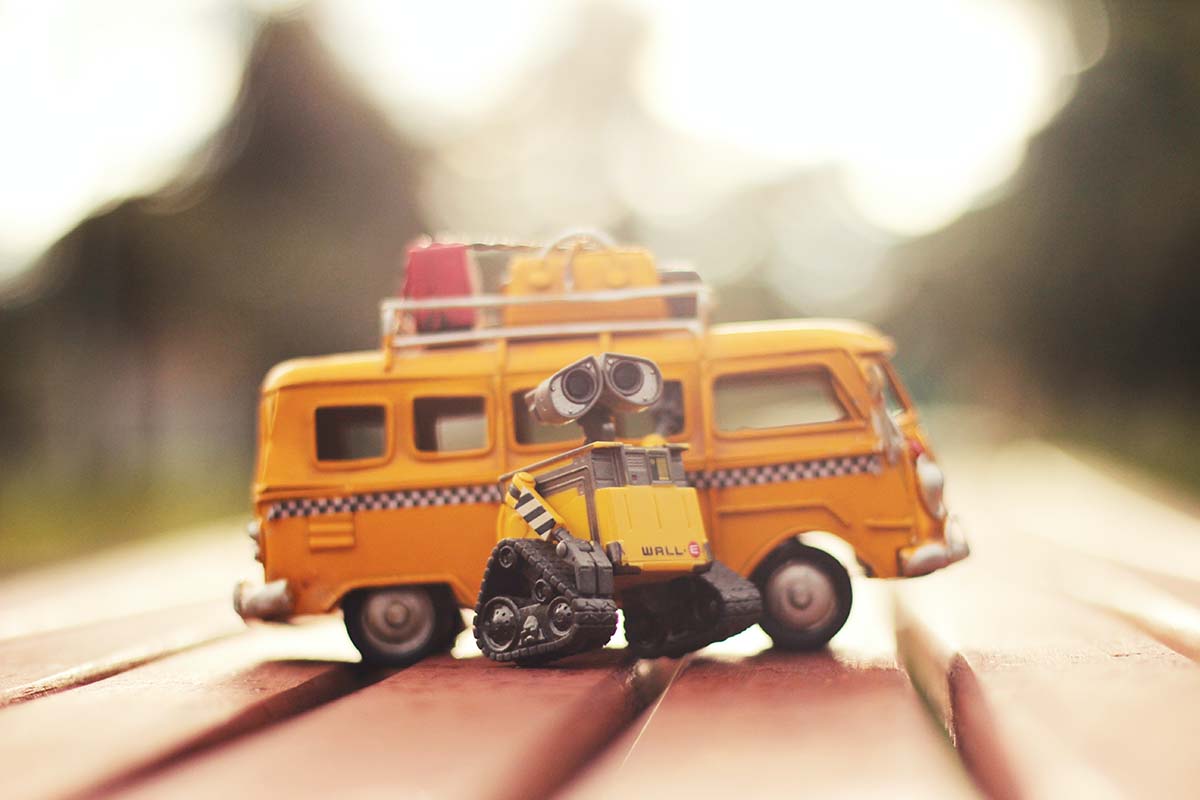 The last time I drove was in the very early stages of my pregnancy. We were house-sitting in a stone house in the French Alps. Nacho, my partner, had gone to Russia to report on the World Cup. I had to get into town for groceries, pick up friends who were coming to visit, and make it to Geneva to pick up Nacho who was on his way back. I did all of that, in our van that kept all of our belongings. I did it safely. I even listened to podcasts while driving. I did it because I had no choice.

Right now I’m trying to figure out what I hate about driving because I am trying to learn how to drive again. I’ve had a driver’s license since I was 18. I have never felt particularly comfortable driving, but over 20 years I drove many cars in some twenty countries around Europe and the Americas, even if reluctantly. Yet I have been unable to drive since I got pregnant for the first time, over three years ago. A friend told me that US reality star Kim Kardashian went through a similar block after having one of her babies (not necessarily connected to her being a mother) and she overcame it through therapy, apparently.

I do plenty of therapy, but a friend gave me money for driving classes for my birthday and that obliged me to be more productive about my “driving block”.

The truth is that I don’t like cars. I loved riding a bike along the canals in East London all the way to work at the BBC World Service headquarters at the Strand. I loved lugging it onto the train to reach Buenos Aires from the northern outskirts and having my freedom around the city — though plenty of Argentines will tell you that the capital is not especially bike-friendly, except for its flatness. I still love riding a bike, but the southern outskirts of Athens are not bike-friendly, especially with a baby in the back seat. Public transport is sketchy and walking doesn’t get you many places — except for the beach, for which I am very grateful.

If I can’t drive, I depend on Nacho to do it for me. He likes driving, he is good at it, so it’s a no brainer. But is it so easy? Psychologically, having him take responsibility for something that he’s better at gets me stuck. I feel like I can’t be behind the wheel myself. I get scared. I am afraid I will hurt Lorenzo. And so Nacho drives us these days.

I recently heard in the podcast I recommend below that there is no growth in the comfort zone and no comfort in the growth zone — I’m not sure who said it, but it’s catchy. So I’m trying to push myself beyond my non-drive comfort zone. I took a few classes south of Athens, where I live. The classes have been pretty intense, with an instructor who speaks little English and gives me instructions in Greek — a sort of Greek language and driving class all in one. He’s very calm, and I like his encouragement, but I also hate his horror stories of how many accidents he sees daily. I’ve had ups and downs. Whenever I try to drive up the steep hill where we live, just off the coast, I get nervous and my driving gets worse as I become more nervous. Going downhill is even worse — looking at the Mediterranean sea ahead of me, with cars speeding through the high road below.

One morning Lorenzo asked me to drive him to school. I said he had to wait a little longer. One weekend I practiced in our van in an empty car park. “What’s mamma doing?” Lorenzo asked from the backseat. What was I doing? I was trying to show myself that I could take the responsibility on, that I could push through it and overcome my fear. I was trying to show myself and to show him too.

In a recent post by Argentine child psychologist Sofia Celeste Lewicki, she said it was “not atypical for women to be ‘afraid’ to drive”. She compared driving to “having wings” — a freedom which women were not used to, “in a world where, historically, freedom has nothing to do with the freedom that one can self-determine, but with the freedom that the ‘man’ determined over the woman.”

I think that cars are hugely problematic — I especially hate how they have contributed to making cities less and less friendly for children — and are far from a means towards freedom. But I know that if I want to live outside of a big city, driving means I can take care of myself and be independent.

Whenever I get stuck, I think of women truck drivers in the United States, taxi drivers in Brazil, or the Saudi women who fought for the right to drive. I feel that if I had a bigger mission it would help me get to the wheel with more self-assurance. So I look for my motivation: is independence enough? I think about how my mother never drove. I would like for Lorenzo to know that it’s not just fathers that drive. I’d like to show him — and myself — that I can drive too.

Are you a driver, and do you have tips for me to feel more comfortable behind the wheel? If you are a woman who has struggled to drive, please let me know how you are dealing with it now. Please let me know below this piece.

In China, shyness is considered a positive trait of a child’s character, with studies finding positive associations between shyness and social acceptance. On the other side of the spectrum, there are societies which put a lot of emphasis on the importance of sociability, such as in North America, where shyness is considered a potentially dangerous characteristic that can lead to loneliness. This article in Psyche magazine helps us contextualise why we consider some children shy, and tells us not to pathologise them: shyness may in fact be the “yin to sociability’s yang”. Thanks to Claudia B, a member of this community, for sharing.

This three-part special of the Terrible, Thanks for Asking podcast is a thoughtful introduction to how childhood trauma can influence a person’s mental and physical health, and the impact it can have on entire communities. The series explores the idea of Adverse Childhood Experiences, or Aces, which I have explored in-depth in the past. In the first part of the series, US author Nora McInerny interviews Britt, a young woman who shares what went wrong in her childhood, interspersed with the tapes that Britt would record when her stepmother verbally abused her. In the second part, the show looks at the things that were positive in Britt’s childhood, which helped her offset some of her negative experiences. The third part looks at the big picture and asks a question, and I share the sentiment completely: why does society not invest more in trying to better take care of our children?

Pieces of a Woman was a painful film to watch, especially with its opening 25 tense minutes of a home birth. The film is partly based on the real story of Hungarian midwife Agnes Gereb, who was unjustly sentenced to prison in 2018 for malpractice. It is also based on the Hungarian screenwriter Kata Wéber’s personal experience with miscarriage. She initially wrote the story for a play, and said she was partly pushed to explore her own feelings of loss and the taboo of losing a child by her husband and the film’s director, Kornél Mundruczó. The film looks at what can go wrong when a couple doesn’t know how to discuss pain and loss — and the expectations that societies have of a new mother-to-be.

This piece on the importance of community and slowing down by US journalist Heather Lanier. I found it so impressive that I leave you with a section from it. “Parenting my daughter, Fiona, has made me wary of our culture’s worshipping of speed and productivity. She was born with a genetic code for a slower developing pace. She’s taught me that the pursuit of becoming Superhuman is not a virtue. It’s a trap. It asks us to deny our humanness — our vulnerability and our tenderness, our mortality and our need for naps. (…) When we worship the powers of the individual, we not only exclude people who simply can’t go it alone—people who need helpers in the field and accommodations at home plate. We also rob ourselves of the opportunity to belong to each other. And for true flourishing, we do in fact need each other.”

Photo credits and alt-text: Nubia Navarro on Pexels, Wall-E model in front of a toy car