The politics of the shocking U.S. formula shortage 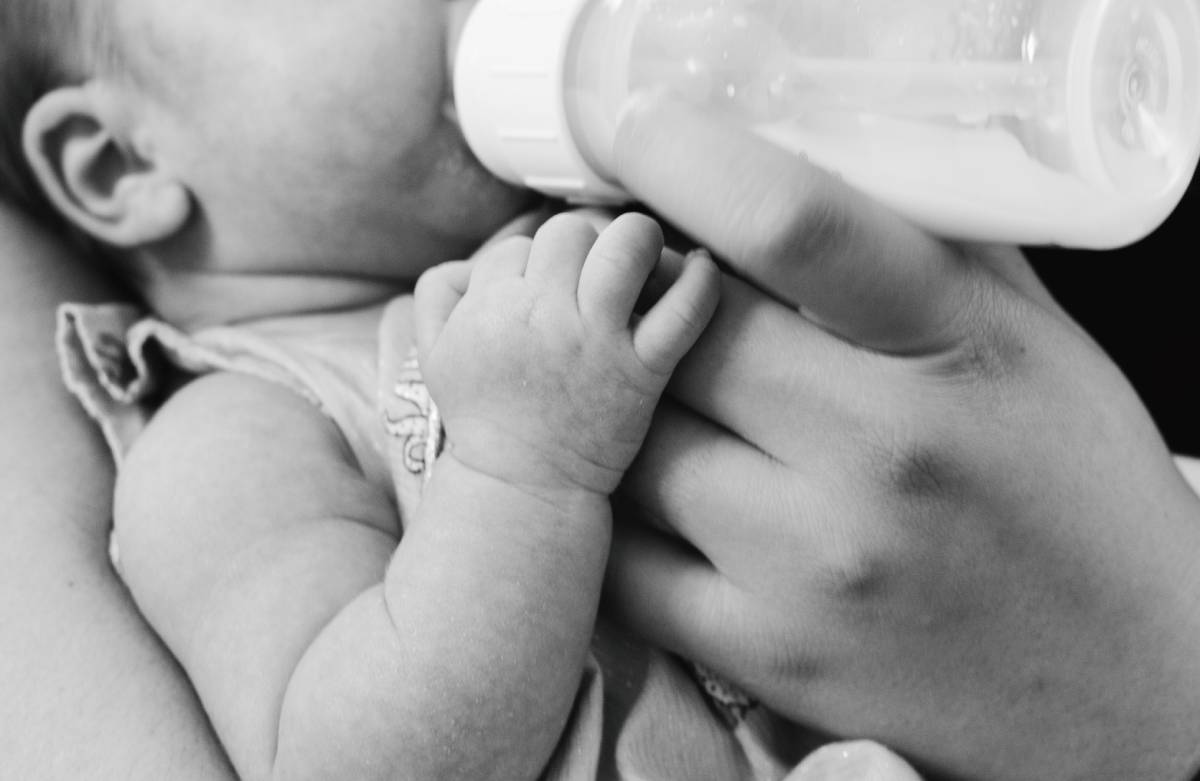 An alert before I delve into today’s topic: on 13 June, I am moderating a panel on the mental health of children and carers, which I think would be of much interest to many of your readers. It will feature child trauma psychologist Chandra Ghosh Ippen, as well as journalists Tanmoy Goswami of Sanity by Tanmoy and Anya Kamenetz of NPR. It is part of a new webinar series on early childhood that I am organising for the Dart Center for Journalism and Trauma of Columbia University. Attendance is free, and you can sign up here.

The United States has been experiencing a shortage of baby formula milk. More than 40% of all formulas are out of stock across the nation, with rural areas hardest hit.

The issue is worrying in and of itself because it turns out that 90% of the U.S. baby formula market is concentrated in the hands of only four companies. Worse still, one of them, Abbott, accounts for nearly half the market.

But this is not just a simple story of supply-and-demand. The shortage has once again revealed U.S. economic inequality and thrust the breastfeeding debate back into the spotlight.

The whole problem started when Abbott closed a manufacturing facility in Michigan, the largest in the country, after recalling infant formula. This was the result of a federal investigation after four babies who used the formula developed bacterial infections, two of whom died.

This article goes into more detail about how we got here. But in short, other compounding factors include hoarding during the pandemic, more babies born in 2022, increasing demand, and strict regulations that don’t make it easy for people to order online or from abroad.

But there are several, more worrying factors at play.

First of all, the formula shortage is affecting families living in poverty more than others. That’s because nearly half of the country’s baby formula is bought by the WIC programme, which helps children in low-income families. Black families, who are more likely to live in poverty, are also more likely to formula feed because of lower-paying jobs that force them to go back to work soon after giving birth.

This has deep historical roots, as Carla Cevasco, an assistant professor of American Studies at Rutgers University who focuses on infant feeding, pointed out in this interview.

“The very women who are most likely to be reliant on the formula supply are so reliant on it in part because the rest of society is stacked against them. Saying ‘just breastfeed’ ignores the economic and social realities that are disproportionately facing a lot of women of color,” she said.

No, breastfeeding is not the answer

That brings us to another problem.

The response to the crisis by some has been to blame — have a guess — mothers! As if mothers didn’t have enough on their plate juggling jobs and childrearing and unequal division of household labour and, well, you get the picture.

Actress Bette Midler wrote on Twitter: “TRY BREASTFEEEDING! It’s free and available on demand.” The editor of a prominent U.S. Catholic magazine wrote, “I would also say that hopefully this is a wakeup call to become more self-sufficient — God literally designed mothers to feed their babies.”

As if this messy situation involving a complicated monopoly and a country with awful or non-existent child-care policies could be the responsibility of a few “lazy” mothers.

First of all, breastfeeding is far from free, as I wrote in a piece two years ago. Not to mention, it is far from available on demand.

Breastfeeding is hard. Even when you want to do it, it does not come easily. You often need support and not everyone gets it or can afford to find such support.

There are also women who can’t breastfeed for medical reasons, babies who are separated from their mothers at birth or who simply can’t latch, families who take on surrogate or adoptive babies, and so many more exceptions. And there are those who don’t want to breastfeed. We need to respect them too.

The crux of the problem

Look: I am a big supporter of breastfeeding, and I hate the way formula milk companies manipulate the market and use scary moments like a pandemic to push their products.

But, as historian Cevasco points out, “before the advent of modern commercial formula (in the 1950s), a lot of babies died of illness or starvation because they couldn’t breastfeed and the alternative foods were not safe or adequate.”

So, formula is not evil per se. But there is another issue. Six in ten mothers in the U.S. stop breastfeeding earlier than they’d like. This is due to many factors, including not enough training from health care providers, too few pumping options at work, and too little paid family leave.

This is the crux of the problem. Are we doing enough to support the wishes of birthing parents — regardless if they want or don’t want to breastfeed? Public policies in the U.S. are far from being attuned to the need of carers, even less so if they are people of colour.

And this is very problematic because, at the end of the day, formula feeding can make babies more vulnerable to supply chains and external conditions.

“You protect all infants when you have higher breastfeeding rates in a community because if you do have an emergency of any type, it is much easier to provide the support that formula-fed babies need to a small number than to a large number,“ Karleen Gribble, an expert in infant feeding in emergency settings at Western Sydney University, Australia, told me.

And that is the kind of failure that can be attributed to a government’s policies. Not to a single mother who can’t — or doesn’t want to — breastfeed.

This reportage in CNN talks about a hotline in Bihar, eastern India, that used to provide support to women struggling with depression during their pregnancy. The hotline, which has sadly been discontinued, provided the support of community workers as well as recorded messages. One of these community workers, Swetanjali Jha, explained how difficult it is to talk about mental health, and how they had to make it all about the baby’s health. “In regions such as ours, you can’t really walk into a house which has at least 10-12 people and say I am here to provide therapy to your daughter-in-law or wife,” she said. “We had to keep the baby at the center.” Dr Prabha Chandra, head of perinatal mental health at the National Institutes of Mental Health and Neurosciences, and a member of The First 1,000 Days community, is also quoted in the piece, though she was not involved with the hotline. She highlighted how important the awareness of community workers is “in a country like India where there are not enough psychiatrists.”

I was looking for more poetry in my life, which is how I came upon this podcast, Inside Wants Out, which features African poets reading their work in their original languages and then in an English translation. This one poem, “How did I become a slave again?” in the English translation, really stopped me in my tracks. “Tell me how I became a slave again, a slave to this unjust racist and brutal system,” writes South African poet Sinomhlobo Makeleni. “My skin is illegal,“ she says. I loved hearing it read in Xhosa first, and hearing the poet’s reflections on racism within the African continent, as well as slavery and police brutality.

I find it hard to keep up with news, even if it’s what I do as a living. One way I have found around it, at least when it comes to the U.S., is to watch British-born comedian John Oliver’s weekly show Last Week Tonight. The latest episode I watched delved deep into what it would mean for the country if Roe v. Wade, the famous 1973 Supreme Court decision that established a right to abortion, were to be overturned, whichis likely to happen now. The episode also goes into how the country got to such a delicate position vis-a-vis reproductive rights (interestingly, there are clips of former president Barack Obama saying the issue of abortion was not as urgent as others). It is a difficult issue, no doubt, but an important one. Thankfully, Oliver is capable of giving good background information and making you laugh when you most need it.

This photo series on breast cancer by Mexican photojournalist Sashenka Gutiérrez from Spain’s EFE news agency has won the El País newspaper Ortega y Gasset Journalism Award. One picture in particular is chilling: Sandra Monroy, who underwent a life-saving double mastectomy, takes off her bandages and sees the result of the surgery, accompanied by her mother and her best friend, as Gutiérrez takes a picture. Monroy, who has an inspiring Instagram page, decided not to do reconstructive surgery and is now spreading awareness about other forms of femininity that do not require silicon implants.

Thanks for all the lovely messages that you sent last week after I wrote about Aziza’s struggle to breastfeed as a new mother in the refugee camp in Lesbos. “I read you and I put myself in Aziza’s shoes, in one of those impersonal containers, not knowing what will become of the family and especially of her little one in the next hours, weeks, months… brutal,” one reader, Alba, wrote. And thanks to Nassim, who recommended The Naked Don’t Fear The Water, by Canadian journalist Matthieu Aikins, who went undercover on the migrant route from Afghanistan to Europe, and wrote a chilling book about the experience.