War has no borders 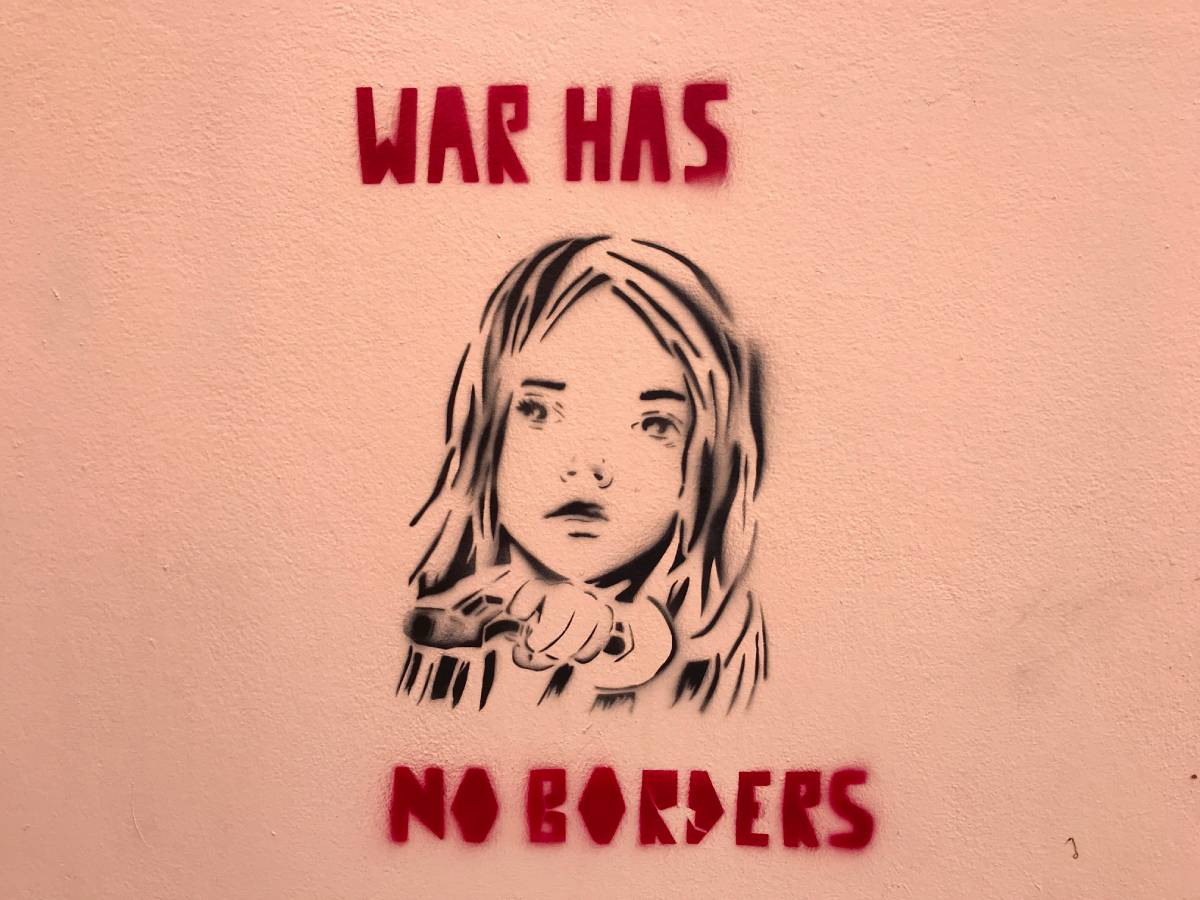 I am in Lesbos this week, the Greek island that became the symbol of migrants and refugees in 2015 when tens of thousands of people arrived after crossing the sea from Turkey. Many drowned in the Aegean Sea before making it to shore. They were fleeing war, violence and economic uncertainty.

As Europe faces war in the east, and refugees elsewhere are making headlines, it seems hard to hold space for everyone else whose life has been upholded by war, tragedy, threats or poverty.

War Has No Borders

“War has no borders” reads a piece of graffiti I photographed yesterday in downtown Mytilini.

It seems so true here on this island. Over 2,200 people, one-third of whom are children, are waiting for their asylum to be approved or to be officially denied entry. They are stuck in limbo. They give birth to their children in a place where they don’t understand the language and feel cold from the lack of proper housing. And yet, here they are.

I’ve already met an Afghan couple who had to escape last year because their lives were in danger when the Taliban took over — the husband worked for the US-backed government. When they found out they were pregnant, they were already in Turkey, hoping to cross into Greece. “It was our saddest and happiest day,” he said. “I never imagined I would have a child in these circumstances,” she said.

Over the course of this week, I’ll be meeting mothers, fathers and babies, trying to report on how we support this crucial period of life when people are uprooted. Maybe there are lessons to be learned as millions of Ukrainians flee into their neighbouring countries, not so far from here.

Before I go, a few announcements.

The first one is a shout-out to Valentina, a member of The First 1,000 Days Community, who caught a mistake I made in last week’s newsletter about war and children. I had mistakenly written that the siege of Sarajevo had started in 1994, but of course the date was 1992. The mistake has been fixed.

Second, I wanted to let you know that last week’s story about children and war was republished by Matriarchy Report, an excellent newsletter about family and caregiving from a feminist perspective, written by U.S. journalists Allison Lichter and Lane Anderson. Check out their work, if you don’t know them already.

Finally, I wrote a piece for the Dart Center for Journalism and Trauma about how to report on children affected by the conflict in Ukraine. It may be an interesting read for everyone since it will give you a behind-the-scenes look at the type of considerations we journalists make when we’re on the field reporting.

Photo credits and alt-text: Irene Caselli, “war has no borders” stencil on a wall.