What does war mean for children? 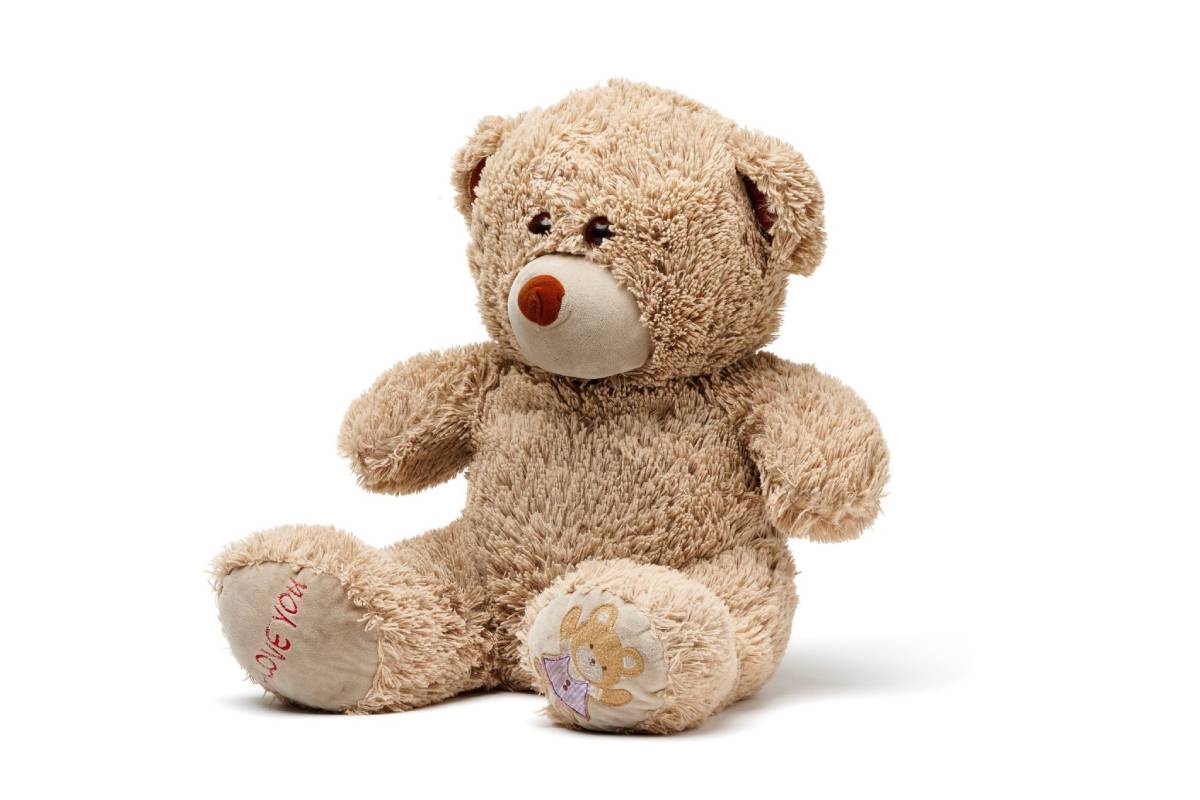 Jasminko Halilovic was four years old when the siege of Sarajevo, the Bosnian capital, started in 1992. His memories of the war are punctuated by the rare breaks from shelling when he would go out into the street to learn how to ride his bike.

In 2010, reflecting on his past, he asked an apparently simple question on Facebook. “What was war childhood for you?” He received more than 1,000 replies, which he eventually published in 2013 in a book called War Childhood. Two years later, the book was translated into Japanese and Halilovic understood that the experiences he and his peers from Bosnia and Herzegovina had shared were universal. “In Japan, meeting 85-year-olds who were children during World War II and completely identified with the experience of a Bosnian child in the 1990s, I realised that there are no borders to this shared experience,” he told The New York Times.

Many of the memories shared were connected to objects. That’s when Halilovic realised that he could transform these experiences into a museum. The War Childhood Museum opened its doors in 2017 and received the Council of Europe Museum Prize a year later.

The museum has since collected objects donated by children from conflicts in Iraq, Syria, Eritrea, Afghanistan, and — more recently — Ukraine.

Children Caught in the Crossfire

The attack last week by Putin in Ukraine may have shocked many observers, but people in eastern Ukraine have already endured shelling and violence over the last eight years. And unfortunately, it is far from being the only armed conflict happening right now worldwide. Yemen, Ethiopia, Afghanistan, Myanmar, Syria. But also Colombia, Palestine, Iraq, Mexico.

At least 16 children have been killed so far in Ukraine, orphanages, hospitals and kindergartens have been bombed.

As I watch from afar the developments of the war in Ukraine, certain images stop me in my tracks. It’s the child that plays with a ball as his mother prepares Molotov cocktails in Dnipro, in the east of the country. There are those who colour as they are hiding out in a shelter in Kyiv. There are those who sleep peacefully in their mothers’ arms, the children in a cancer ward hiding out below the hospital, and the boy who cries because his father has remained behind to fight.

How do they make sense of the war, of their fear, when everything around them crumbles or becomes uncertain? Many psychologists have written about how to talk to children about tragic events. Child and family psychologist Svetlana Roiz has been covering it from Ukraine, sharing daily tips on her Facebook page. There are practical tips on how to keep children engaged in shelters, and how to talk to them about what is happening. (I also covered how to talk to children about tough news in a previous newsletter.)

But today I am interested in those moments of real life that continue happening as war rages on. Moments that for children are often connected to objects and toys, as the War Childhood Museum has rightly pointed out. Through workshops led by educators and psychologists, the museum now provides a platform to help children come to terms with war — whatever that may mean for every single child. They provide links between different children, creating a sense of shared experience, and help create a different narrative. They opened their first exhibition in Kyiv last June.

Think of Karina, for example, who was born in 2009. She shared a drawing of Nyusha, a pig, with the museum. She explained how much her mother took care of the animals that were left in their village during the war in 2014. When they hid in the basement, they would always take their dog, who was old and died. In 2018, the family travelled to the seaside and went to a theme park. “There was no shooting and shelling; everything appeared still and it was a good place to have a rest,” says Karina. She played a game and won Nyusha, a pig plush toy. But she says she can’t share the toy itself with the museum. “I wouldn’t ever be able to give her up because heavy shooting may continue and I’m afraid that nobody would be able to return her to me.”

There is also Oleksii’s huge teddy bear. His mother gifted it to him in 2014 when he spent two and a half months in hospital after losing two fingers on his right hand when he picked up an object from the ground that triggered an explosion. The teddy bear made him feel safe.

Love and Care in Times of Violence

While we look from afar, I want to make sure we are careful about how we talk of resilience, resistance and heroic acts. War is also full of fear, of dull days spent inside, hiding, and of moments of joy that happen regardless, the ones that children are often good at creating. I was reminded of this by reading Roxani Krystalli, an assistant professor at the University of St Andrews in Scotland who focuses on feminist approaches to peace and conflict studies.

“Joy is not a threat to peace. In listening to the stories of people affected by war, many have narrated to me that, in the middle and wake of violence, they continue to fall in love and practice care towards one another. Over the course of this war, both in Ukraine and beyond it, someone’s baby will take their first steps. Someone will get so consumed by a break-up that they will forget there is a war unfolding near or far. Someone else will get an awful diagnosis, someone will get frustrated they didn’t get the Wordle of the day. Gossip animates war. Joy animates resistance. I have yet to meet people affected by violence or loss who have wished for others to lead lives devoid of joy, or to tell stories exclusively about suffering,” Krystalli wrote in her latest newsletter, referring to her latest academic article on love and care in times of violence.

We don’t know how long this war will last. We know it will have a profound effect on the children. Will they be able to learn how to ride a bike and to play with their favourite soft toy? Will they have enough support to create moments of joy as violence rages around them?

Children have been on the frontlines of the Russia-Ukraine conflict since 2014, as this piece in Foreign Policy explains. “Teachers report signs of psychosocial distress among children triggered by loud noises, and recent estimates suggest that more than 1 in 4 children require psychosocial support,” Alyona Budagovska, a spokesperson for People in Need, an NGO present on the front line, told the journalist. It is a sobering read to realise just how scary the current attack must be for these children that have lived in violence for close to a decade.

I listened back to this BBC podcast that came out years ago about the migrant children in Sweden who were suffering from “resignation syndrome”. After being exposed to war and violence, and not being granted asylum immediately in Sweden and facing further instability and uncertainty, hundreds of children withdraw completely, cease to walk or talk, or open their eyes, some for entire years. (A few cases have also emerged on the small island of Nauru, but I learnt this later, because it is not covered in the podcast).

Resignation Syndrome was first reported in Sweden in the late 1990s and has since become a political issue. Dr Lars Dagson, a paediatrician who works with affected children, says that a permanent residence permit would allow families to feel secure and help the children too. “In some way the child will have to sense that there’s hope, something to live for… That’s the only way I can explain why having the right to stay would, in all the cases I’ve seen so far, change the situation.” It’s not hard to imagine, right, that politics could have a serious impact on the psychology of children?

I wasn’t sure what to make of the idea of a video, v-log version of Anne Frank’s Diary. The fictional premise of “Anne Frank Video Diary”, a series of short films created for the website of the Anne Frank House museum, is that Anne receives a camera for her 13th birthday, in June 1942. In real life she received a small notebook in which she wrote about her reflections as she hid out from the Nazis during World War II for over two years. But in this series she takes selfies, points the wobbly camera at her family and sometimes hides away to record her most personal thoughts. While I initially found the idea jarring, I ended up enjoying the experiment. Unfortunately, it is not difficult to imagine Ukrainian children recording their own thoughts about the war now on their phones as they hide out in shelters.

I often find children’s literature quite comforting on tough days. This week I have gone back time and over again to Tomorrow by Nadine Kaadan, a Syrian author who was named on the BBC 100 Women in 2020 for her influential work, and a member of The First 1,000 Days community. Kaadan’s book is set at Yazan’s house in Damascus. It is a dangerous time and the young boy cannot leave his house and play with his friends. The streets are dangerous, the school is closed and his parents are constantly watching the news on television. We see how Yazan tries to make sense of the changes around him and how his parents come in to support him. A beautiful book that may help some parents navigate the news with their children.

***A previous version of this post mistakenly said that the siege of Sarajevo started in 1994. Of course the date was wrong, it was 1992. Thanks to Valentina, a member of The First 1,000 Days community, for spotting the mistake and flagging it.