Who can afford to become a mother? 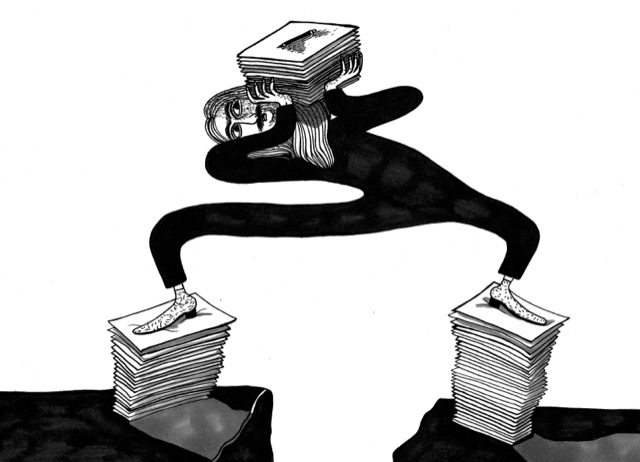 Kabul-born illustrator Moshtari Hilal did this drawing to accompany my article in Unbias the News. I am using the drawing with their permission.

Lorenzo was born nine months ago, on a Tuesday evening, 10 days earlier than the expected date.

On the Monday night, unaware of what was about to come, I was up until 1am finishing a translation for a story I was producing. I was catching up on emails and sending invoices. I could feel that I had to get things in order before the little one arrived – and unlike my doctors, I had a feeling I had little time left.

I went to bed at 1.30am, and contractions started shortly after, around 2.30am. When I was 100% sure I was having proper contractions, I wrote to a couple of editors. I was due in for my editing shift at Worldcrunch that morning, plus I had a piece to hand in the following week. I told my boss at Worldcrunch the big day had arrived and I would not make it, and asked for a one-week extension for the other story. I eventually went into hospital around 4pm.

Lorenzo was born at 9.28pm on 12 February. It was a natural birth. The pain and tiredness was insane, and I had no choice to get any painkillers or to be in a birthing pool, but you’ll hear more about that story another time.

The point is that the following day, 13 February, I was on email, and I added this out of office reply: “I have just given birth to Lorenzo, so I am not reading emails that often. But no worries, I am not on maternity leave. Because …