Who gets to make decisions for a child? 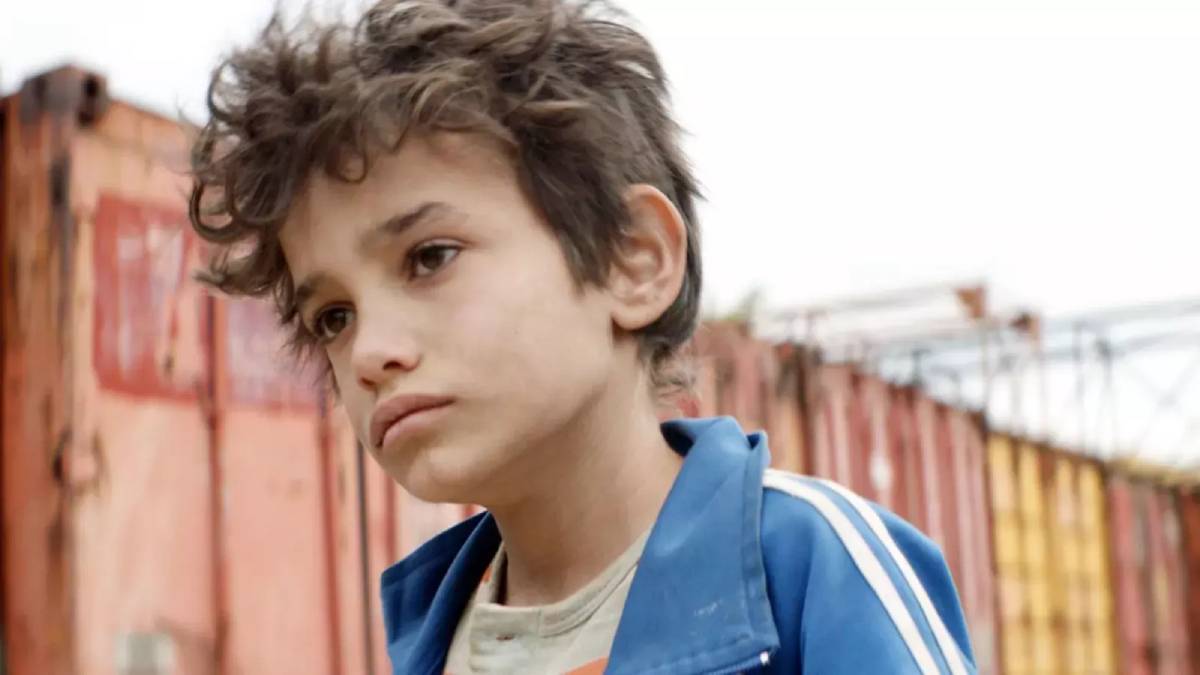 A child walks into a courtroom to sue his parents. When the judge asks him why, the boy answers: “Because I was born… I want them to stop having children.”

This is a scene from the Lebanese film Capernaum, directed by Nadine Labaki, who in 2019 became the first female Arab director to be nominated for an Oscar in the category for Best Foreign Language Film.

The film shows the life of 12-year-old Zain, a Syrian refugee in Beirut neglected by his parents. One day he walks away from them and finds ways to survive alone. The film is fictional, but Labaki researched it extensively over four years, following street children in Beirut. She joined social workers and went to prisons and courts to understand how the system works.

“The film is about a child the world doesn’t deserve, because there is too much neglect. Thousands of children are in this situation. Most of them don’t even have papers, so they are born and die without anyone even knowing they existed. Sometimes it’s very simple for the parents or the community to accept this, because the sacred nature of a child (of a human being) is not there anymore,” Labaki said in an interview with Indagare magazine.

When I first saw the film two years ago, I wrote about how I couldn’t stop crying watching how Zain cares for a one-year-old baby whose mother, an Ethiopian migrant, needs to work. But the question raised by the film is one that has stayed with me and comes back to me constantly. Who is a child’s best advocate? When parents are not fit or capable to look after a child, who can then speak up for them?

The issue has been in the news over the past few months regarding parents who decided not to vaccinate their children against Covid-19.

One case in particular caught my attention: a two-year-old child in the central Italian city of Modena needed an urgent heart surgery. But the child’s parents refused to go ahead with the blood transfusion required for the operation unless they were allowed to vet the blood to make sure it hadn’t come from donors who had received a Covid-19 vaccine. The hospital refused and the parents went to court. The child’s surgery was put on hold until the court temporarily stripped the couple of their parental rights, allowing doctors to go ahead with the transfusion and the surgery, which was successful.

This is far from the only case in which courts had to get involved with parents who refused vaccinations. In fact, I found cases in the US, Canada, Spain and Australia, which I described in a piece for Worldcrunch, where judges sided with vaccinated parents over unvaccinated ones when the couple was divorced, or where health authorities have the right to override parents’ decisions, like in Costa Rica.

It is a fine line. I may agree that vaccines are of the utmost importance as an issue of public health. But what if courts, or child protection services, start targeting parents of children who are transgender or not gender-conforming, as is happening now in several parts of the United States? What if their bias against Black and Latinx families, or those living in poverty, affects court decisions?

The thing is that it does already, and it’s been documented widely in the U.S., for example. Last week, Allison Lichter of Matriarchy Report interviewed freelance journalist Roxanna Asgarian who has been reporting on how Child Protective Services (CPS) are policing trans families. (A few weeks ago, I linked to one of Asgarian’s stories about a mother in Michigan who carried out a battle with CPS to keep the custody of her trans child.) There is even a legal figure who supposedly is appointed to think about the best interests of a child in court cases in the U.S. They are called guardian ad litem.

But can we expect a court-appointed lawyer who doesn’t really know a child to be able to advocate for themselves? And let’s imagine if Zain had been based in the US: he would have most likely been taken away from his family of origin and assigned to another family. Would he have agreed to be placed in foster care? And what about infants who can’t directly argue for themselves?

Loving a child may come with tough decisions

I recently finished Stranger Care, a book by U.S. author Sarah Sentilles. It is her autobiographical account of how, rather than have a child, she and her partner decided to adopt via the public system, i.e. becoming foster parents first. Writing in the first person, Sentilles explores how attached she becomes to Coco, the newborn baby her family fosters, and how much she roots against Coco’s birth mother, Evelyn, until something shifts. She realises that — even if she wants to keep Coco — what’s best for the baby is to have a loving and functioning birth mother.

“Everything in our worlds — education and family and social class and addiction and diet and politics and housing and employment — is designed to keep Evelyn and me apart. We aren’t supposed to like each other, much less to love each other. But now we love the same girl. We love,” writes Sentilles.

Going back to the court case in Italy, is love for a child what may help scared, confused parents overcome their internal fears and trust that others (in this case doctors) have their child’s best interest at heart? There was such abuse of these parents who refused a blood transfusion on social networks. But were they just scared? Were they missing the point, maybe, that loving their child may come with tough decisions and putting aside themselves and their beliefs? None of it is straight-forward, but isn’t that the best we can do when it comes to children?

Sharenting: the idea of parenting while sharing our children’s lives online. It may not seem such a foreign concept to any of us. While some of us may have decided not to share their children’s pictures in public, others don’t share their full names, and even avoid instant messaging apps like WhatsApp for sharing images and details. I am somewhere in the middle. Even so, it’s always interesting to consider the potential risks of creating a child’s digital persona so early on in their life. I recommend reading this New Yorker article by Hua Hsu that includes a review of the book Sharenthood: Why We Should Think Before We Talk About Our Kids Online, by Leah Plunkett.

I started listening to S***hole Country by Afia Kaakyire, an interesting podcast about a Ghanaian-American and her relationship to the country where she lives, the United States, and her culture of origin in Ghana. I am always drawn to podcasts and books by second generations because they usually have interesting insights about being raised in between cultures and how their worldview and language develops accordingly. The first episode has me intrigued. I look forward to checking out the rest. (Also, please send your podcast recommendations this way. My list is really thin at the moment!)

I watched Pedro Almodóvar’s Parallel Mothers, his 2021 film about two first-time mothers in Madrid and how their lives come together in unexpected ways. What I loved about the film is its multigenerational element. Janis, one of the two mothers, fights to get a forensic anthropologist to excavate a mass grave in her home village, where her great-grandfather and other men were killed and buried during the Spanish Civil War. At the same time, Ana, the other mother, faces up to her own parents and tries to understand her mother’s own history. Recommended.

Sit down, world
and relax
so you don’t have tornadoes.

Relax, wolves. Lay down by the trees.

The poem is part of the Preschool Poets project, and I found out about them thanks to this inspiring newsletter by The Rights Studio about the dangers of binary thinking.

📣 The First 1,000 Days is edited by community member and friend, Shaun Lavelle, who recommends this poem he just read if your day needs brightening up.

Alt text and photo credits: A scene from the film Capernaum, where 12-year-old Zain, a boy, is looking sad to one side, against the backdrop of shipping containers; Picturehouse Entertainment

2 thoughts on “Who gets to make decisions for a child?”