Why do we judge parents? 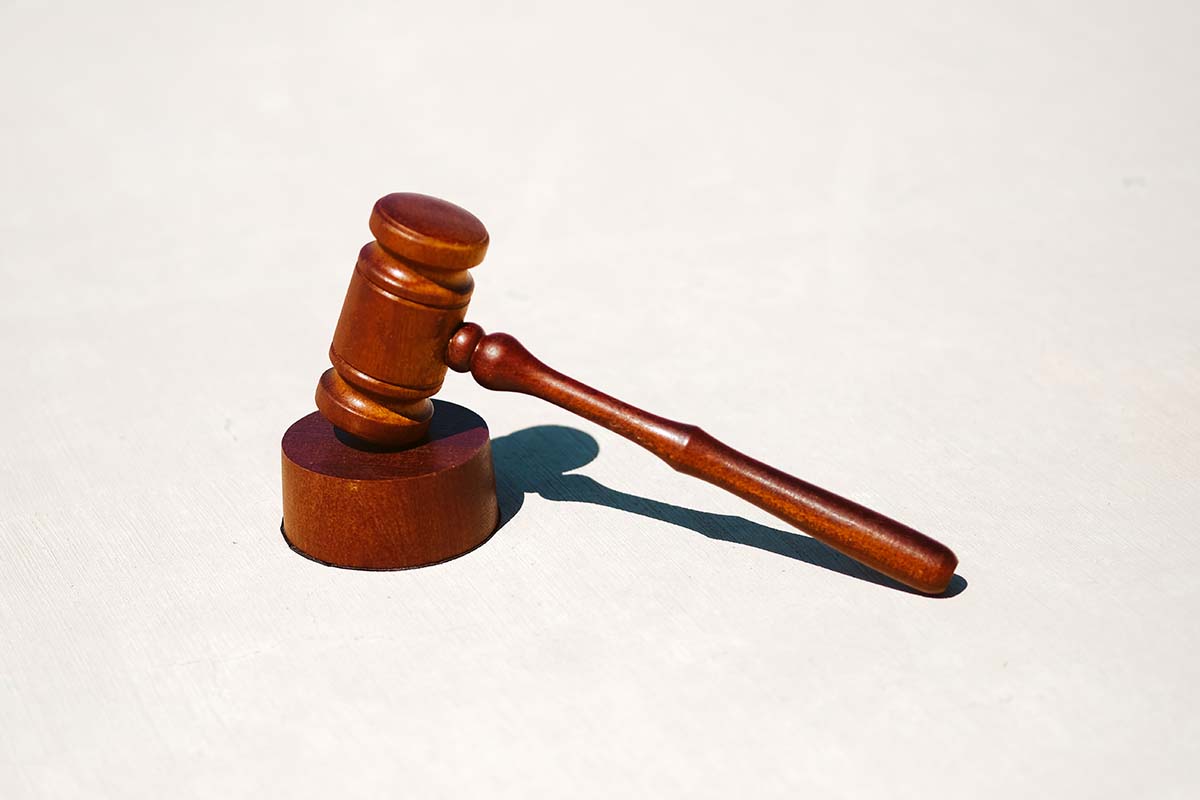 It’s a sunny Sunday in winter. Greece is in lockdown, parks are closed, but the beach is open to all. I arrive at Kavouri, south of Athens, with Lorenzo; we carry a bag of buckets, spades, scoops and other beach toys. We sit down, and he starts pulling them out, but he soon notices a plastic straw on the sand. He picks it up and sees another one a little further on. He loves picking rubbish, and I am not sure where that comes from. (Cue in a joke about me being from Naples and him trying to subconsciously work through my home town’s waste management problem.) So we pick a plastic bucket and walk around the beach picking up rubbish: plastic straws, nylon fishing lines, the odd toy. It’s been windy, and a lot of stuff has ended up on the beach. People also use it for lockdown parties, I suspect from the odd beer cap. Some parents look at me; I smile back, mutter some words, I even say that I have a strange kid. An old lady tells me it is dirty and dangerous to pick up rubbish. I wonder. I join Lorenzo, head down, and follow him, trying to be in the moment and shake off other people’s eyes. Lorenzo seems happy. Isn’t that all that should matter?

A recent survey of parents across 28 countries showed that four out of five parents (82%) feel judged. The proportion is higher in Singapore (92%), the United States (92%) and Poland (91%). Around one in ten parents (12%) say they feel judged “very often”, with the proportion going up in India (28%), South Africa (23%) and Mexico (19%). What’s interesting is that the judgment that parents feel appears to be more than just a perception: four in five non-parents (81%) say they *do* judge parents. The top reason for judging parents is how they manage their children’s behaviour, followed closely by how their children behave. (By the way, the research doesn’t cover how much parents judge other parents, but I’m sure that is a thing too!)

This is to say, it is not all in my head. When I feel people shaking their heads when Lorenzo picks up rubbish on the beach, I am most likely not making it up. The thing that puzzles me is that what’s considered acceptable behaviour in children and parents constantly varies, across time and cultures. A mother at Disneyland in Paris was told off for breastfeeding in public. Another person may be judged if giving the bottle. I know an Italian grandmother who loudly disapproves of her Danish daughter-in-law’s habit of making her children nap outside in winter.

In a TEDTalk that Najuan, a member of this community, suggested, Yuko Manakata, a professor of psychology at the University of California, Davis, who researches children’s development, talks about how little parental behaviour actually affects the outcome of children. “The one consistent message is that if your child is not succeeding, then you’re doing something wrong,” she says. “The science supports a completely different message, which is quite empowering. Trying to predict how a child will turn out based on choices made by their parents is like trying to predict a hurricane from the flap of a butterfly’s wings.”

If you’re a parent, you’re like the proverbial butterfly that flaps its wings in China, explains Manakata: “Your child is the hurricane, a breathtaking force of nature. You will shape the person your child becomes — just like the butterfly shapes the hurricane — in complex, seemingly unpredictable but powerful ways.”

Manakata refers to a 2015 meta-analysis of thousands of studies following over 14 million twin pairs in 39 countries. By comparing and measuring all the studies’ outcomes, the researchers concluded that genes influence who children become – much more than the environment. Of course it is not that simple. It’s the constant nature vs. nurture conversation, which has now slowly evolved in nature AND nurture: both our genes and our environment shape us, and they do so in ways that are not easily measurable. The main point is that every child will respond to a parent differently: if you have siblings, can you think off the top of your head how your parents influenced you differently? I certainly can.

The point is that no particular kind of parenting leads to direct results. So how can we judge parents for their children’s behaviour, if that is the case?

It’s a hot Sunday in summer. Our closest beach is full of waste, washed in by the tide. I sit down with Lorenzo in the shade, and he falls asleep. While he sleeps, a young couple walks around collecting the rubbish in a plastic bag. I join in and pick some up too, and other adults do the same. When Lorenzo wakes up, we go for a walk, and we get to a rock that separates one stretch of the beach to a second one that is almost completely covered by the high tide. As soon as he catches sight of the covered up sand, Lorenzo screams: basura! (It’s rubbish in Spanish.) He’s right: there’s so much rubbish around, the couple has not come so far in their cleaning efforts. There’s a pair of old shoes, bottles, plastic cups, some socks. I imagine friends spending a drunken after-office night here and challenging each other to swim, one of them leaving behind his work shoes. The high rock wall forms small caves on the beach, and Lorenzo’s small hands manage to reach for tucked-away plastic cups in these corners. I collect what I can in one of the old shoes and tell Lorenzo we need to find a plastic bag to collect more. As we walk, a few people give me dirty looks. But I feel proud: I hold the plastic bag high in my hand and tell Lorenzo we’ve done a good job. I see the young couple, and we compare our booties: our bag is bigger, and heavier. There is rubbish in the sea too, but we can’t get it this time. I tell Lorenzo we will come back with a fishing net next time, and gloves too.

What about you? If you have children, do you feel judged by others for your children’s behaviour – and do you yourself judge others? And if you don’t have children, do you judge parents, and what for? I’d love to hear your thoughts. Feel free to send me an email or sign into the website and leave a message below this piece.

An argument in the car on the way to football practice. She is five and hates the corners in her rice cakes. He is an assistant coach to her football team. “You’re really not the coach. You just inflate the footballs,” she says. And ouch! It hurts, even as a reader. It is so relatable how Swedish writer Fredrik Bakman describes his relationship to his daughter in this piece for the Guardian and how becoming a father helped him find an identity. It is such an honest account, from a male perspective, written with such sensitivity that it had me in tears a couple of times. I highly recommend it.

A warning: Smiling While Pushing, the first episode of The Darkest Light podcast, uses visual descriptions of birth trauma. If you’re pregnant, you may want to skip it or at least be prepared for what you hear. That said, part of the point of The Darkest Light is to inform more women of what could go wrong and why specific systems give you little choice for birth options that are better for the mother – and the baby. Sri Lankan journalist and writer Kanya D’Almeida put together this podcast to start processing her traumatic birth. D’Almeida talks to her mother about what it was like to give birth in Sri Lanka in the 1980s and compares that experience with her own birth story from 2019. Just one generation apart, but such differences. An intense, powerful listen.

In the Dutch documentary series Talking Heads, host and children’s hairdresser Marko Suds talks to eight- to 12-year-old kids while cutting their hair. In this version for Aeon, Suds meets Marijn, who wonders about his sperm donor father; Taysen, who’s tired after spending the night up watching a TV programme; Zhuan, who has Tourette’s syndrome; and Annemarie, whose father has had a stroke. I’m not sure how I feel about certain questions (Do you miss your father? Suds asks Marijn. But the boy has never met his sperm donor father…), but I do think that the style is overall interesting. I just wished we didn’t have to put children in such a weird spot to ask them what they think.

I’ve had a good laugh with Scottish comedian Eleanor Morton and her Tudor Wellness Guru video. “You have too much blood,” she says. “So we’re going to drain about three pints of that with a couple of leeches.” It made me think of all the harmful beliefs women were subjected to (including the wandering uterus theory, that I will come back to at some point!). Wait for the final punchline on inserting a jade egg in your vagina. It refers to Gwyneth Paltrow’s wellness website Goop that US-Canadian gynaecologist Jen Gunter has written about many times, explaining how jade eggs are not based on scientific evidence.

It’s been quiet on the website over the past couple of weeks (*hint, hint! I’m waiting for more comments!), but I’ve been receiving many emails. Alba referred back to the story about pregnancy harassment in Japan and said that it reminded her of Empress Masako, her openness about her struggle to give birth to a male heir (she had a daughter only), and how much these pressures affected her mental health. As this article in the New York Times puts it, Japanese media saw her as “a walking womb in waiting”. I look forward to hearing from you!

6 thoughts on “Why do we judge parents?”