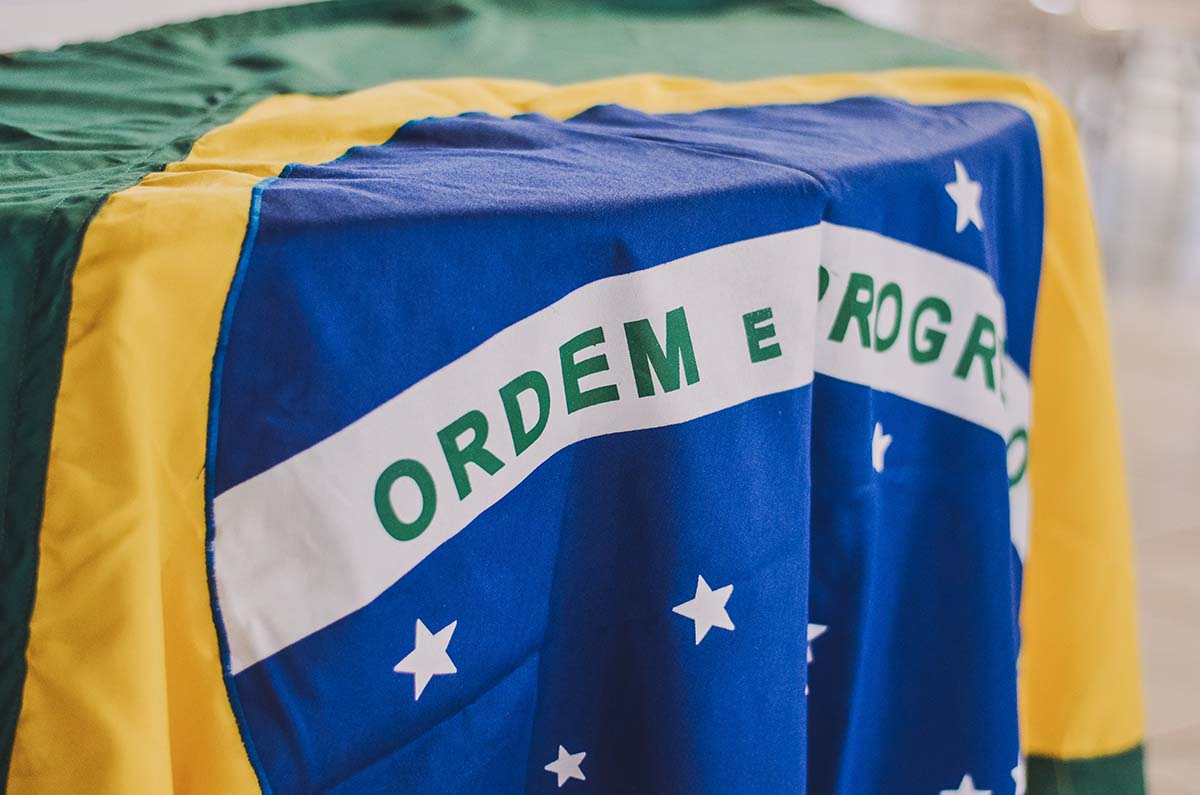 It’s been six years since the Brazilian government declared a national public health emergency for Zika — a mosquito-borne virus that attacks the developing brain and that can lead to severe health problems in children born to mothers who contracted the infection.

At the time, I lived in Buenos Aires, Argentina. The worst of the epidemic was in Brazil’s north-east and Argentina felt initially sheltered and distant. The crisis seemed far away and contained before it became part of everyday conversations across the Americas throughout 2016: it was the first time a mosquito-borne virus was known to cause severe birth defects. A friend of a friend was a flight attendant: she was pregnant when she decided to stop working to avoid flying to Brazil. Friends avoided trips to Colombia or Brazil because there was still a limited understanding of just how the virus might affect people’s reproductive systems.

We may be able to relate to that feeling of uncertainty now that we’re experiencing a much larger public health crisis, but the consequences of the Zika epidemic have been largely forgotten. The images plastered across international media which depicted Brazilian mothers battling with the stigma of having a child with a disability are distant, as are the memories of the newborns’ heads being measured — microcephaly (a birth defect where a baby’s head is smaller than expected) is one of the condition’s most visible effects. But there are still some 3,000 Brazilian children who were born with congenital Zika syndrome (and hundreds more across the Americas). They went from making daily headlines to being forgotten by the media, researchers and public policies. Moreover, a Zika epidemic may strike again and the information we have gathered is not clear enough to help guide us through a future crisis.

I recently had the chance to support the work of two Brazilian journalists who have been following children affected by congenital Zika syndrome over the past five years. As part of the Early Childhood Global Reporting Fellowship organised by Columbia University’s Dart Center for Journalism and Trauma, Fabiana Cambricoli and Mariana Lenharo worked on two separate articles that show how important journalism is when done well. Good reporting reminds people of the issues that politicians prefer to leave behind and it asks tough questions of our society’s priorities.

As Fabiana reports (in Portuguese) for O Estado de S. Paulo, one of Brazil’s largest dailies, of the 2,953 children affected by Zika syndrome who are still alive, only 56% currently receive specialised treatment. The number of affected children is most likely higher, as many cases are still awaiting a precise diagnosis. For example, in 2020, 1,007 suspected cases of congenital Zika syndrome were reported, of which only 35 were confirmed, while 597 are still being evaluated. While the bulk of cases took place in 2015 and 2016, research into the effects of the Zika syndrome is still relevant because new cases are being confirmed every year.

“The scientific community’s effort was to establish the causal relationship between the Zika virus and microcephaly, but was that the most relevant question?” researcher Monique Oliveira asks in Fabiana’s article. The frustration of the families is evident. Those who can afford to — like the family of Matheus — try out all sorts of therapies without knowing what exactly will work better for their children. For other families, the economic crisis brought about by Covid-19 meant moving to more remote places that don’t offer good therapy for the children.

The Brazilian government offers a monthly stipend of 1,192 reais (US $209), the equivalent of a minimum salary, to every child affected by congenital Zika syndrome. Yet that is hardly enough to pay for some of the therapies, if the government steps away. For example, even before the Covid-19 pandemic, for six months, the public health system ran out of a rather expensive drug that helps stop convulsions, which is one of the conditions that affect some of the children. Families could not afford to pay for it with their own means and this affected their children’s well-being.

In her investigation for Undark magazine, Mariana also asks tough questions of the scientific efforts, explaining how some families felt like guinea pigs because they didn’t hear back from researchers after contributing to their work. “We feel diminished,” says Alessandra Hora dos Santos, one of the carers featured in the article. “It’s like we were lab rats. They come in nicely, collect information, collect exams on the child, and in the end we don’t know of any results. It’s like we are being used.”

The article shows what happens when families feel left behind by researchers and asks tough questions about the ethics of scientific research when there are children’s lives involved. There are questions that are worth extending to journalists and policy-makers too: once the attention shifts to another topic, or another emergency (as it did now with Covid-19), what happens to those who were in the limelight? Who takes care of them? The children of Zika should not be forgotten, and Mariana and Fabiana have done a great job of reminding us.

Which stories that were in the news do you think it’s worth following up on*? I’m interested in those that focused on children. I’d love to hear from you. Feel free to hit reply or leave a message below this story on the website.

This short guide on How to Stop Yelling at Your Kids by US parenting and child behaviour specialist Bonnie Harris offers an insightful explanation into what happens when children push our buttons and we react by yelling, or saying things we know are not helpful. Instead of thinking we are bad parents, we can stop and examine what crosses the line for us and whether there is a negative belief from our childhood that has been activated. Harris is a counselor and a lot of what she mentions seems like material you would dig up in therapy. Definitely worth a read, and worth doing the follow-up homework too. 😉

Last week, as I gave a preview of the stories I’m working on during my monthly Zoom chat with readers of The First 1,000 Days, Nabeelah said that the story of the Zika children reminded her of the babies affected by the drug Thalidomide. This November marks sixty years since the German drug was taken off the market after evidence that it was leading to the death and serious malformations of children when taken by pregnant women.The Zika story is different because the birth defects were caused by a mosquito-borne virus, while Thalidomide is a drug that was sold without knowing the effects it would have on pregnant women. But what’s similar about the two stories is that parents whose children were born with a disability faced a lot of stigma. The Thalidomide children’s experiences were also highly mediatised — but quickly disappeared from public consciousness. I went back to this BBC podcast that my then colleague Frederick Dove, himself a Thalidomide child, put together ten years ago. Dove doesn’t talk about his personal story, but he interviews a mother who gives a touching account of how she found out about her daughter’s condition. What’s worse, maybe, is that many of the surviving children are still waiting for compensation — six decades later.

I’ve started watching HBO’s Scenes from a Marriage, a remake of the 1973 Swedish miniseries of the same name by Ingmar Bergman. As the title suggests, it depicts the inner workings of a heterosexual relationship: awkward silences and empty exchanges, painful negotiations and built-up rancors. Years ago, I watched a beautiful theatre rendition starring Argentina’s Ricardo Darín that was punchy and cruel. The US series is quite long in comparison, and I am yet to fall for it. And since the first episode is (also) about the decision to have a second child, it hit close to home. I’ll keep you posted. And if you’ve watched it (or Bergman’s original) let me know your thoughts!

This stunning photo essay by AP photographers Oded Balilty and Khalil Hamra that shows just how similar — and profoundly different — beach life in Tel Aviv and Gaza City, just 70 kilometres apart, is. It makes for a bittersweet thought when considering Israel’s military policies.

Following last week’s newsletter on my efforts to learn how to draw, several of you wrote to tell me about your efforts to learn other things. Almaz said that learning how to draw is one of her planned projects in retirement, while Fons shared his struggle to learn how to play guitar at age 16, and later the lute. “The enjoyment pulled me further. Not really knowing, at the time, how to practice, taught me many other things, about myself, my surroundings and new interests,” says Fons. Finally, Nassim shared another great resource: this TED talk by graphic journalist Wendy MacNaughton who teaches how to observe other human beings attentively to draw a face. Nassim also suggested MacNaughton’s Draw Together classes on YouTube, which are free. That’s what I’ll be doing next!

📣 Nabeelah Shabbir, a member of this community and a friend, edited and improved this week’s newsletter with lots of love, logging in from Amsterdam, the Netherlands. Thanks, Nabeelah! (If there are mistakes, they are my fault, not hers!)