Can you draw? I didn’t think I could – but then I was surprised 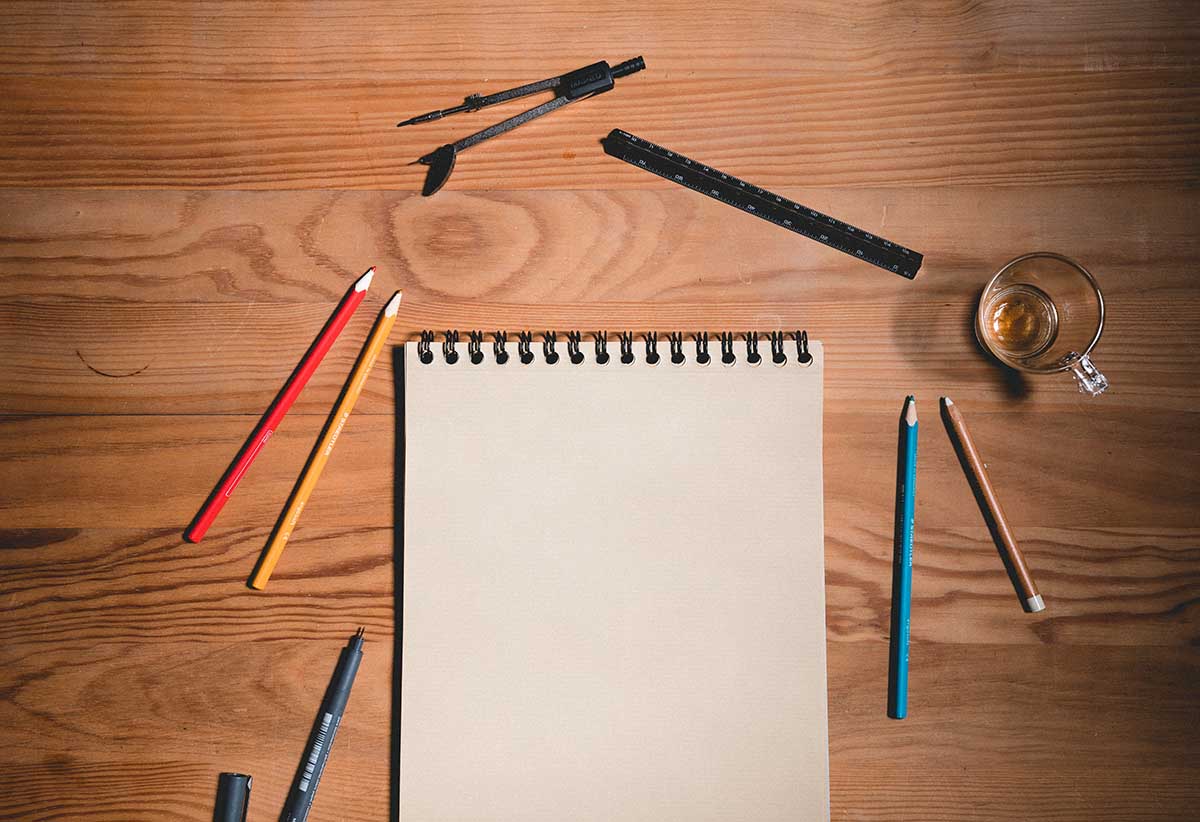 I can’t draw. This is how I premise any attempt at putting a pencil on paper, or even a piece of chalk on the pavement. I may be able to write or have a good sense of how to combine colours, but I’ve always thought that sketching a shape is really beyond me. I’ve caught myself saying “I can’t draw” to my son Lorenzo many times when he asked me to draw a pig, an excavator, or a wolf.

But what’s really behind that sentence, “I can’t draw”, and is it the best way to engage with a child – and with ourselves? Clearly, I’m not one of those talented people that win a round of Pictionary after drawing a couple of lines. On the contrary, I feel so ashamed of my apparent incapability to find the right proportions in a face that I used to dread my turn at drawing in the board game. And I’m not suggesting that I’m deep down a visual artist who has repressed her inner calling. But I do think that by questioning this sentence, “I can’t draw”, I’ve learnt a lot.

It turns out that many people think they can’t draw. Graham Shaw is a British communication coach who has given many talks explaining why most people feel that drawing is either something you’re good at or something you cannot do – like singing or learning languages. “When people say they can’t draw, I think it’s more to do with beliefs rather than talent and ability. So I think when you say you can’t draw, that’s just an illusion,” says Shaw in this TED Talk. To prove his point, he goes on to teach people how to sketch a few cartoons.

I tried it myself, and I was delighted.

It’s pretty cool for something I learnt in 10 minutes and have now been able to reproduce over and over again. In his talk, Shaw uses several examples to prove that everyone can draw. One of them is particularly touching: he gave a lecture to people recovering from strokes, and they could all reproduce the cartoons he taught and seemed delighted in the process. Shaw eventually realised that they had managed to draw these cartoons even though they were using their “wrong” hand because their “right” side had been impaired by the stroke. Inspired by this story, I tried to draw with my left hand – and even then I was quite pleased with what came out.

Jamaal Rolle, a Bahamian artist, says that if you can write, you can draw. In a fun TED talk, he shows how he transforms words into pictures. His technique is harder to follow, but I tried it a couple of times and it was fun to experiment with – though I am too shy to share the result!

Now, when I get a request from Lorenzo, I first give it a try and we laugh together at my weird pigs and gravity-defying towers, but then I find a tutorial to help me guide through a shape or another. I try and I try until I get an image he approves of.

One morning, as I was doodling along with him, I noticed that a certain angle I had drawn by mistake looked like a duck’s beak from another perspective. I had found the key to drawing another animal, all by myself! I thought I could not get better at drawing without external help, but there I was, and it was possible: I found the key to a duck. Right now I’m trying to get the rest of the body right. I’ll keep you posted on what I come up with.

The point is that I spent a couple of hours trying to learn some basics of drawing and I’m getting somewhere, I can notice it. So why did I spend most of my life thinking that drawing is an innate skill that cannot be learnt and I kept myself in the “I can’t draw” tunnel? Was it fear of failure, or too high a standard? And yes, if you wonder about the science, certain elements in an artist’s brain appear to be different from those of non-artists, including more developed fine motor movements and visual imagery. But as usual, it is hard to define whether those traits are innate or can be developed with training. And research into this area usually focuses on representational, not abstract, drawing – meaning that it looks at the ability to reproduce a real image.

If you look at the story of Shantell Martin, a British visual artist, her art is based around sketching lines. Her freestyling technique, where she allows herself to follow where the line takes her, landed her sketched bedroom on the New York Times and then got her many other gigs. It all started with believing that a line was worthwhile following.

Thanks to Lorenzo’s first experiments with pencils and colours, I’ve caught myself saying “I can’t draw” – and I’ve been inspired to learn. I’ve also, hopefully, avoided transmitting a sense of shame around trying something for fun without having to become a renowned artist. But how many other things out there do I think are off-limits? And if I stop myself from even giving it a try, am I just boxing myself into a well-guarded, risk-free comfort zone? What else do I think I would never learn but I could at least try out? Right here on the spot, I can think of surfing, illustrating a children’s story, driving up the hill where I live, learning Japanese and Arabic, skipping the rope (I’ve really slacked on that project by the way).

This BBC article about the medical benefits of baby massage in South Asia. Studies have shown that oil massages, when done properly, can boost babies’ weight gain, prevent bacterial infections, and cut infant mortality rate by 50% – especially i preterm babies. (Massaging also has other benefits: I previously wrote about how it can help accelerate the onset of walking, for example, by stimulating the children.) If you’re interested in finding out more, don’t trust websites and ask your healthcare providers first.

I finally watched The Mitchells vs. The Machines, the animation that tells the story of a dysfunctional family (aren’t they all?!) that gets caught up in a sci-fi plot of machines taking over the world. At the heart of the story there is a realistic rift between Katie, an aspiring filmmaker ready to go out to college, and her father who seems not to get her. There are hilarious moments on our use of technology and some family drama that even brought tears to my eyes. It is a good watch for the whole family.

This essay by Turkish-Australian writer and researcher Eda Gunaydin hit just the right spot. It talks about loss and giving into grief, “letting go of the caretaker roles you find oppressive”. The first-person narrator stops watering her succulents, stops meeting deadlines, stops writing. I read those words and I find them liberating: who says we need to keep this pressure on all the time?

Following last week’s piece where I reflected on sexuality and the Netflix series Sex Education, a few of you wrote back to say they were particularly impressed by Dutch artist Hilde Atalanta’s Vulva Gallery. I agree and I wanted to share it again, in case you’d missed it! There was also a great message by Catherina: “This is a very important subject I think and the way you name this 14 points is life enhancing for many people. As a biology teacher I talked a lot with my students about sex and found a great deal of uncertainties, misunderstanding and cultural beliefs instead of knowledge. Not only among students, among grown-ups and other teachers as well. What is even worse: many people don’t want to know and just struggle in their relationships and gave up hope for a better life.” My follow-up question is: if we can bring sex and relationship education to children and young people in schools, how do we make sure that we adults also keep learning? I’d love to hear your thoughts!

P.S. See you at today’s chat? You can still register here.

Photo credits and alt-text: KOBU Agency on Unsplash, sketchpad and coloring pens on a wooden table.