You don’t need to praise my child’s multilingualism 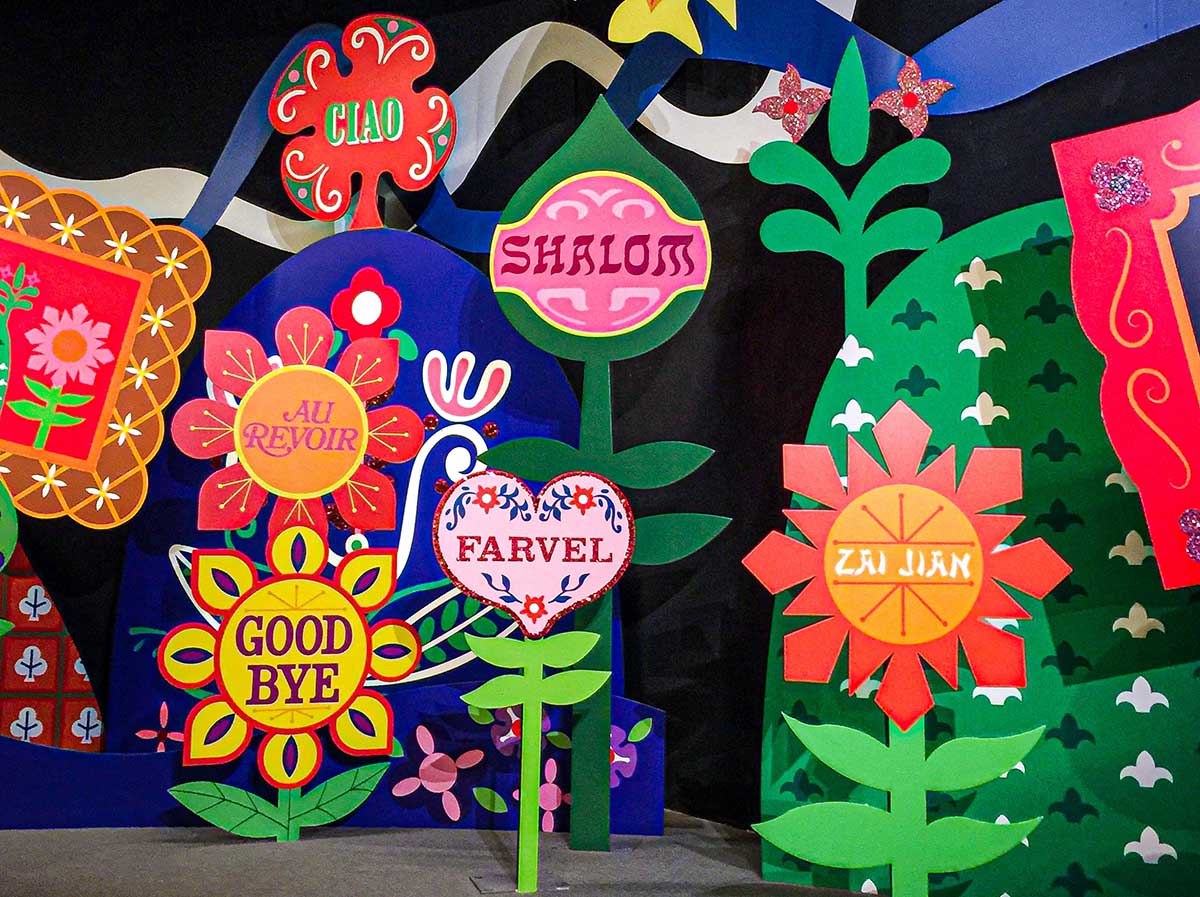 When people congratulate me and my partner Nacho on our son’s linguistic achievements, we usually shake off the compliment and joke that there is little merit in them. Don’t get me wrong: it’s astounding for someone like me who grew up as a monolingual to witness a toddler grasp and repeat words and sentences in several languages. I envy him for all the hard work I had to put into mastering languages other than Italian. But Lorenzo is being raised in four languages, and it would be surprising and maybe worrying not to see him interact in them.

I speak to Lorenzo in Italian, and his father Nacho, who is from Argentina, speaks to him in his mother tongue, Spanish. We’ve been living in Greece for over a year, and he goes to an English-language daycare where most of his friends are Greek, and use Greek among themselves. Lorenzo mostly mixes several languages in the same sentence, but he is aware of who speaks what at home and often he translates words into Italian if he thinks I am not understanding him. His verbs are often in English (Me wash tomates – tomatoes in Spanish – is a classic example) – I have come to ask myself whether he’s decided to pick the language that will give him fewer difficulties with conjugations. My knowledge of Greek is basic at this point, but even so I can sometimes recognise a Greek word in the mix too (papoútsia, the word for shoes, was one of his favourites for a while).

I got thinking about languages again after listening to this episode of Subtitle, a podcast I love because it looks at languages and people who speak them. This episode which I highly recommend in particular is about polyglots – those who can speak multiple languages, and whether their brains are different. I am interested in this because I myself speak six languages to different degrees of fluency and am now trying to learn Greek. I was raised with the idea that I had a particular ease with languages while my brother was good with numbers. It turns out, as the podcast explains, that the way we learn languages is still quite mysterious. So far nothing has proven that certain brain characteristics or genetic traits can help some more than others with language learning.

Journalist and podcast presenter Patrick Cox (a colleague I really admire!) interviews Evelina Fedorenko, a cognitive neuroscientist who runs a language lab at M.I.T. in the United States. “I don’t think there’s going to be one way in which your brain is good for learning languages. I suspect there’s going to be many strategies and some strategies will work for some people and other strategies will work for other people,” Fedorenko says in the podcast. “All brains are different. But most brains can find ways to get good at things that hard work will often get you a long way. I think brilliance is often overrated.”

That resonated with me a lot. While people have good intentions when they talk of Lorenzo’s linguistic brilliance, I simply want to make sure that we avoid unnecessary praise and don’t box him into one thing he is supposedly good at from such an early age.

A few weeks ago, I recommended an episode of the BBC’s Parentland podcast on raising a multilingual child that gave a unique insight into children growing up with many languages across Africa. I’ve seen this in many other contexts, with friends in India or Latin America: children exposed to multilingual societies will more naturally pick up more languages. Of course not everyone becomes fluent in a language they’ve heard growing up unless they have genuine, meaningful interactions in that language. For example, I don’t expect Lorenzo to become fluent in Greek unless he takes formal classes or spends more time in the country. Plus you can always forget a language you learnt as a baby, as was (and still is) the case in some immigrant families. A friend of mine in Argentina, for example, spoke Italian with his Italian-born grandmother but slowly started losing the language after she died.

My bottom line is that we should avoid as much as we can to hold our children up on pedestals or consider multilingualism a freakish or incredible ability at such a young age. I’m all for encouraging it, but more than praising the children, I’d love to praise the carers and societies that help children feel comfortable in their many languages, as I wrote about a while ago. (I’m also all for multilinguals who learn their languages independently as they grow up, I find their stories amazing!! I’m thinking of people like Susanna Zaraysky who is featured in the podcast episode I mentioned above.)

And for once, I’d like to praise myself too. I have lived outside of Italy for most of my adult life and have rarely used Italian to write or work. When Lorenzo was born there was never a doubt I would speak to him in Italian: I knew no nursery rhymes in other languages and I can’t count fast in languages other than Italian. If English is my journalistic language, then Italian is surely my baby language. It is my mother tongue, and though I sometimes struggle to find the right word, I am having a great time at regaining it through him.

But what will happen to Lorenzo if he ever has kids? Which language will be stronger in his case, which one will be closer to his heart that he wants to pass on? This one bilingual mother for example managed to introduce her father’s language to her child with – you probably won’t guess it – the help of a cat. But I’d love to hear from you. Were you raised in a multilingual context? If so, did that influence how you raised your kids? And if you’re raising multilingual kids, how are you going about it? Please send your thoughts by hitting reply, or below this story. Remember to log in first.

Imagine a society where families as such do not exist and we are all in charge of each other, where blood links don’t matter. This is a simplification of what UK-born feminist thinker Sophie Lewis argues in her book Full Surrogacy Now, and this article has a great review of it. The Vice article also takes the reader through an interesting excursion through what radical feminism makes of motherhood and family in general. Thanks to Lynn, a member of this community, for sharing this. It’s worth a couple of reads because there is a lot of information to take in!

This 30-minute radio documentary broadcast by the BBC World Service gave me an insight into what intergenerational trauma can look like. It explores the deep wounds left by blackbirding – the 19th-century trade of kidnapping or tricking people from South Pacific islands on board ships so they could be taken to work as slaves in Australia. On the island of Tanna in Vanuatu, the stories of the children kidnapped from the local beaches are still remembered now – some 150 years later. Journalist Fiona Pepper hears the stories of the descendants of those who were kidnapped and finds out how the community continues to warn its young of the danger of white men.

I haven’t had time to watch anything, except for one thing: the trailer of the third season of Sex Education, the Netflix series that has inspired some of my writing before. I know that the series has been criticised for how it portrays a key gay relationship (don’t go to the link unless you don’t mind spoilers!), but I still find the overall premise of the show and the openness with which it handles many of the sex taboos out there hugely refreshing. I can’t wait to have a few evenings freed up soon to watch the third season.

The Designing Motherhood Instagram account is part of a larger project, including a book and an exhibition, that researches the objects and designs which have shaped our reproductive lives. It features iconic books such as Adrienne Rich’s Of Woman Born and objects such as breast pumps and IUDs. Stay tuned for my review of the book!

📣 Nabeelah Shabbir, a member of this community and a friend, edited and improved this week’s newsletter with lots of love, logging in from Amsterdam, the Netherlands. Thanks, Nabeelah! (If there are mistakes, they are my fault, not hers!)

Photo by JACQUELINE BRANDWAYN on Unsplash, paper figures with “hello” and “goodbye” phrases in different languages.