What my child is teaching me about travelling 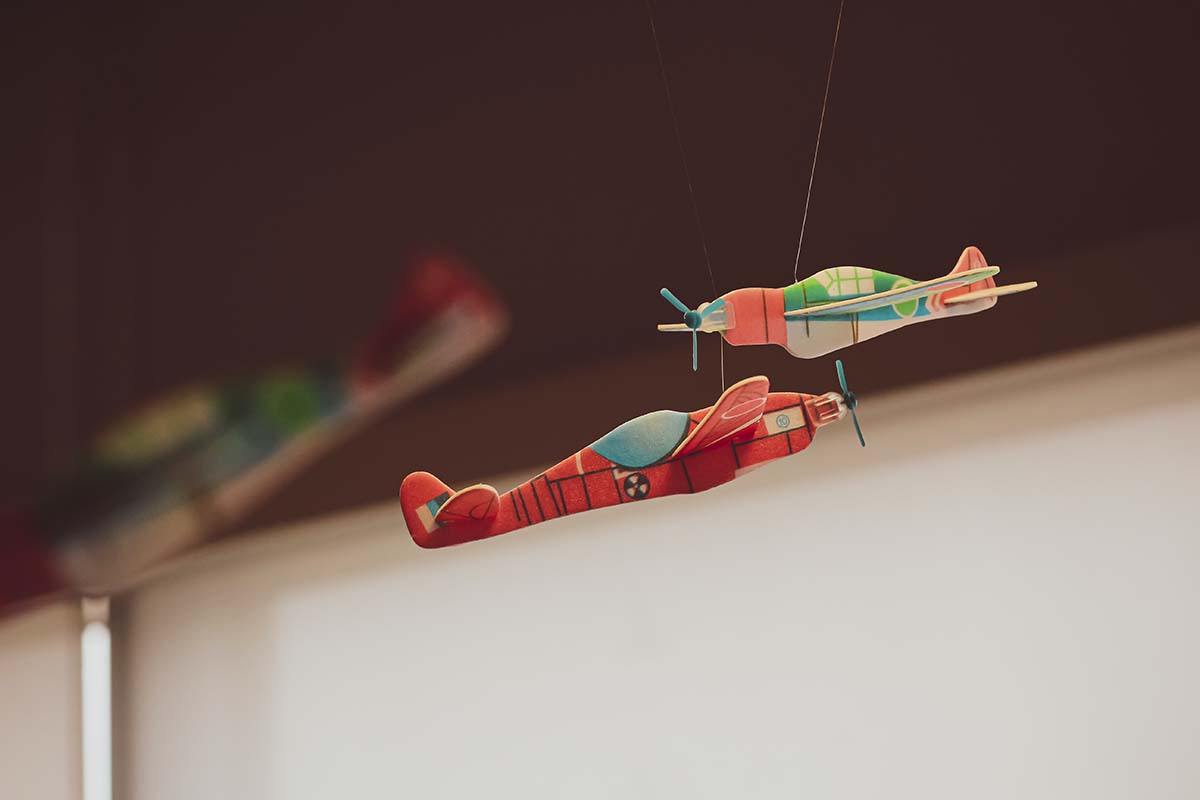 We’re on the road. We left Greece a couple of weeks ago for the first time in over a year to travel to Italy overland to see my parents and meet my brother’s daughter, Ines, who was born five months ago.

Those 14 months in Greece were the longest I stayed put in my adult life. This may not come as a surprise, if you’ve been following my work for a while. You may remember that my son Lorenzo was born while we were housesitting in Umbria, central Italy, and lived in that home until he was three months old. We didn’t have a fixed address again until we decided to settle in Greece between lockdowns. If you’re new to this space, however, let me tell you that I was born in Naples, in southern Italy, and I left when I was 17 to study abroad. It was 1999. Since then, I’ve lived in a dozen countries across the Americas and Europe for studies, work and love.

After meeting Nacho, my Argentine partner, who’s also a journalist, we decided to live out of suitcases while pursuing writing projects. Friends would tell us that we would stop once we had a child. Now they tell us we will stop when Lorenzo starts primary school. My father has given up guessing the future and has settled for calling us hippies.

When Lorenzo was born, we did not stop travelling. He came along with us during work trips to Lampedusa and Amsterdam, to conferences in Switzerland and Sweden, to visits with friends and family in France, Germany and Argentina. I sometimes worried whether this nomadic lifestyle was too much for him, but I usually concluded that travelling was an intrinsic part of my life I couldn’t shelter him from.

After so much movement, staying put in Greece felt strange but also quite natural. There was the pandemic, of course, and a lengthy lockdown. We dealt with a tough year: I lost my job at The Correspondent and launched this newsletter, faced the pain of miscarriage and dealt with the pressure of working full-time from home without childcare. Travelling did not seem feasible at the time.

Once we got vaccinated, though, things started to look different. I wanted to meet my niece in Italy and hug my family too. We packed our van, as we had done many times before, and we set off on a trip through the Balkans to reach Italy, where we are now.

Lorenzo was excited about the idea of seeing his grandparents, and that helped us through long days of driving. We listened to all his favourite nursery rhymes, played at spotting trucks and horses along the road, bribed him with cookies and read books. We even told him that once in Italy, he could try a gelato for the first time. There were some bouts of crying, but we made it.

Since getting to Italy, Lorenzo has gotten into the habit of asking for gelato every day (we are trying to ignore him) and has received way too many gifts. He’s met many of my friends, been at the centre of everybody’s attention and had many adventures. He’s also started asking for his home. He wants to go back to Greece and often talks about our neighbours and friends there. He says casa, the Italian and Spanish word for home. It seems that his first nomadic year of life has been replaced by a strong sense of where he belongs, at least geographically. While I grapple with conflicting feelings about what home is to me, I also worry that this long road trip is bringing too much change and uncertainty in his life right now.

But then, this morning, he surprised me.

We were playing by the pool at the accommodation we’ve rented in central Italy, overlooking olive groves and the medieval borough of Orte. There is a stationary bike that Lorenzo started playing with. He first hung his beach buckets, then his goggles, then the shoes that were lying around and some towels too. “I’m going to leave,” he said. And then he added “ciao ciao” and stepped on the bike with all these random objects. He was playing, of course, but isn’t that how children process their emotions – and traumas too? He was reimagining our travels and taking control of them. He was getting used to our road trip and to the constant goodbyes. We’ve been on the road for a couple of weeks now, but Lorenzo just really got the hang of it now, it seems. And so have I. Seeing him play like a travelling biker helped me relax. We parents often feel a huge burden with the choices we make – and guilt too. But children are much more flexible and imaginative than our fears and worries. I’ve spent most of my adult life travelling, but it’s my son who’s teaching me how to do it with a lighter, more playful spirit.

This article gives an excellent overview of the famous box that every Finnish baby receives at birth. It’s an initiative that started in the 1930s when Finland was a relatively poor agrarian country – not the wealthy Nordic democracy that we envision now. It was meant to provide some basics for every newborn, including some clothes and cleaning products for the baby, but also what a mother may need in the first few months of the baby’s life. The box itself could turn into the baby’s first bed: a mattress, bedsheet and blanket were provided too. Overall, the baby box has become an example of how the welfare state could provide an equal start in life to every new citizen – and it has inspired a lot of awe internationally. Scotland, for example, sends out a baby box too, now. It includes a poem in Scots called Welcome Wee One. A charity that focuses on postnatal depression has criticised the poem for emphasising the happiness that a baby brings, and I think they are right. I also just simply love the idea of giving a poem to every newborn.

I am slowly making my way through the BBC’s Parentland podcast. As you can guess from the name, it is a parenting podcast with an active and international group of listeners on Facebook. What I’ve liked so far is its international outlook, with presenters, contributors and listeners reflecting on realities from different countries. So far I’ve found one episode particularly interesting, this one about raising a multilingual child. The show includes an interview with cognitive neurologist Thomas Bak, who speaks four languages and teaches many more and is raising a multilingual child himself. There are also fascinating insights into children growing up with many languages across Africa and how parents in the African diaspora are getting organised to pass on their native languages to their children abroad. I’ll be coming back to multilingualism soon, so if you have any thoughts or tips, please share!

‘Nadirah: Coal woman’ is a stunning short animated documentary directed by UK artist and animation director Kate Jessop and written by French/Iranian feminist geographer Negar Elodie Behzadi. Based on Behzadi’s academic research on the stigma that female miners face in Tajikistan, the short tells the story of Nadirah, a woman who ends up as an informal miner to feed her daughter and herself after her husband goes away to Russia and forms another family. “Sometimes, when men are away, women stand up,” says Nadirah. But people in her village say that “women who mine cannot take care of the house, cannot make good babies, they cannot be a woman. If women mine, what are men for?” asks Behzadi. Well worth watching and sharing. (And thanks to Daniel, a member of this community, for sharing the link.)

This online campaign by Afghan women to protest against the Taliban’s strict dress code for female students has inspired me hugely. Many women are using the hashtags “#DoNotTouchMyClothes and #AfghanistanCulture to show the diverse and colourful garments that are traditional to the country. It was Dr Bahar Jalali, a former history professor at the American University in Afghanistan, that got the campaign going on Twitter. This tweet portraying Afghan children in their traditional clothes made me happy and broke my heart at the same time.

📣 Catarina Fernandes Martins, a member of this community and a dear friend, edited and improved this newsletter with lots of love, logging in from Orte, Italy. Thanks, Cata! (If there are mistakes, they are my fault, not hers!)

6 thoughts on “What my child is teaching me about travelling”