How I see the first 1,000 days recognised globally 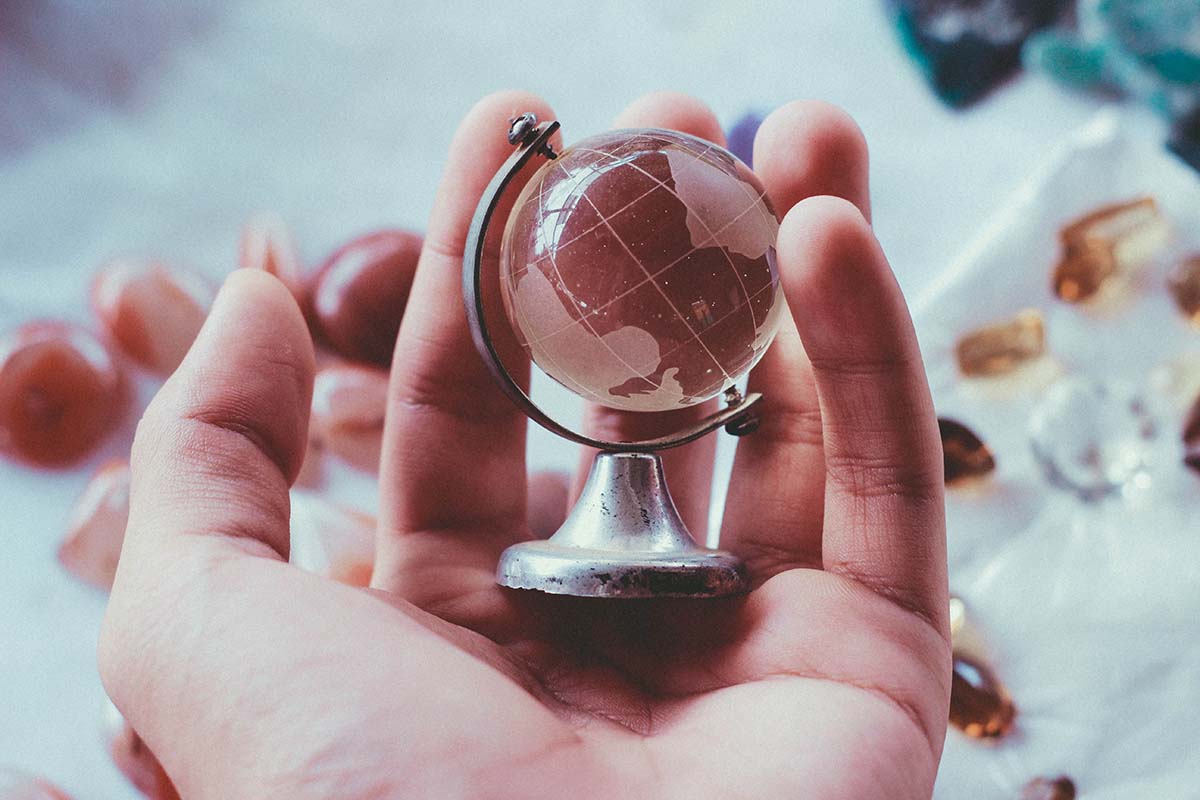 My home city of Naples, in southern Italy, is famous for its wild celebrations on New Year’s Eve. Like many places, at midnight the skies light up with thousands of fireworks — which have caused many injuries and deaths throughout the years. The streets also become impossible due to the tradition of throwing all the old things one wants to get rid of out of the window. So add flying plates and odd bits of cardboard to the danger of fireworks being set off all around. I am not joking — I’ve seen bedside tables, lamps and the odd ceramic toilet careering from a height and smashing onto the cobbles below whenever I ventured out after midnight at new year’s!

In Ecuador, where I lived and worked for four years, the tradition is to create an “año viejo” (literally meaning “old year”) — a papier-mâché puppet stuffed with paper and cardboard and dressed up in old clothes, often imitating well-known figures like Donald Trump — and then ceremoniously burning it in the street.

The idea behind these traditions is appealing: get rid of what is not worth having around anymore, and wish for new things, new feelings.

Whilst I don’t follow these traditions literally, I do like having a year-end digital clean-up, sorting through old emails and closing tabs (!) on my browser. As I am doing it this year, I realised that I have come across a lot of news stories and conversations that are moving our understanding of childhood forward, and that make me hopeful about the future.

The first years of life matter
There is a growing momentum when it comes to recognising the importance of early childhood in how our society is shaped. Many organisations worldwide are taking on the first 1,000 days as a lens to support parents and children — I have heard of many such local initiatives in Italy and Argentina this year, but I know there are many more internationally. For example, the UK’s Kate Middleton, now known as Catherine, the Duchess of Cambridge, launched the Centre for Early Childhood. Among other activities, it spurred the creation of a course on teaching school children the science behind babies’ brain development. My feeling, after years of working on this topic, is that more policy-makers are aware of the importance of the beginning of life, of early trauma and of intergenerational trauma too, and are at least talking about it.

Parental leave and the economy of care
The United States is the only wealthy country in the world where workers are not universally guaranteed an income when they become parents. Through the Build Back Better bill, Democrats under President Joe Biden are trying to pass a proposal for a paid leave programme that may change the situation dramatically for families in the United States. Even in countries where parental leave is a reality, the Covid-19 crisis has created discussions on how much more we can do to ensure families are truly supported. In other places, such as France or some cities in China, fathers have been recognised for longer periods of leave. A company in the UK has also introduced leave for grandparents — a clear sign that private companies are recognising the importance of family-oriented policies to retain their workers. More importantly, we are discussing how important care is and starting to think about how to restructure our economies by prioritising care, as Dutch journalist Lynn Berger is investigating.

Importance of early education
I’ve been following the debate around preschools in Italy, where I was born, and how poor the system is when it comes to early childhood education for the very first years. I will write a longer piece about it in the coming weeks, but I was happy to notice a debate centered not only around the need for preschool so that parents can be productive, but more political voices emerging around the importance of quality preschools and play-based curricula as the basis for a child’s learning. This debate is especially important in the light of the pandemic. A global report by UNESCO, UNICEF and the World Bank says that 167 million children in 196 countries lost access to early childhood care and education services between March 2020 and February 2021, “with projected developmental losses concentrated in low- and lower middle-income countries, which risks further exacerbating inequalities.” But what do we really need early education spaces for? Are we finally shifting from the exam-based approach into play-based curricula?

Children’s wellbeing includes mental health too
There have been worrying reports about the mental health of children and adolescents after the pandemic, with UNICEF saying that 13% of adolescents aged 10-19 are estimated to be living with a diagnosed mental disorder. There is a lack of caring responses and understanding too, and an overall separation between our children’s physical and mental health, and the potential stressors they go through. I see more initiatives popping up that aim at supporting carers, especially when it comes to their mental wellbeing. For example, several programmes in the United States are applying the adverse childhood experiences (Aces) questionnaire to check for potential stressors in families and to provide better care. Naming mental health and putting it on the agenda is a step in the right direction — as long as we stay clear of student surveillance technology or a medicalised approach.

Access to the environment and nature
In 2021 the UN Human Rights Council recognised, for the first time, that having a clean, healthy and sustainable environment is a human right. The resolution came after years of pressure from civil society and many children’s rights organisations, and it is what it is: a UN resolution. Depending on how cynical you are, you may think that it is only words that have no real impact on life. I often tend to think along those lines, but the climate emergency we are facing seems to be pushing more people to advocate for real change. For example, contact with nature is becoming more central to children’s education, with many “forest schools” (educational spaces based outdoors) flourishing internationally — as you can see in reporting from the UK, Canada and Spain. There is growing recognition of how important children’s daily contact with nature is, especially after lengthy lockdowns.

Is our thinking truly changing, or am I cherry picking for signs of change amidst my own anxiety in connection to our climate emergency? What do you think? Have you noticed a shift in the way we discuss children and the environment? Have you not? As usual, please share your thoughts here. I will be slower than usual in replying, but I’ll get there.

This is the last issue for this year. It is my 50th newsletter and it comes two days late! Being in your inboxes every week throughout 2021 has been tough but rewarding. Thanks for supporting me through a very difficult and challenging year. Your readership, your comments, your input have helped me grow and understand different issues across my beat, they’ve turned me into a better listener and a more involved journalist. Our Wednesday exchanges have given me a place to share my thoughts, my ups and downs, even when I felt like giving up. This means a lot.

I am taking a couple of weeks off. It will be my first proper break since February 2020, and I really look forward to it! I will be back in your inboxes on 5 January 2022 to mark our one-year anniversary and announce some new exciting plans for this newsletter. See you soon!

This guide in Psyche magazine has inspired many positive thoughts. Written by US professor of ancient Chinese philosophy Erin Cline, this article goes into some of the teachings of Confucianism and Daoism and how they can help our interactions with children — with some practical tips too. I love the idea of observing rituals, for example, and being fully present for them, or the importance of what we think “success” looks like: the 4th-century BCE philosopher Zhuangzi, for example, praises a woodcarver for having found his vocation and being able to follow it.

I listened to this incredible story of a girl who used The Sims, the popular life simulation game, to deal with her difficult life at home and her traumas. Autumn, now in her late twenties, recalls how isolated and lonely she felt growing up as a single child in a strict one-parent household and being bullied at school in the US. The virtual reality of The Sims — which apparently was more popular among women — helped her find peace when she lost the most important person in her life: her grandmother.

I came across this video after Barack Obama had already left the White House. I won’t get into political considerations, but a lot of his speeches got me “fired up, ready to go” — especially this one when he was campaigning for the 2008 election, and which gives life to this short animation. “Fired Up” combines the audio of Obama explaining the origins of the chant with animations by 13 artists from around the world.

Did you know that having extremely long hair is a “typically Latin American” do? I loved this story about a girl in the province of Buenos Aires, Argentina, who decided to cut her locks off when she got back to school after the Covid-19 restrictions were lifted. Photographer Irina Werning documented the girl’s life and hair during the lockdown as part of a wider project on the relationship that women in Latin America have with long hair — and its meaning in indigenous culture especially.

Last week I wrote about my difficulties driving, and a few of you wrote in to share your own driving traumas and your tips. While Julian in Buenos Aires says that he has practically given up on driving a car, Wes shared a great tip: imagine yourself on the road to find ways you may react to unexpected hazards: “Even if you know the route, take a few minutes to drive it virtually… Think through your drive as you would plan a meal or any challenge. You might discover that you enjoy driving.” Maybe I should think through my drive as I would imagine throwing out all of the things I don’t need this year: a freeing, liberating moment where I can glide through the city and past the sea.