Is a gender-neutral world science fiction? 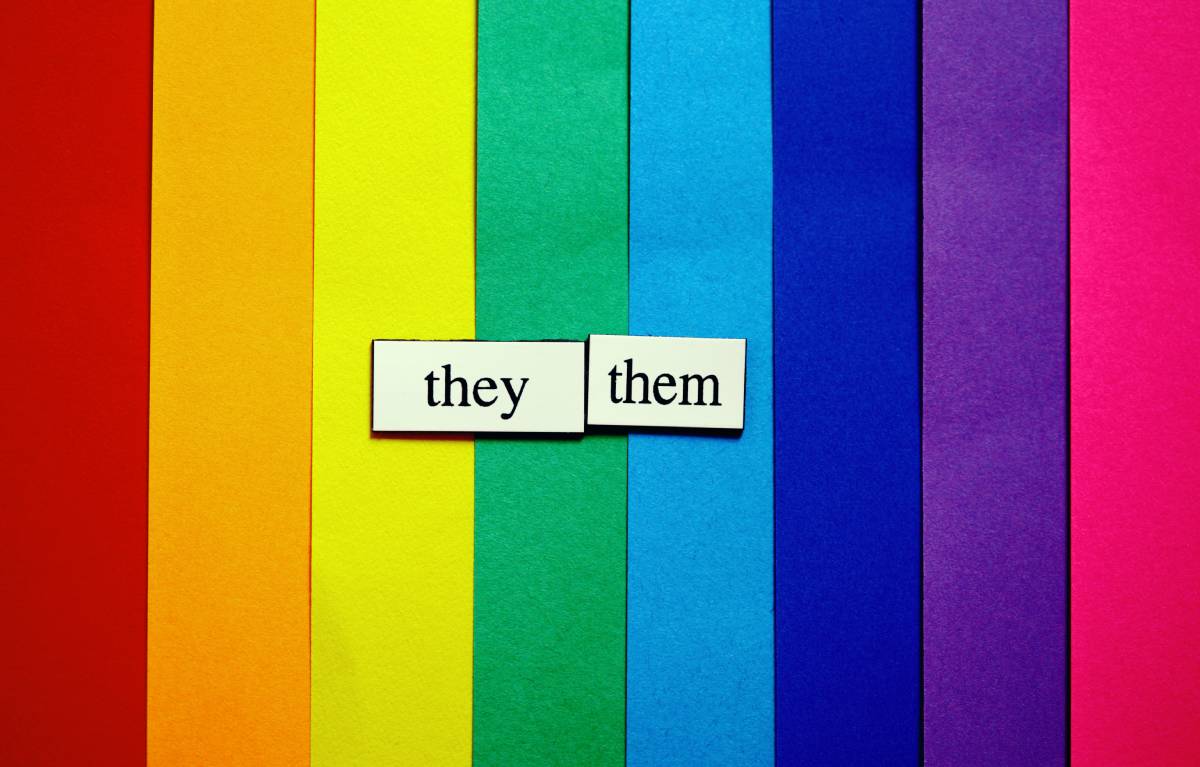 I’ve just come back from a trip to Gethen – a cold place, with beautiful glaciers and a society of people that are devoid of sex and gender for most of the time.

They are simply *people*, undefined by what they have between their legs or whether they can carry a child or not. Once a month, they go into kemmer and become either male or female for that one time. They can switch the following month. During kemmer, they get to stay off work and concentrate on themselves. Whatever happens during kemmer does not affect their standing in society.

Wow! Can you imagine?!

I previously wrote about how I would love a gender-free environment for my own child’s upbringing and was met by a lot of resistance from readers. Despite killing a story I was going to write about how much sex as defined at birth affects brain development, the idea has not left me. I simply can’t stop thinking about all the ways it affected me as I was growing up.

That is why I decided to travel to Gethen, the planet masterfully depicted in The Left Hand of Darkness, a 1969 science fiction book by Ursula K Le Guin. I discovered the planet, also known as Winter, first through the manly eyes of Genly Ai, an envoy from Terra, i.e., a human being from the same planet I was born on. His foreign view of Gethenian attitudes is full of stereotypes and misogyny. Just check out what Ai says about Estraven, a Gethenian politician.

“Though I had been nearly two years on Winter I was still far from being able to see the people of the planet through their own eyes. I tried to, but my efforts took the form of self-consciously seeing a Gethenian first as a man, then as a woman, forcing him into those categories so irrelevant to his nature and so essential to my own. Thus as I sipped my smoking sour beer I thought that at table Estraven’s performance had been womanly, all charm and tact and lack of substance, specious and adroit. Was it in fact perhaps this soft supple femininity that I disliked and distrusted in him?”

You can see that Ai uses the masculine pronouns as the gender-free version (“forcing him into those categories”). Le Guin was criticised for this choice, which she later updated. He also often uses the word “soft” to describe what he dislikes about the Gethenians. In that sense, we tend to think that debates about gender, which seem to be everywhere at the minute, are new, but Le Guin shows that is anything but true.

What strikes me is that Ai may well be a regular guy in this very world of ours these days referring to a trans person, maybe, or anyone else who does not fit our binary vision of the world.

(Let me add a disclaimer: I don’t think Winter is an ideal planet. I don’t like the idea of a world in which everything is determined by your biology at birth, and nothing changes through the environment or personal choices. An imaginary world that very much resembles how many of us think of our very own world.)

Another book has recently taken me on a trip to another unknown world.

Camila Sosa Villada’s Las Malas (Bad Girls, which came out this week in English, translated by Kit Maude) is the story of a young trans woman who moves to Córdoba, Argentina’s second-largest city, and joins a group of trans sex workers. The story, which is based on Sosa Villada’s own life, goes into painful details about the main character’s childhood as a boy in a small town, with an abusive, homophobic father whose main comeback to his child was that he would end up dead on the side of a street one day because all a trans person could ever aspire to was to work as a sex worker.

As Sosa Villada herself points out in a deeply moving TED Talk, her dad (who inspires the fictional dad) was partly right. In Argentina and worldwide, trans people are significantly more likely to be victims of crime, often because of the dangers of sex work, but also because of hate crimes.

I have rarely read prose so vivid and funny as Sosa Villada’s. There is a beautiful part that describes how Auntie Encarna, the eldest trans sex worker who acts as a supervisor and protector of the younger ones, finds an abandoned baby in the park and takes him in – hiding him from the authorities.

Tía Encarna attaches the baby to her breasts. “Auntie Encarna bared her silicon breast and brought the baby to it. The boy sniffed the giant, hard tit and calmly latched on. He wasn’t going to get a drop of milk out of that nipple but the travesti in whose arms he rested pretended to nurse him, singing a lullaby. You’ve never truly slept unless you’ve fallen asleep to a lullaby sung by a travesti.” She later says: “I am not less than your mother for not having an open wound in between my legs.” (The latter sentence is my own rough translation, but I hope to put my hands on the English-language version soon! In the meantime, you can find the previous scene in this excerpt.)

You may have noticed the use of the word travesti. It literally means transvestite, and is kept as such in the English-language version, preferred over terms such as “trans women,” “transsexual,” and “transgender,” which Sosa Villada considers “completely alien to us”. She explains in an author’s note, which The New Yorker examines further, that travesti is a slur, but she wants to reclaim the word.

Back to Auntie Encarna’s magical pink house (“the most travesti house in the world — plants in every window, entangled with other plants, fertile plants that sprouted flowers like fruit, in which the bees danced”), where a travesti turns into a bird and a child can be fed on a silicone breast. The magic in this book is all the more powerful because it mixes a child-like coming-of-age feeling with a very harsh and violent reality.

As you can also see from last week’s article, I am reading a lot these days and trying to find stories that use a child’s voice, or at least that dig into childhood dreams and aspirations. I’d love to receive suggestions, so please let me know what you’ve been reading by leaving a message below this article (if you are a member).

A previous version of this article was originally published in October 2020.

This prize-wining investigation into surrogacy in Kenya is a very important read. Reporter Naipanoi Lepapa posed as a mother interested in commissioning a surrogate and later as a candidate surrogate. Her findings, published in independent media outlet The Elephant, show how the lack of regulations regarding surrogacy in Kenya create a legal vacuum where dubious agencies underpay surrogates and also put foreign couples in trouble. In the first part of the reportage, Lepapa talks to several women who were mistreated and underpaid while carrying a surrogate baby — and in some cases even taken abroad without their consent, which some human rights lawyers say amounts to slavery. The second part explains how Kenya is being sold as a cheap, friendly destination for couples seeking surrogacy, without explaining that homosexuality is illegal in the country and gay couples cannot legally take a surrogate baby home.

Ay Mamá, a song by Spain’s Rigoberta Bandini, has generated somewhat of a controversy since its video was launched at the beginning of this month. The song talks about mothers and boobs, and it is clearly very catchy — it almost made it through to represent Spain at this year’s Eurovision contest. The video is weird, with imagery that goes from classic Renaissance images of breastfeeding mothers to a Mark Zuckerberg-like head that is defeated by boob-generated laser beam. One of the song’s lines is: “I don’t know why our boobs create so much fear.” The song was hailed as a feminist anthem (though that is also quite controversial), until it transpired that the video makers had decided to cut out scenes of real women showing real boobs. Are we still not ready for real boobs in music videos, unless they are sexed up? I’d love to hear your thoughts!

Slow News, the Italian publication that offers logistic and emotional support to The First 1,000 Days, has launched a beautiful stop-motion animated series called Fables from a New World. So far the first two episodes have been released, and they will premiere weekly until May 29. The first one, At the Den of the Inventor Parrot’s, talks about a curious squirrel who liked to explore the world, and shows us how habits can numb the mind. The second episode, The Loneliness of the Fox, talks about empathy, love and finding common ground. I’ll write more about why I love this series, and its child-like spirit, in a couple of weeks, so watch this space.

This multimedia story by the The New York Times takes you around the world by looking at five different playgrounds around New York City, and the hand-clapping routines in Haitian Creole, Korean, Spanish, Arabic and Polish. The videos with translations give a fascinating insight into the rhyming stanzas that children sign, and are mixed with their creativity and inventions.

Last week I shared the news that Baidui, my son’s imaginary friend, had died. In response, I got a fascinating email from Didi, an occasional reader of The First 1,000 Days. “I can’t help but wonder what was going on in (your son’s) life that helped him to overcome the anger and other ‘bad’ things that the first friend characterised and his capacity to have that friend die off,” she wrote. “The fact that a child could work that out himself and then replace him with a friend who he could relate to and was a ‘good’ person is astonishing.” She also noticed that Lorenzo, my son, had replaced Baidui, who was “bad,” with Bandó, who is “good,” and commented that maybe “we don’t really ever ‘get rid of’ unwanted traits but instead transform them into better ones.”

📣 The First 1,000 Days is edited by community member and friend, Shaun Lavelle, who is on day 9 of a never-ending Covid isolation. Send news of the outside world!