Routines are great, but have you tried spontaneity? 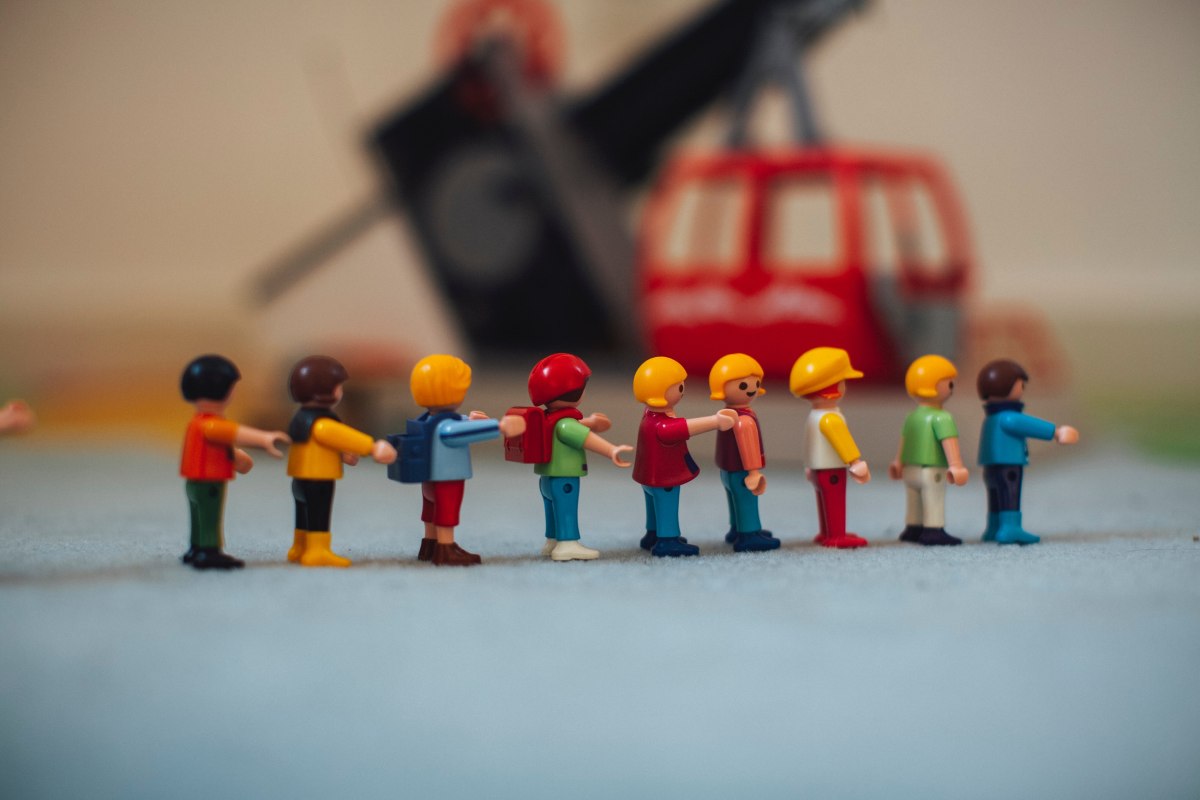 📢 On 21 September, I am moderating a panel on how losing a caregiver can impact a child’s health and what are possible ways to protect them in the future. It will feature Charles H. Zeanah, professor of psychiatry & pediatrics at Tulane University, and one of the authors behind the famous study on Romanian orphanages, as well as journalists Lucero Ascarza, from Peru, and Mythreyee Ramesh, from India. Attendance is free, and you can register here.

Wake up with my son, Lorenzo, as an alarm clock, jumping on me and asking whether he has to go to daycare. Make sure he gets dressed, and so do I, get the breakfast ready, shield myself from questions about why daycare is necessary and why he can’t just stay with mum all day. Pour yogurt and honey in a bowl, trying to sneak in some fruit and some nuts too. Make sure he brushes his teeth and gets his shoes on.

Out of the house, into the car, off on to the road, as we both become silent. Drop him off at daycare, with a big kiss.

Get back home, sit at my laptop, try to figure out what I can get done in the upcoming seven hours when I probably need ten to get today’s tasks done. Get up multiple times to get cold water because the heat is sweltering today. Get up for a stretch when the baby inside kicks especially strong. Smile at a meeting, prepare for another one. Write, edit, read.

Set the alarm clock for 3.35pm so that I can be at daycare in time for pickup. Think of an afternoon activity that I have the energy for. Try to relax, try not to pick up the phone, try to ignore the messages that keep coming in as if I were still working.

Try to make it home for a decent time, to have dinner, prepare a bath, read bedtime stories. Wait until he is asleep. Breathe. Reply to some messages, pick up your Kindle for some reading before I shut my eyes.

Going off (the parenting) script

These past few weeks of solo parenting have shown me how tough it is to be a child’s everything while staying sane too. I have been lucky, with many friends and family around to take care of food and play with Lorenzo if I have a late meeting. But it has been relentless. And a lot of it has felt like a heavy chore.

But last Sunday I went off script.

It had been a tiring weekend. We dropped off my brother, sister-in-law and niece at the airport, which was a little emotional, and then headed to a birthday party on the beach. Lorenzo ran in and out of the water, sang happy birthday, ate some cake, played with some balloons and with some friends. I was expecting to drive home at 6.30pm so that he would fall asleep in the car and I would make sure he had an early night.

But around 5pm he told me he was tired and he wanted to go home. So we did. I was worried he would fall asleep in the car, so I started playing music and joking. He joked back, closing his eyes and saying: “I am sleeping, I am sleeping.” And then opening them up and telling me it was a scherzo, a joke.

It was a beautiful end-of-summer afternoon — hot but not for long, the days are getting shorter already. And so I asked Lorenzo whether he fancied eating a gelato. His eyes lit up. He has eaten ice cream before, but I have never just offered it to him like this. Even though I have read that research has not found significant links between sugar intake and hyperactivity — I know, I know, it is hard to believe — I still don’t think it is healthy to feed a child sugar, and so I try to avoid initiating temptations.

We went to a bakery that also sells ice cream and he got his favourite: pink and yellow (strawberry and lemon). The ice cream was so big I would have normally started thinking about the damage it would create, and how late it was to eat ice cream, after having had cake at a party. But a part of me simply relaxed, and I took it as a special moment.

And we bonded. It was a sweet hour of sharing pleasures and not keeping up a routine in a period when I have felt the burden of running a well-oiled machine to make sure that nothing would surprise me. When you are by yourself it is harder to make up for nights of not sleeping or for a change in routine.

The joy of spontaneity

And of course young children need routine and thrive with it. Routines are associated with all sorts of benefits, including more self-regulation and social-emotional development, fewer behavioural problems and higher IQ. The same goes for bedtime routines. (If you are interested, Dr. Cara Goodwin is very good at explaining the data in her newsletter here.)

But routines can be hard to stick to, and they can turn joyless if life becomes scripted and there is no space left for spontaneity.

There is nothing that expresses better the importance of spontaneity vs. overthinking than this video of twin toddlers sharing a look of complicity and grabbing candy — despite their parents’ instructions to not do so.

(By the way, the video is a spin on the infamous marshmallow test about instant vs. delayed gratification, which is a very controversial issue, but that’s for another newsletter!)

So, yes to unexpected candy or ice cream, even if a part of our brains, or our parents, tell us to hold off, or that it is for later. This week my intention is to try and make routines less miserable and spice them up a little bit for everybody’s enjoyment.

I’d love to hear from you: do you find routines easy to stick to? Do you and your children enjoy them? How often do you go off script? As usual, you can leave a comment below this piece on the website, if you become a paying member.

China announced its “three-child policy” last year to counter an aging population. At the same time, it has cracked down on sex education and contraception. The move has meant that abortion is often the only option for Chinese girls and women — but in public discourse those who decide to have an abortion are stigmatised as unconcerned or careless, reports Qiliu Zhao for Mandarin-language The Initium, available in the English-language translation on Worldcrunch.

It is always a pleasure to listen to a podcast with Alison Gopnik, the developmental psychologist and philosopher whose work I really admire (and whom I have interviewed in the past). In this BBVA podcast, Gopnik looks back at her concept of “life history”, the idea that natural selection led every organism to develop its specific life cycle. This theory is important to be able to think of children as beings of their own, and not as underdeveloped adults, which is a common but mistaken view, she says. If being cared for in our first years of life while we are helpless did not have a purpose, wouldn’t we be born more developed, like our primate relatives? These are complex concepts that Gopnik has the gift to break down and make incredibly digestible.

The Tower is an animated film about Wardi, an 11-year-old Palestinian girl, who lives with her family in Lebanon as a refugee. She is very close to her great-grandfather Sidi, who one day hands her the precious key that he keeps around his neck. Wardi understands that Sidi may be about to die and goes around asking the three generations of the family about their history, and Palestine’s history. Wardi’s naive approach leaves space for many revelations and some harsh stories too. Directed by Norway’s Mats Grorud, the film is a good watch for adults and can be appropriate for older children too.

This video showing two young children sheepishly ignoring their parents’ request not to eat candy, which I shared above, is the best thing I have seen on social networks recently, and it is worth playing over and over again. Thanks to Anca, a member of The First 1,000 Days community, for sharing!