The invisible load holds women back 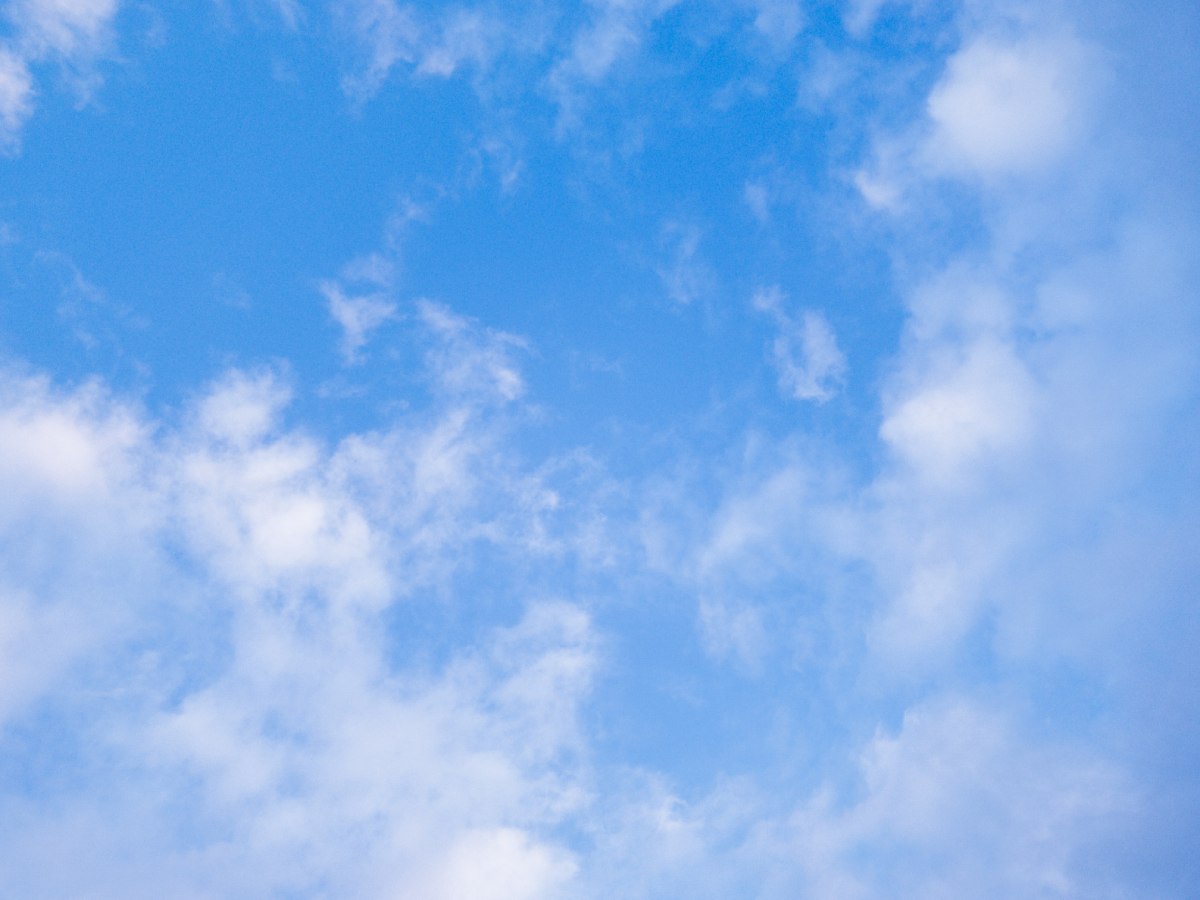 This morning, as I was driving back from dropping my son off for a few hours with his babysitter, I blasted music on the car stereo and sang along with Rino Gaetano, an Italian singer-songwriter who died before I was born.

“Ma il cielo è sempre più blu” (But the sky is always bluer), I sang along with lyrics that talk about life difficulties and how the blue sky is a reminder that things will eventually work out.

It may have been my subconscious that decided to boost my mood on a day that otherwise felt like a struggle.

I am solo parenting for four weeks as Nacho, my partner, is away for work, and this morning I was more tired than usual when Lorenzo sprang up at 7am. The babysitter asked for a last-minute change of plan that I had to coordinate with work meetings, and adulting felt like an excessive set of demands.

If you’ve been reading me for a while, you may remember that I had not been capable of driving since my first pregnancy some four years ago because of the anxiety it induced. Actually, just a few weeks ago, I felt that I may never be able to be behind the wheel or write this newsletter’s first sentence. Inside my head, I would have to constantly fight the urge to say: I am never going to be able to drive again — the type of sentence that I try to question when my three-year-old son, Lorenzo, says it. (These days he keeps repeating, “I am never going to see my dad ever again”, which is a dramatic way of processing his father’s unusually long absence.)

I thought I was never going to be able to drive again because my mind just couldn’t envision overcoming the obstacle. It was stuck in a child-like everlasting present. Not only that — not being able to drive was revealing gendered differences in my relationship that I could no longer pretend not to see.

Driving up that hill

But in spite of that, I am driving again. The first couple of times I sweated so much I needed the AC on at full power to keep my head cool, asking my husband to hand over water every couple of minutes — my throat felt like something was sitting on it and making it dry out.

My stress was so palpable that it was not funny. The first time I finally drove a long stretch on the motorway, I cried out of joy and release. I could drive. I had told myself I couldn’t, but I had overcome it.

I probably would have not got here without a deadline. I knew I had to get my act together before Nacho left, and so I tried.

Living in the outskirts of Athens, with little public transport or possibility to bike around, I need a car for many daily activities — from school drop-off, to seeing friends and or going to fetch anything food-wise that the supermarket may not deliver.

My worst nightmare was driving up the hill that gets me home. It comes off a very busy road that most drivers use as a highway, even though the speed limit is 60km/hour. It goes up steeply and it is quite narrow, and it has a 90 degree uphill angle I need to do a left-turn on.

My therapist tells me that hills represent progress, and that this hill was a symbol of my fear of advancing in life. I talked so much about why I couldn’t drive that talking really didn’t help. Neither did video tutorials or tips — which some of you readers sent over and were actually pretty great. Wes and Georgia, members of The First 1,000 Days community, suggested I plan my drive and choose a route and repeat it. Valentina said she tricked herself into learning how to drive because she hopes to be able to one day buy a camper van.

No matter what tips I heard, I felt I could not get back in the driver’s seat (literally, and I suppose figuratively too).

But I also knew deep inside that I just had to do it. If you have a fear, then it’s best to face it head-on rather than keep away running from it, right?

And so I did. And I drove, and drove, and drove some more. And I made mistakes and cried, but eventually I stopped sweating and my heart stopped accelerating. And now I can sing along to a chosen song as I drive.

I am writing this because Nacho’s trip has shown me how dependent I have become on him. And many of those ways are quite gendered too. I relied on him to drive the car, to fix things around the house, to take care of the veg garden, to spend time with Lorenzo whenever childcare failed.

Sure, for the past couple of years I had been the main breadwinner, so my time was more occupied by meetings and writing and professional things. But what about daily life?

If I look at my parents, my dad cannot cook anything for himself. If my mother is away, which does not happen often, he eats out. My mum can’t prepare coffee — that’s the only task my dad can fulfill in the kitchen. My mom doesn’t drive, my dad doesn’t know how to use the washing machine. So, was I just making every psychoanalyst’s job look easy by reproducing my parents’ pattern?

I had a few frank conversations with Nacho about responsibilities at home, especially around things that I did without him realising — the infamous invisible load, which he discusses in his latest newsletter.

The perfect example is him asking how can I help for dinner, instead of thinking up a menu and making a grocery list. The first turns him into an executor, the other into a co-responsible partner — and that’s what I need, not someone that expects me to organise it all behind the scenes.

And just as I felt that he was making an effort to understand what he was failing to see and did some more heavy lifting, I also needed to tackle what I was failing to see. In my case, not driving meant making myself rely on him for many things, turning our relationship into one of dependence, which I did not want.

It also made me feel more grown-up, as Canadian writer Margaret Atwood wrote in a piece in The New Yorker about her personal struggle to learn how to drive.

So: let me take this space to celebrate this big victory of mine. A victory for myself, for my family, and for my children. Yes, I am seven months pregnant, so there is a new baby on the way! But I will tell you more about that in the coming weeks.

Before I go, I’d love to ask you about your own small-big victories. Have any of you gone back to driving recently? Or managed to start cooking, or doing something they previously thought was impossible? I’d love to hear from you. You can write a comment below this article if you’re a paying member.

This is great reportage by US-based digital media ProPublica about how COVID-19 makes the risk of stillbirths much higher and how vaccines could have helped. The risk of a stillbirth nearly doubled for those who had COVID-19 during pregnancy compared with those who didn’t. And during the spread of the delta variant, that risk was four times higher. Yet the administration of COVID-19 vaccine remained limited and shrouded in doubt and disinformation, especially at the beginning of the pandemic — showing how limited and controversial scientific research is when it comes to protecting pregnant people.

Picchu is a lovely short animated film by Ecuador’s Amaru Zeas. Set in the Andean landscape, it shows Mayu’s long daily walk to school through forests and over riggety bridges — a reality for thousands of indigenous children across Ecuador and the other Andean countries. I really appreciated the simple storyline and the use of indigenous words and concepts throughout, including the idea of minga, a word that comes from Quechua that indicates work done for the community.

I loved seeing three women parading at Notting Hill Carnival in London while pumping. Singer Alexandra Burke joined The Utopia Band wearing breast pumps under their costumes to tackle taboos about breastfeeding and pumping in public. “For me this was a huge deal to be a plus size women of colour pumping at Notting Hill Carnival; 10 months after having a baby during Black Breastfeeding Week. This is not something you see everyday let alone within the black community. I am all for beating taboos so let’s break the taboo cycle and normalise this,” wrote Nicole Moses.

My pieces on violent disciplining (and why it’s wrong) and gentle parenting and taking parenting approaches as a religion led to an interesting conversation about how to strike the right balance when it comes to limits. Jodi generously shared a frustrating day he faced with his own kid: “I find it hard to set boundaries for my kid. Last Thursday was one of those days that got me all ruffled up. I had made a plan for the day, in the end didn’t even make the first thing on the list of because he got other ideas as the day unfolded…” Joram said he had also experienced similar challenges: “What we do is simply engage in a ‘wrestling match’ to get the clothes on. This doesn’t work always, some days we simply have to cancel our plans.” I’d love to hear your own experiences, so feel free to chime in any time.

Photo by x on Unsplash, blue sky with clouds.

8 thoughts on “The invisible load holds women back”