Why you shouldn’t spank a child 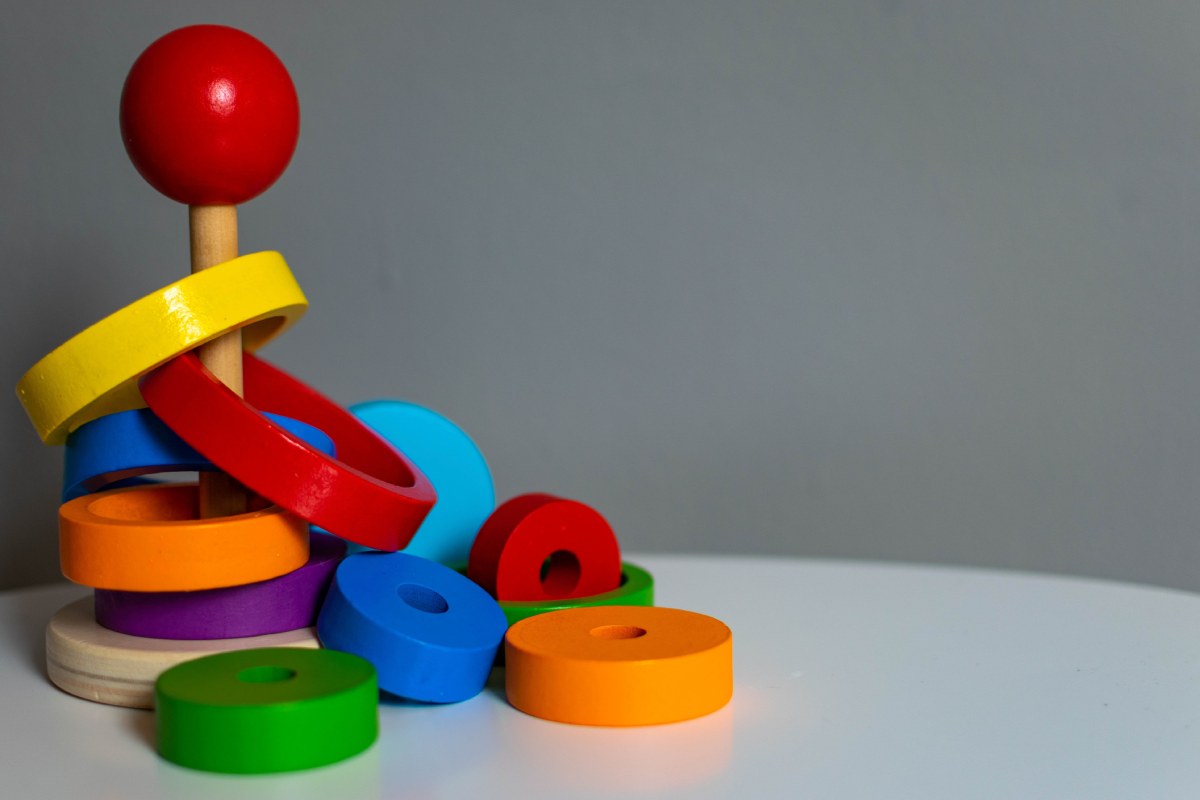 A disturbing investigation by Brazil’s Agência Pública and online platform openDemocracy has uncovered that Brazil’s religious homeschooling groups, supported by ultraconservative U.S. associations, are giving parents instructions on how to spank their children while dodging the law.

There are several ways to think about this report. One is to contextualise it — blaming Brazil’s pro-Bolsonaro elites pushing to legalise homeschooling as fools who want to control their children’s lives in the name of the Bible. To be fair, it appears that there is a relatively small, but active homeschooling lobby worldwide of conservative Christians who want to bring back the use of the rod, interpreting it as something that Jesus himself used. They’re also taking an Old Testament proverb very literally: “Whoever spares the rod hates their children, but the one who loves their children is careful to discipline them.”

An Evangelical homeschooling promoter who has opposed corporal punishment in a YouTube video argued that the Bible had been misinterpreted. “If a religious leader says you can smack a child, then people will believe that biblical discipline is about hitting your children,” she told the reporters who carried out the investigation. But many Christians “listen to any outdated thing,” she added.

But there is another way to look at this shocking report, which I find more interesting. Spanking and other forms of corporal punishment are still widespread, even if they are increasingly viewed as violations of children’s human rights, have been banned in 63 countries around the world, and scientific evidence shows that corporal punishment creates trauma and is counterproductive when it comes to disciplining children.

What science says about spanking

Let me come clean. I was often spanked as a child. It was the way things were done back then, and it stopped when I outgrew my mother — which was thankfully early enough in life, at the age of 10 or 11. My dad also spanked me, but on very few, awfully memorable occasions. We talk about it quite openly now, and my parents are on the fence about it. They insist they were not violent, but that it was necessary because my brother and I were misbehaving.

Now, as a mother myself, I am absolutely clear that I will never hit my son, but I am also aware of when an instinct surges in me of wanting to impose myself physically on him. It happens when I perceive him as out of control, sprinting away from me, running wildly towards something that I consider dangerous, and when I feel he is not listening.

Thankfully, I have looked at a lot of the evidence of just what raising my hands would do on those occasions.

For some 50 years now, researchers have found no evidence that spanking is associated with improved child behaviour or that it has any long-term positive effects. On the contrary, they have found negative impacts on children’s social-emotional development, self-regulation and cognitive development.

U.S. developmental psychologist Elizabeth Gershoff, who has been studying corporal punishment for over two decades and is one of the co-authors of an interesting meta analysis of previous work on the topic, says there is little to debate when it comes to whether there are possible positive effects: “Let’s be realistic, most people who were spanked were spanked as children. And as everyone likes to tell me, they turned out okay. And me included. I think I turned out okay despite being spanked. The question is: Did other things counterbalance the spanking?” she said in an interview. “We know now that children need to be in car seats and seat belts. But those of us who grew up in the 1970s were in cars that didn’t even have seat belts. Do I think my parents were bad parents for not putting me in a seat belt? No, because no one understood how important seat belts were to protecting children. Do I think I ‘turned out okay’ because I wasn’t in a seat belt? No — I think I was lucky. It’s the same with spanking. We turned out okay in spite of being spanked, not because of it.”

Research published last year by Jorge Cuartas, a Ph.D. candidate at the Harvard Graduate School of Education, together with Katie McLaughlin, professor at the Department of Psychology at Harvard University and others, showed that spanked children exhibited greater brain response, suggesting that spanking can alter children’s brain function in similar ways to severe forms of maltreatment.

Why sparing the rod really is loving the child

But this information has not yet reached enough parents because spanking is still incredibly common.

A 2015 Pew Research survey found that one in six parents in the United States say they spank their children at least some of the time as a way to discipline them. In Italy, Save the Children found that one in four parents used spanking as a way to discipline. In Colombia, nearly half of parents approve of corporal punishment. In many cultures, there are jokes around la chancla (the flip flop) that mothers from a Latinx context threaten children with, or a broomstick in “African parenting”, as my colleague OluTimehin Kukoyi wrote about.

When experts are asked why parents spank their children, they often talk about the stress and impotence that parents may feel when it comes to their child and the feeling that spanking works because the child reacts immediately. They also mention that the parents were probably spanked themselves as children and they live in cultures where spanking is culturally accepted.

And there are more, deeper reasons. For example, in the U.S., Black parents are more than twice as likely as white and Latinx parents to use corporal punishment on a regular basis, and they are far less likely to never spank their children.

In an Emmy-winning show I watched a couple of years ago, Black Women Own The Conversation: Motherhood, which featured 100 women who came together to talk about how we raise our children, I remember listening to one Black mother saying she would rather hit her child herself for discipline than wait for the police to do worse. But, as child advocate and author Dr Stacey Patton writes, hitting children is not an “intrinsic cultural tradition” and traces spanking back to the violence that slaves were subjected to on the plantations.

Cuartas, the Colombian researcher behind the study at Harvard, has been working to turn his research into action in Colombia. He contributed to the conversation that led to the outright banning of corporal punishment last year in Colombia. He says that it is of utmost importance to offer parents tools to change their reactions with children.

In addition to his academic study, Cuartas is continuing to work with the Colombian government agency ICBF to scale interventions for families across the country, and he is co-directing the nonprofit Apapacho, which provides families in Bogotá with workshops and resources aimed at fostering positive parental practices.

I have also discovered an interesting 8-week intervention with parents who were using violent discipline in Nigeria, which had positive effects when compared against a control group.

I will come back to this issue and look at more interventions that have successfully managed to reduce parents’ violent behaviour towards their children. In the meantime, I would love to hear from you. Is corporal punishment OK around you culturally? Were you spanked as a child? As usual, leave a comment below this story.

This is a great read in The New Yorker magazineabout children’s literature that centres around LGBTQ+ relationships and why such books are being challenged so much in the United States. The article refers to several great books, including Jessica Love’s Julián is a Mermaid, which I have recommended before, and talks to several authors about the plots they chose. An example: while his grandmother is having a bath, Julián uses the house curtains as a gown and transforms the houseplants into a headdress. Love tells Jessica Winter, the article’s author, that when she reads the book aloud to children, she pauses just as Julián’s grandmother is coming out of the bathroom and asks the kids if they think Julián is going to be in trouble. While the little ones say that he may be in trouble because he made a mess or hurt the plant, “it’s not even on the kids’ radar that the way he chose to dress up might be a problem,” Love said. Several authors agree that same-sex couples or trans rights are not problematic at all for young kids, unless they have been turned into issues because of political opposition.

U.S. Latina comedy stars Joanna Hausmann and Jenny Lorenzo crack me up on a regular basis with Hyphenated, their podcast on what it means to be bicultural. This episode on marriage, parenthood and feminism made me laugh out of recognition — but also made me angry. They talk about the expectations that a married woman must have children and will most likely take on the husband’s surname. “I am terrified of becoming a mother because of what people will expect of me,” says Hausmann. “I wish I decided what womanhood meant to me, and that has rarely been the case.” My only complaint: the two of them talk of fathers “helping” their partners, and if you’ve been reading me for a while, you know how much I hate the idea of talking about “help”.

All These Creatures is a beautiful and touching short film by Australian director Charles Williams. Tempest, an adolescent boy, tells the story of how his father Mal starts behaving in an erratic and frightening manner, just as their backyard gets infested by cicadas. The film won numerous awards, including the prestigious Short Film Palme d’Or at Cannes in 2018, and rightly so. It handles difficult topics, such as mental health, domestic violence and the trauma of fear and abuse, in a delicate, dream-like manner, with stunning photography.

Allyson Felix, the most decorated U.S. track and field athlete in history with 11 Olympic medals, has turned into a source of inspiration for her outspokenness around maternity rights and maternal health for Black women. In 2018, she spoke up against Nike, which was her sponsor at the time, because they refused to pay her while she was on maternity leave. In June, she launched an initiative to provide free child care to athletes, coaches and staff at the U.S. Track and Field championships.

Thanks to all members who helped me collect a fantastic 290 euros for Manal in Lesbos. I added some more to send her way, and I am talking to one of the members of this newsletter, who is an expert in migration, to give Manal some guidance regarding where she can actually go within Europe with her Greek refugee status.

2 thoughts on “Why you shouldn’t spank a child”