Why the books we read matter 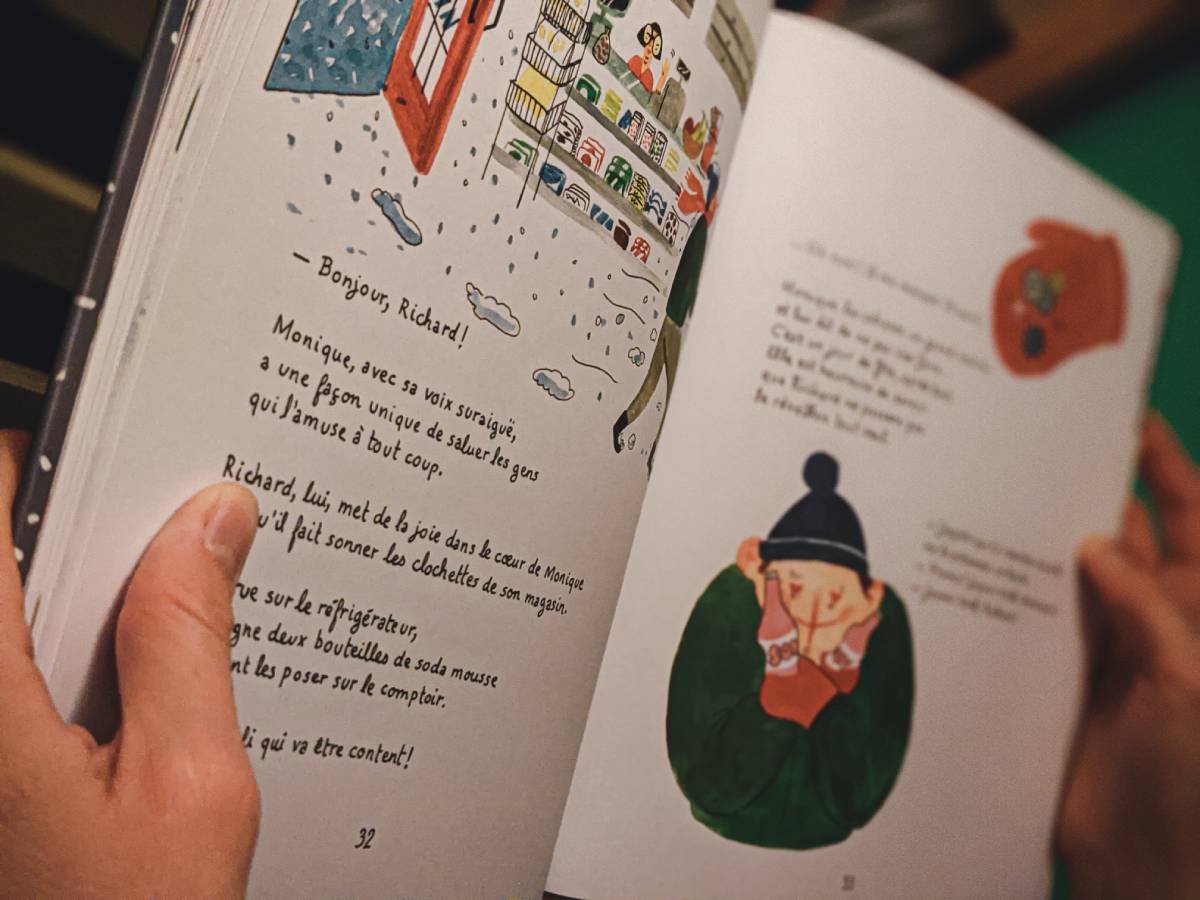 A reminder: this coming Monday, 13 June, I am moderating a panel on the mental health of children and carers. I think a lot of readers here will be very interested in the event. It will feature child trauma psychologist Chandra Ghosh Ippen, as well as journalists Tanmoy Goswami of Sanity by Tanmoy and Anya Kamenetz of NPR. Attendance is free, and you can sign up here. (And if the timing is not convenient for you, sign up anyway — you will receive a recording of the panel after it’s done!)

Some examples of books that children look at from a very early age in Europe or the West generally: a father who prepares dinner as a special surprise for the mother and likes to “help out” at home when he feels generous. A girl who helps clean the house during her fun day at home with her mother. A young monkey that doesn’t want to go to kindergarten and who resembles a black boy. Black as the colour of scary birds or monsters. Frail old people with sticks who are helped by generous youngsters. A child in a wheelchair who can only get through life thanks to their generous friends.

Some of these are partly what Lorenzo, my son, gets exposed to in school, at friends’ houses, and even in our own library. How much do they leave a permanent imprint on us as we grow up?

How books shape our worldview

Dr Krista Aronson, a psychology professor and director of Diverse BookFinder, a collection of children’s picture books featuring Black and Indigenous people and people of colour, says that books are particularly important in shaping how we view the world and ourselves too. Already at the age of three months, “infants look longer at same-race faces than other-race faces if they are from communities where their race is the majority,” she told me over an email interview.

In this sense, exposure to a diversity of books “can be used to reduce prejudice and increase interest in cross-group interactions,” as she found out in her research.

But the industry data is quite shocking. Data collected by the Cooperative Children’s Book Center in the US shows that in 2019, 83.2% of children’s books published in the country were written by white people, with only 5.7% authored by Black writers and 6.1% by Latinx writers. When it comes to the main characters featured in the books, the diversity is also very low: 11.9% are Black, 8.7% are Asian, 9.2% have Brown skin, 41.8% are white, and 29.2% are animals or others. Other indexes also show a lack of diversity among industry staff, with 81% of people in publishing identifying as straight and 89% as able-bodied.

“End[ing] racism starts on the bookshelf,” Nadine Kaadan told me for a piece I wrote for What Lies Beneath, a magazine by The Rights Studio, whose latest edition about movement is out this month. Kaadan is a Syrian book author who was named on the BBC 100 Women in 2020 for her influential work, and a member of The First 1,000 Days community. You may remember her name because I previously recommended her book Tomorrow about the war in Syria.

How to diversify your bookshelf

Kadaan’s advocacy work inspired me to write some tips for carers, educators and anyone else with children in their lives to diversify your bookshelf.

Here is a simplified list, but check out the full article for more.

And a bonus addition: the gorgeous illustrations in the article are by Ruth Banda Chitiya, a Zambian-born, British author and illustrator who writes under the name Lutay B C, and who is also a member of The First 1,000 Days community.

You will see from the article that I reference some diverse books that I love reading with Lorenzo. One of them is Kaadan’s Tomorrow, but there also included are The Magic Doll, by Adrienne Yabouza and Élodie Nouhen, translated from the French by Paul Kelly; Julián is a Mermaid by Jessica Love; Anita and the Dragons by Hannah Carmona and Anna Cunha; and The Day Saida Arrived by Susana Gómez Redondo and Sonja Wimmer, translated from the Spanish by Lawrence Schimel.

Now over to you: how are you trying to diversify what you and your children read? I would love your tips and ideas! Feel free to become a member to share in the comment section below this article — and participate in the conversation with other like-minded people around the world.

Diversity in this newsletter

As a writer, I am often conscious of my own bias. As I stated in my own principles behind this newsletter, I am aware that “my words and ideas come from my privilege as an able-bodied cishet middle-class European woman.” As I explained then, I try to address this by engaging with a diversity of identities as much as possible. Right now, I am keeping a record of the people I interview, the issues I cover and the recommendations I make to get a sense of how diverse the sources of these newsletters are. It is actually Shaun Lavelle, who has taken up the official role as the editor of this newsletter, who is doing the hard work for me. So expect a report on diversity at the end of the year!

This story in Solutions Now, Africa’s first solution journalism newsroom, talks about Uganda’s first human milk bank and how it is providing the best possible nutritional support for premature babies. Launched to help with the high mortality rates of preterm babies, the milk bank opened in November 2021 in Kampala. About 226,000 babies are born in Uganda prematurely out of around 1.4 million births, and death rates among premature babies is as high as 31%. So far the milk bank can only support very few babies, but it is a model that the doctors who launched it are hoping to reproduce elsewhere in the country.

I cried when I listened to U.S. writer Amy Silverman’s account of her child’s high school graduation performance. Silverman has been chronicling her daughter Sophie’s experiences in public school since her first day of kindergarten, in August 2008. Sophie has Down syndrome and “the world is not ready for her,” says Silverman. But Sophie is full of courage, as she embraces her last day of high school performing her very first choir solo. Well worth a listen.

A Little Movie About Love is a cute, poetic co-production between U.S. father Ari Kuschnir and his five-year-old daughter Luna. With animations and video, the duo discuss what Luna thinks about love and how it “can be a little scary”. It involves a dark tunnel with a monster, who is actually the angry kid, and a pink T-rex that eventually helps the angry kid get out of the tunnel.

You probably know the picture, the most defining one of the Vietnam War: a naked girl is running away in pain after a deadly napalm attack on her town, her expression of anguish surrounded by other stunned children. The girl in that picture became known eventually as “napalm girl”. Associated Press photographer Nick Ut assisted the children after taking the picture. This week marks 50 years since the picture was taken. Kim Phuc Phan Thi, who was 9 years old at the time, now lives in Canada and works with the Kim Foundation International, which provides aid to child victims of war around the world. While the scars are still visible on her body, and she still lives with the pain, she has finally managed to shake the shame and weight of that picture from her, she writes in an op-ed for The New York Times. And she shares important insights on how we should think of children during traumatic world events: “photographs, by definition, capture a moment in time. But the surviving people in these photographs, especially the children, must somehow go on. We are not symbols. We are human. We must find work, people to love, communities to embrace, places to learn and to be nurtured.”

Thanks to Lynn for sharing the piece I wrote last week on the formula shortage in the U.S. “Another simply seeringly insightful piece by ⁦@irenecaselli. I cannot help but link the formula crisis with the abortion debate in this country. Hypocrisy, writ large,” she tweeted. And thanks to everyone else who sent appreciation messages — Alba, Valentina, Electra, OluTimehin. Feedback is always a huge gift to any writer, so it is always welcome!

The First 1,000 Days is edited by community member and friend, Shaun Lavelle.