The importance of learning how to be lazy 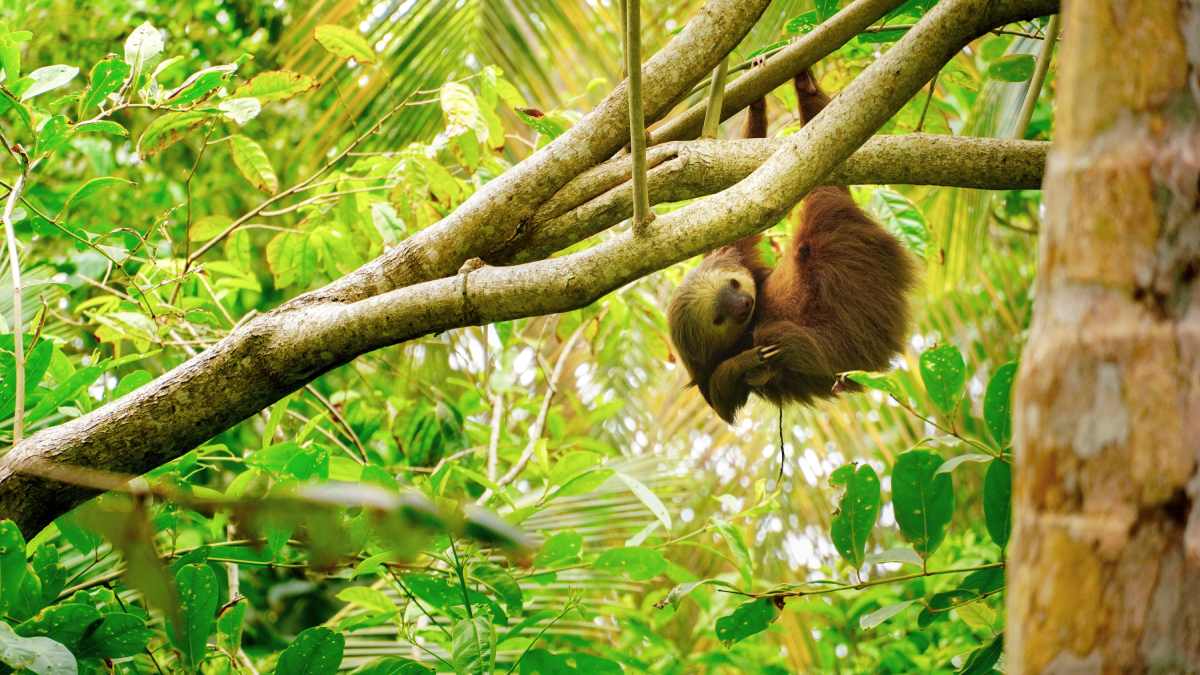 When we returned recently from our time with friends in Thailand, I was excited to take advantage of the time difference and jet lag to start my days at 6 a.m., as I had done for many months last year. Think of the possibilities! Writing morning pages! Yoga! Jogging! Starting the day extra efficiently before Lorenzo was even out of bed.

But I was so tired from our long journey back that the first morning I could not get out of bed before 7 a.m.—even with jet lag. Day after day, I have been unable to get up before 8 a.m., losing what I consider to be “valuable time” to get ahead of the game.

But what game? Hustle culture: preparing breakfast, working my six current positions, having dinner ready when Lorenzo comes home, in between doing an online abs workout. But despite remembering the feeling of well-being I have after each morning run and yoga session, I simply can’t get out of bed. I cherish my lazy mornings more than ever, especially on these rare days that my son Lorenzo wakes up a little later than usual.

Why Naps Can (Literally) Be Revolutionary

Sleep is fundamental in our lives, as I’ve written about before, and I promised myself I’d get more of it this year. So why do I find myself worried about not being able to get up at 6 a.m.?

In a wonderful essay in The New York Times, Elliot Kukla, a U.S. rabbi who lives with lupus, an autoimmune disease that causes chronic fatigue, talks about teaching our kids about the importance of rest—and laziness. “Laziness is more than the absence or avoidance of work; it’s also the enjoyment of lazing in the sun, or in another’s arms,” he writes. “Rest should not be a luxury; our time belongs to us and is not inherently a commodity. Reclaiming our time is an act of sovereignty over our lives, deserved by everyone.”

Kukla refers to the words of Black activist Tricia Hersey, who founded the Nap Ministry in 2016 with the belief that naps have a revolutionary power: “We believe rest is a form of resistance and name sleep deprivation as a racial and social justice issue,” reads the manifesto of the Nap Ministry.

The Politics Of Sleep

Scientific literature reports widely on the association between the quality and quantity of sleep and socioeconomic factors. Studies from Japan and the United States show that groups with lower socioeconomic status report less sleep duration and/or lower sleep quality. People living with a disability also sleep less and worse.

Women who take care of children or the elderly have fewer hours of uninterrupted sleep. (And it looks like the effects of sleep deprivation are felt more among women than men.) What’s worse, it’s possible that sleep deprivation starts early in life and can affect the behaviour and achievements of children as young as four years old, as shown in this study of Black children in the United States.

Rest is an invaluable, privileged activity. The mere fact that I can wonder whether it’s best to wake up at 6 a.m. or sleep until 8 a.m. means that I have a choice. It means that my sleep is good enough for me to consider waking up before my son, and that my work schedule allows a lot of flexibility.

So, why am I so worried about not setting an alarm clock and letting my body decide when I wake up? Am I worried that I am being lazy?

The Art of Doing Nothing

When I moved to Buenos Aires in 2014, I felt right at home. I had left Italy 15 years earlier and had already lived in half a dozen countries across the Americas and Europe. But the Argentine capital city was different. Latin Americans often joke that people from Buenos Aires sound like Italians who have learnt how to speak Spanish but have not shed the accent. Sometimes, when I was distracted on the train, I would forget I was 11,000 km away from Naples, my home town.

Take the expression “hacer fiaca”. My partner Nacho taught me quite early on in our relationship that it means hanging around in bed doing nothing, just lazying about, without reading, checking your phone, having sex, or even making conversation. Fiaca comes from the Italian fiacca, which can be translated as lethargy, weariness, even exhaustion. It is a word I had never experienced in my own language growing up (I was an overachiever and stopped sleeping to get more done).

In Italian, fiacca has a negative connotation, going back to the Latin flaccus, which means flabby, flaccid, or hanging down. (And no, it doesn’t connect to other bed activities!) In Buenos Aires, suddenly, my native language was turned on its head. Instead of being a slacker or thinking of rest as a negative thing, I discovered that hacer fiaca was a difficult art I had to master. Could I simply lie down in bed, looking at the ceiling without doing anything? It wasn’t even a meditation; it was simply existing in the moment, without feeling the need to be productive.

I’ve started thinking again about the importance of hacer fiaca, and how I never mastered it. Lorenzo has a sort of on-off button. When he’s asleep, it’s hard to wake him up. As soon as he wakes up, he springs into action, ready for a new adventure. Nacho has tried to teach him to hacer fiaca, but it is nearly impossible to keep him lying there. I have even bought him a yoga book for toddlers and sometimes we try the “sloth pose” (Shavasana, i.e. the relaxation pose), but that doesn’t work, either.

This brings me back to my wake-up schedule this week. Is it better for Lorenzo to know me as an over-achieving 6 a.m. power mum? Or as a rested, slower mum who can lie in bed in the morning staring at the ceiling? Can those two versions of me co-exist and teach him different things?

In his essay, Kukla, the U.S. rabbi, explains that he has no choice but to sleep many hours because of his disability, and that his son has learnt to sleep along with him, almost as a game. It is similar to what Lorraine Lysen, who also lives with a disability, writes in this essay in Sanity by Tanmoy.

“Whereas able-bodied people are yoked by the daily grind of working to survive, I have been deemed—at least for now, at least by some—to be ‘disabled enough’ not to have to participate in this system. And while it sucks to live with the symptoms I experience, I have something that most able-bodied people do not: I am free from time,” she writes, and explains how she takes advantage of her time to experiment with crafts.

So, I ask myself, can we turn the word “lazy” on its head, just like the Argentines? Can we embrace its revolutionary potential? Can we teach children to value time and not achievements?

I’d love to hear what you think about rest and laziness. Please leave a comment under this story.

This beautiful essay in The New Yorker by Indian-American author Akhil Sharma explores the idea of becoming a parent later in life thanks to the help of IVF. Although it talks of a very singular experience, it also addresses universal themes of parenthood: the clash during pregnancy of the fear of loss and the sense of anticipation, the interconnectedness of our lives as children growing up and how we imagine ourselves as parents, and the sense of wonder at a child’s birth. Thanks to Nabeelah, a member of The First 1,000 Days community, for sharing.

I watched All Hands on Deck (À l’abordage), a French comedy about three young men who end up on holidays together. There is a troubled summer fling, a complicated relationship between a new mother and a guy who looks after her child, and an exploration of race that is neither handled directly nor ignored. The film is a good choice to practise French and feel melancholic about summer gatherings.

I am enjoying the work of Andrea Murcia, a photographer based in Mexico City, whose work focuses on human rights. One picture of hers shows a girl playing with a kite in the Zócalo of Mexico City against a wall that says femicide, and has the names of the thousands of women that were victims of violence in Mexico. It is phenomenal because it catches the heavy nature of violence and contrasts it with the happiness of childhood, showing just how fragile childhood can be if children are not protected against violence and sexism.

Talking about sleep, Daniel, a member of The First 1,000 Days, wrote to say that for years he got up around 3 or 4 a.m. and mooched about (he knows how to do fiaca!). “I did this after reading a reassuring article in the BBC that explained that in Medieval times this was normal and they knew it as the two sleeps. It cured me of worries about insomnia,” he said. The article in itself is very interesting, and talks of “biphasic sleep”—the habit of getting a few hours of sleep done to edge off exhaustion before getting other things done over a couple of hours in the middle of the night, from sex to socialising when sharing a bed with numerous other fellows (as it was common in Medieval times when travelling, for example).

📣 The First 1,000 Days is edited by community member and friend, Shaun Lavelle, who appreciated the reminder of the importance of napping after sharing the house all day with a construction crew, an energetic toddler, and a rowdy border collie.

2 thoughts on “The importance of learning how to be lazy”