This newsletter turns two — thanks to you! 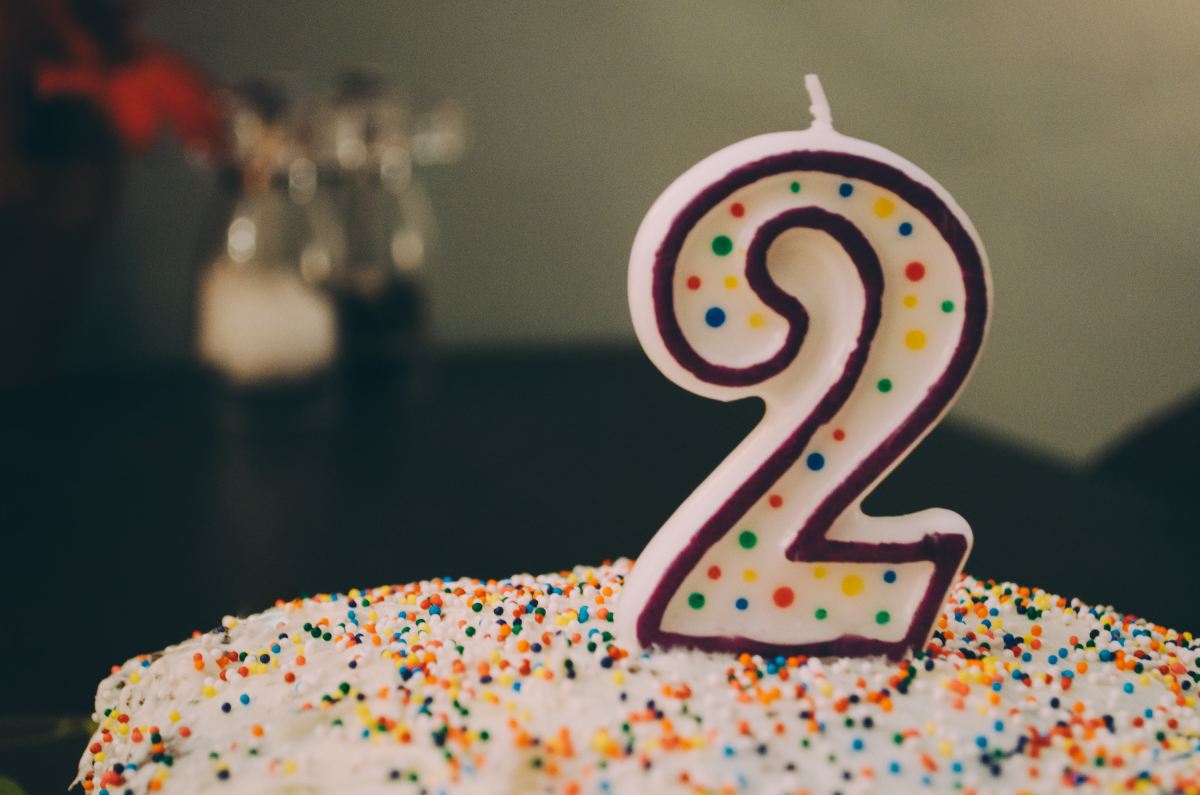 Happy 2023, dear reader, and thanks for your continued support. A special thanks to those who sent a one-off donation via Paypal (you can still do so here) and to those who picked up a membership here. Also an apology: this newsletter was supposed to go out on December 29, but life got in the way.

There were bouts of gastroenteritis to deal with, as well as a newborn and a toddler at home. It was a long Christmas vacation, and I simply did not manage to write anything. I am still trying to find help with León, my newborn, to go back to working full-time. In the meantime, please bear with me. You will receive this newsletter every other week for a little while longer, and I will let you know when I am ready to go back to a weekly schedule.

Over a year ago, I was at a playground for a birthday party organised by parents at the daycare my older son Lorenzo attends. We were relatively new to Greece and took up any occasion to meet new people.

Nacho, my partner, and I took turns between watching Lorenzo at the kids’ play area and socialising. At some point, Nacho enthusiastically reported there was an Italian woman I would probably become friends with. She was not a mother at our daycare, and by the time I made it over to the trampolines, she was gone.

Fast-forward a couple of months. We were at another playground, closer to home. I was playing with Lorenzo when Nacho pointed to a woman and said she was the Italian he had told me about. We went over to say hi. She recognised Nacho from months before and introduced herself as Silvia.

She then looked at me and asked something strange: do you write something, a blog? I thought she referred to a post I had just written on a Facebook group for expat mothers in Athens.

But then she said: aren’t you Irene Caselli?

I am sharing this story because it was extraordinary. I am not used to being recognised in the street, and I just couldn’t get over the fact that a fellow countrywoman, now living ten minutes away from me, and the mother of a son my son’s age, was reading my work.

From in-person meetings and simple interactions online via Zoom or email, I have discovered over and over again that the community of The First 1,000 Days, you readers, are like-minded people that I would probably become friends with or at least have amazing conversations with.

It is thanks to contacts provided by one of you (thanks, Electra!) that I had a great birthing experience in October (more on this soon). And through this newsletter, I even got in touch again with one of my long-lost friends from middle school whom I hadn’t seen since 1994, not even on Facebook (ciao, Satya)!

But however much I love this affinity that goes beyond borders (we have people from some 30+ countries), I still want to expand our circle further and be as inclusive as possible. Too many big media outlets sing the tune of diversity, but the reality behind the scenes is different. At a previous place I worked, I heard stories from the communication team about being asked to photograph the (few) people of colour who worked there and make sure those photos appeared prominently on the website.

As I lay out in my principles, I am an able-bodied cishet middle-class European woman, so I have blindspots and I want to do things differently.

This is why I believe I need to strive more for diversity, in my writing, sources and in building this community. This is why, to mark our two-year anniversary, I want to celebrate with you and also give you a tool to check how I am doing diversity-wise.

I asked Shaun Lavelle, who is a friend and member of the community, but also a talented editor who has been taking care of editing this newsletter, to create an index of diversity in this newsletter and tell you more.

Diversity in journalism became a hot topic around the time of the Black Lives Matter protests in 2020, but it’s questionable much has changed since. Newsrooms remain overwhelming white and diversity programmes were failing before 2020 and will continue to do so because structural change is needed.

Why does this matter? Words make worlds, so it’s important to know who’s telling the story. Knowledge produced in the West is often applied universally, but what works in Berlin will not necessarily translate to Bangkok. And particularly for a topic like the first 1,000 days of life, it’s crucial to hear and do justice to voices from all around the globe. Irene wanted to be curious and have a reciprocal knowledge exchange on how different cultures raise and interact with children.

Structural reform takes time. But luckily, a platform like this newsletter is a new way of doing journalism and we can use new methods. Together with Irene, we’ve been tracking the diversity of who contributes to the newsletter and where we get our information from. This is just the first step — awareness. We are not naive enough to think that one spreadsheet will change how journalism is done.

But it does make us aware of our strengths and failings. For example, the geography of our sources is quite varied. However, we found that in a newsletter on the climate crisis, we relied heavily on voices that were white, male, and based in the U.S. This of course reflects a bias in climate reporting, but it’s also a reminder to us to search harder for different voices on this topic.

You can explore the diversity index here. And if you have any tips on how to improve it or any feedback, we’d love to hear from you!

This past year in numbers

Now back to some celebration! This newsletter turned two on 1 January 2022. And as per tradition, here are some numbers to give you more of an insight into what is happening behind the scenes.

In 2022, this newsletter has earned me close to €6,000 (before tax) thanks to the support of the now 130+ paying members, and to your donations on Paypal too. This gives me money to pay for an editor (thank you, Shaun!), and to dedicate one day a week to the newsletter.

Unfortunately, the newsletter’s readership and membership have stalled compared to 2021, but I am confident that this work is important and that I will be able to share it more widely. I have plans to grow the membership and to involve you readers more (if you are interested) in 2023, but for now I first need to honour my commitment to having a maternity leave and find some help to go back to work full-time.

I will be back in your inboxes soon with a survey, and in two weeks with a story about birthing experiences. In the meantime, if you speak Italian, you can have free access until January 17 to a comic I wrote about obstetric violence for La Revue Dessinée Italia, Italy’s first magazine that does journalism in comics. (I wrote about the story in English here.)

📸 Kelly Sikkema on Unsplash, bithday cake with a two candle.

4 thoughts on “This newsletter turns two — thanks to you!”