Criminalised for a miscarriage 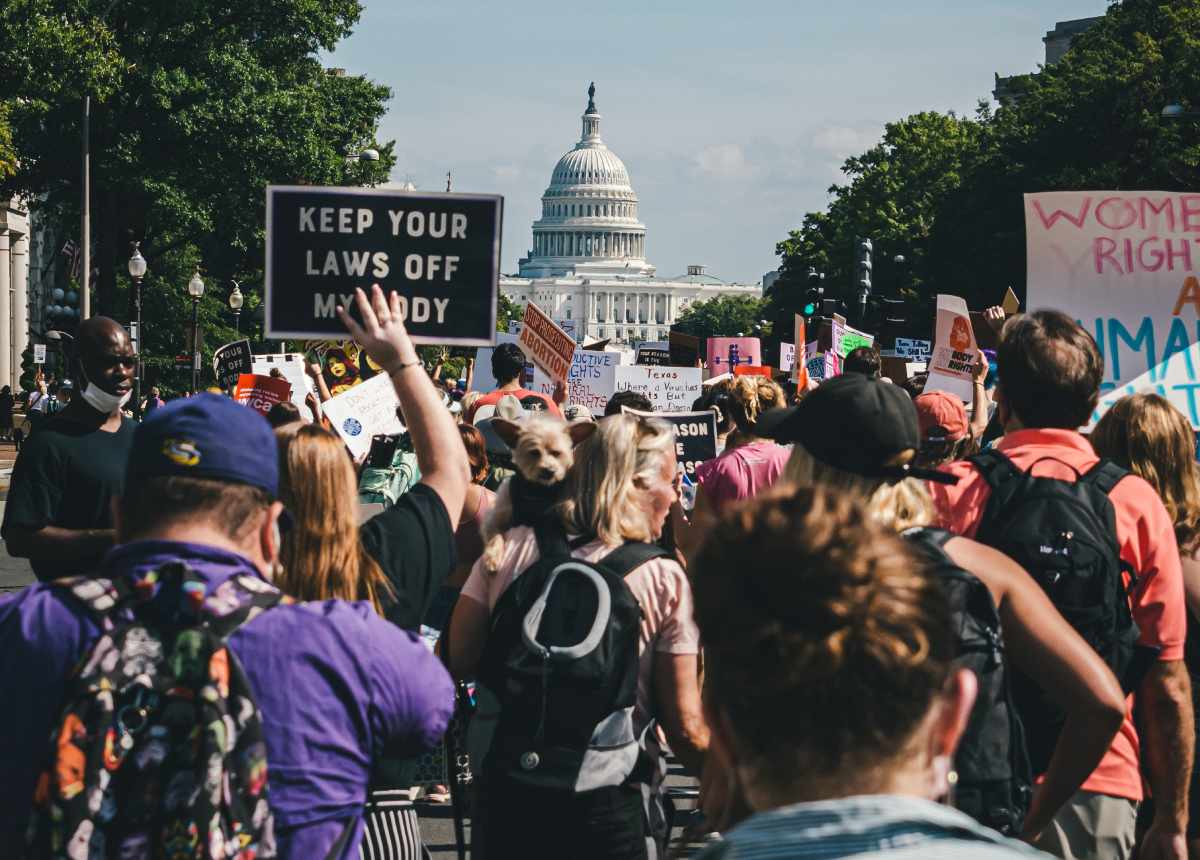 **Warning: this piece handles miscarriage, pregnancy loss and abortion, and goes into some graphic details. If you’d still like to stay informed about the U.S. abortion ban, I recommend this piece in The New Yorker or this one on the dangers of abortion bans for other patients. And see you next week.

I had two miscarriages last year.

The second was a so-called missed, or silent, one. The embryo, my baby, had stopped growing at eight weeks, but my body didn’t register the loss. The pregnancy hormones kept flushing through my body, and nothing seemed wrong. But a scan at 11 weeks found no heartbeat.

The physical toll of a miscarriage

As I shook with sobs after learning the news, I heard the doctor say we should schedule a D&C as soon as possible to make sure I safely expelled the embryo.

I had vaguely heard about D&Cs, which stand for dilatation and curettage. It is one of the possible ways to manage a miscarriage and involves a minor surgery under general anaesthetic.

The doctor said I would have to take two misoprostol pills two hours before going into hospital for the D&C.

I had reported on misoprostol, a drug used to create contractions in the uterus that is often used for safe medical abortions. I had talked to women who had used it in Argentina, when abortion was still illegal. The women using it told me about the horrible cramping feeling and the bleeding.

But despite my thinking and writing about the beginning of life for years, I was unclear about what a miscarriage, or taking a misoprostol pill, might actually involve physically.

That morning we went to drop Lorenzo off earlier than usual at his daycare. We had alerted the director who helped us out and gave me a hug as we set off. As we started driving towards the hospital, contractions started. They were painful, not unlike the ones I had felt when I was going to give birth. But my body was just getting ready to expel a dead embryo, the dead raspberry-sized start to the life I was wishing to welcome to my family. I cried and screamed.

Nacho couldn’t come into the hospital with me because of COVID regulations. Inside, I felt faint, and blood started coming down my legs, staining my blue and white striped dress.

An unkind nurse made me wait. My mind raced with thoughts. Did she think I had decided to abort? Was she judging me? Could she not see my tears? Then I was taken to a surgery room when a doctor administered a general anaesthetic — the first in my life. I was knocked out.

When I woke up, it was over. My face was wet with tears, the drops running all the way into my ears. The doctor said that all had gone well, that I should go home and rest.

This ban is about more than abortion

Why am I telling you about this right now?

People think this ban is simply about an abortion — which is in and of itself very serious, especially considering that most Americans are actually in favour of abortion being legal.

But, as writer Jia Tolentino rightly says in The New Yorker, “the principal danger now lies elsewhere, and arguably reaches further. We have entered an era not of unsafe abortion but of widespread state surveillance and criminalization — of pregnant women, certainly, but also of doctors and pharmacists and clinic staffers and volunteers and friends and family members, of anyone who comes into meaningful contact with a pregnancy that does not end in a healthy birth.”

This ban puts women (and other people with a uterus) at risk very broadly, and puts their reproductive health in jeopardy. One study estimates that pregnancy-related deaths could rise by 21% if a nationwide ban on abortion were to be implemented, with the number going up to 33% among Black women.

I saw this clearly across Latin America. In El Salvador, where there is a total ban on abortion even in the case of rape or incest, women are arrested when they have a miscarriage or other pregnancy complications. Instead of being treated or comforted, they are taken to jail if suspected of having taken misoprostol.

There is no way to tell the difference between someone who induced an abortion with medication and someone who had a natural loss. When those who abort are at risk of being charged with a crime, every pregnancy loss becomes suspect.

In a situation like mine, women may be told to wait to expel the embryo naturally, without the help of drugs or surgery, which may carry the risk of infection. There are also psychological consequences, with literature on U.S. Black women that shows how negative treatment by medical personnel can add to the trauma of loss.

A reminder to be clear what we stand for

U.S. writer Anne Helen Petersen wrote about this in her latest installment for her newsletter Culture Study. Protests are good, but what is really important is to get organised.

I’ve covered pro-choice movements in Latin America these past few years as abortion rights have slowly been put on the agenda and abortion became legal in Argentina, while major court rulings in Colombia and Mexico also decriminalised abortion. I’ve seen first-hand that grassroots organising has been fundamental in putting (and keeping) abortion on the agenda, while making sure that women were not left alone to die.

*I am skipping recommendations this week, but I wanted to thank you for your contribution to Manal’s cause. We are getting close to the target. If you missed last week’s newsletter, you can read about her story and donate here.

Photo credits and alt-text: Gayatri Malhotra on Unsplash, US protests.

2 thoughts on “Criminalised for a miscarriage”