Summer is great for everyone except parents 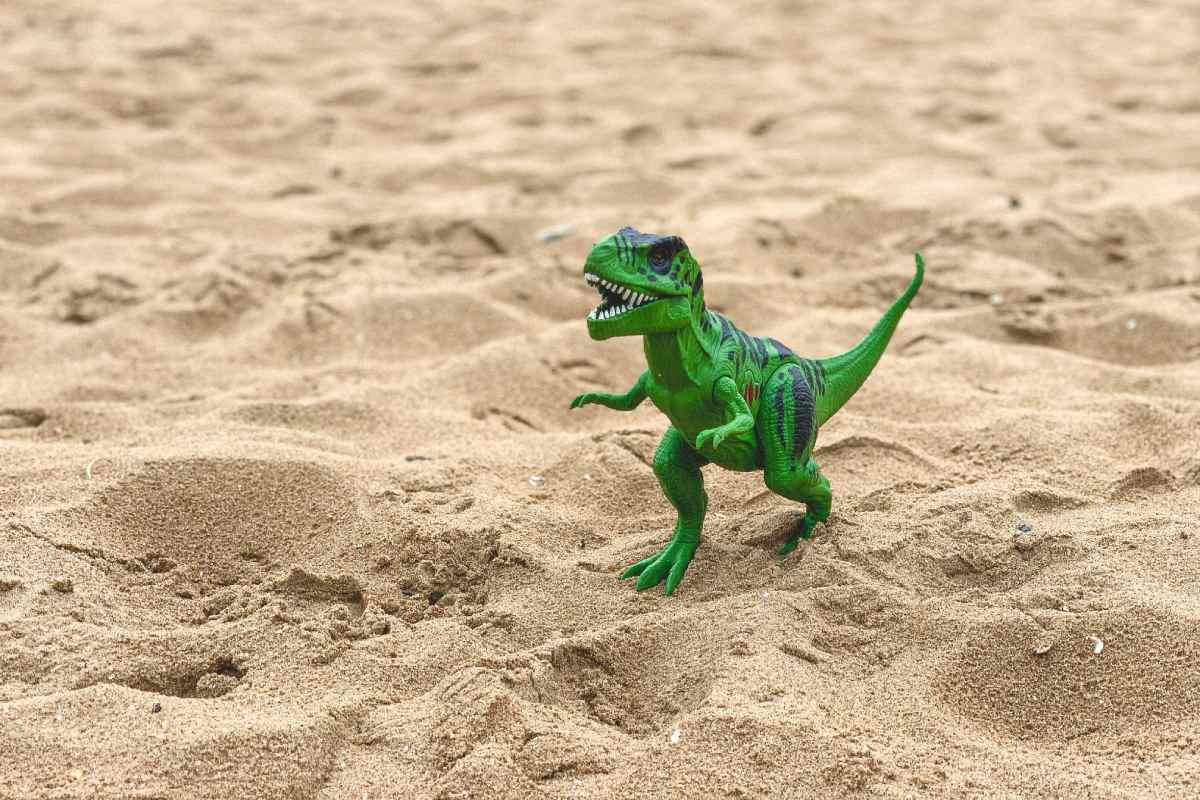 There is a poem by Gianni Rodari, the Italian children’s book writer I can’t stop raving about, that has always stayed with me.

It’s called “Ferragosto”, after the name of the Italian public holiday that falls on 15 August, and it’s about children who can’t afford to go on vacation. I can’t find an English translation, and I am not a literary translator, so it will have to suffice to say that the poem ends with the idea of a government that makes trips to the sea and to the mountains free for all children.

The poem made an impression on me as a child because I was well aware of how lucky I was to have vacations and to be able to travel. My parents owned a camper van, and we spent long summers driving through Greece and Turkey, learning about different ways of life and languages. I knew this made me stand out from others in my public school because I had classmates who couldn’t even afford a day trip to the beach (and I grew up in the outskirts of Naples, on the Mediterranean Sea), while others owned a house by the sea somewhere in southern Italy and went back to the same place every year.

My long vacations were possible because my mother worked as a teacher (and so our vacations as children and hers coincided, which does not happen for most adults out there) and my father worked as a freelance engineer and could organise his time off. They also had a second job, which was buying everyday-use objects and antiques around the world and then selling them at markets — so technically our vacations were also time for them to work and for us to trail behind them in dusty markets and poorly lit antique shops around Turkey and eastern Europe.

Today, social media and the internet are full of accounts and articles on the benefits of travel for both children and parents. Globe-trotting is presented as something essential, not a privilege. But soaring post-COVID costs have put travel out of the reach of even more people. What does this mean for parents? And are children really missing out if their families can’t afford to hop on a plane to a far-flung destination?

Having time off with the family can create great opportunities for children’s brain development, much like unstructured play and exploration do on a daily basis, as Margot Sunderland, a British child psychotherapist, argues in this article in The Telegraph. She refers to research by Jaak Panksepp, the late neuroscientist at Washington State University who wrote extensively about the benefits of play.

But there is no need for distant travel for that, nor is travel necessary to have time to relax with children. If the parents are stressed (because the vacation is expensive or because they are stuck in an airport for several days), then the potential for family bonding decreases too.

And making vacations a tenet for middle class life can bring a lot of stress. Rodari may have written “Ferragosto” in the 1950s, some seventy years ago, but holidays are still unaffordable to lots of middle class families. Research in Italy shows that four families out of ten cannot afford to go on vacation, while in the U.S., a 2021 survey found that nearly half of travellers were likely or definitely going to take on debt to fund summer travel, with millennials and parents of younger children more likely to incur debt.

“It is OK to say no to travelling with young kids purely to save yourself the logistical burdens added to an already overwhelmed mental checklist, inevitable poor sleep and the overall negative psychological toll,” writes U.S. journalist Katherine Goldstein, whose newsletter The Double Shift I highly recommend.

But what alternatives do we have as parents when our young children are out of school and they are too young to be able to entertain themselves? If you are lucky enough to have family around, then you may have grandparents willing to help while you work. Otherwise, you would probably spend quite a lot of money on childcare or summer camps anyway.

Some schools are experimenting with summer opening hours. In Italy, where summer vacations are the longest in Europe (11 to 13 consecutive weeks), there is a project to keep schools open in summer, but it is aimed at older children and it is mainly to fight against the summer learning loss. In the Netherlands, some schools remain open 50 weeks of the year, and parents (and students) choose when they go on holiday, reports Dutch journalist Lynn Berger, who is also a member of The First 1,000 Days community.

As things currently stand, parents have very few weeks off work and children are off school (or daycare) for much longer. So there is a total mismatch when it comes to family life. So, let me go back to Rodari’s poem: let’s give children a chance to have subsidised summer camps and paid holidays, or at least give parents more of a chance to be with them over the summer, as Berger argues too.

Let me turn to you now. Do you have happy memories of family vacations? And do you enjoy vacations with your young children? And how do you organise child care in summer? Please become a paying member to leave a message under this story.

Speaking of vacations, I will be taking two weeks off from the newsletter for a short break. I will be back in your inboxes on September 8.

This insightful piece by OluTimehin Kukoyi in OkayAfrica about what the U.S. Supreme Court ruling against abortion means for the African continent is a necessary read. For example, aid funding to sexual and reproductive health and rights initiatives can be affected if the funding comes from the U.S., which has happened in the past under Republican presidents who reinstated the so-called “global gag rule”. This policy says that international organisations that benefit from U.S. government funding are not allowed to provide abortion services, even in countries where abortion is legal. Even though this policy is not in place under the Biden administration, the stigma attached to abortion could grow — as could the impact of ultraconservative religious organisations that operate globally. But African countries can still choose, writes Kukoyi: “at this time, it is vital that African governments demonstrate a commitment to the health and wellbeing of their citizens by rejecting the line being toed by the U.S. Africans deserve access to reproductive health services that enable them to decide whether and when they want to become parents, without the risk of being criminalized for a bodily function that sometimes lies outside of their control.”

I simply love the RadioLab podcast, and this episode on the importance of names is quite surprising on many levels. Many parents have felt the responsibility (or maybe not!) of naming their children, as I have written about in the past. This podcast takes the importance of naming to a different level. For example, it delves into medical history to look at how a descriptive name for a mysterious disease helped understand what the disease actually was, while a name based on a (wrong) hypothesis had doctors puzzled as to how to help their patients. There are also hilarious moments, like the story of a firefighter named Les McBurney.

Beautiful Boy was a tough film to watch. Based on a true story, the film focuses on the relationship between a father and a son who becomes addicted to methamphetamines. It was a hard watch because the film shows a loving father-son relationship developing over the years, interrupted and disrupted by the drug addiction that seems practically unstoppable. (Meth is highly addictive, and chances to recover from an addiction are in the single digits, an expert tells the father in the film.) As we follow the father’s pointless attempt to understand why the son has become addicted, it is hard not to feel deep pain and fear as a parent.

U.S. poet Ada Limón, whose book The Carrying I have recommended before in this newsletter and to many friends, has been named the U.S. poet laureate. I was so happy to hear the news, and so inspired by her approach to work and her connection to nature, which I got a glimpse of in this report by PBS.

My recent story about gentle parenting prompted a lot of responses. Thanks to all who sent me virtual hugs after hearing what my then-friend said. But more importantly, it seems that my mention of the 25% rule struck a chord with many. “I thought the idea of the “25% approach” is just genius!” wrote Mariana from Brazil. She added that in Brazil, a lot of parents are experimenting with a non-violent communication approach, which is also becoming like a religion, she says. “It could of course be a good tool to negotiate. But I see a lot of mothers here approaching it like a lifestyle. And from what I see, sooner or later, mothers end up being frustrated with themselves, as if it was her own fault not being able to communicate gently all the time,” wrote Mariana.

Richard wrote from the United States about another potential risk of thinking there is only one right way to parent: “It’s fortunate that you were in Italy, and the person who passed such harsh judgment on you is — or was — a friend. Unfortunately, were this person a stranger, and had these events unfolded in the United States, the odds are excellent that the next day Child Protective Services would have been at the door interrogating the family and inflicting emotional torment on Lorenzo far worse than any act of yelling by a parent could cause. One of the biggest lessons I learned as a father is one that what have been aptly termed, ‘family police’ agencies never seem to get: When it comes to how to raise a healthy, happy child, there’s more than one right answer.”

If you feel like adding something to that conversation, it is not too late. You can leave a comment below the story here.